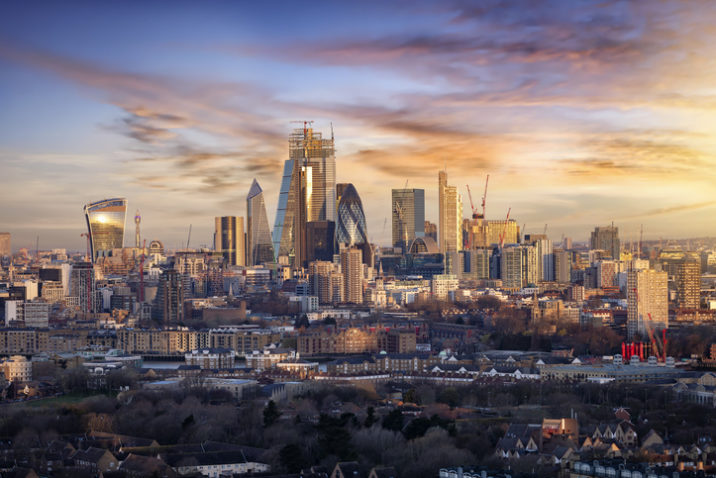 The firm, led by former Goldman Sachs and Mount Kellett executive Nick Weber, has closed its Henderson Park Real Estate Fund I at $2.2 billion of equity after a final $700 million round – 131 percent more than the initial $950 million target it set when launching the vehicle in 2017.

Such has been the support for HPREF I that Henderson Park was prompted to raise the hard-cap to allow investors to increase their initial commitments, some in the region of 50 percent more.

Fundraising was endorsed by a slew of consultants, including Aon Hewitt, Mercer and Rocaton Investment Advisers, and assisted by placement agent Lazard.

Explaining why Henderson Park was given more than double the equity initially targeted, Weber told PERE: “We were 56 percent invested six months before the end of our fundraise period and our LPs thought it would be better to give the firm more runway to invest before having to go out and raise a next fund.”

“This additional capital would also give Henderson Park more time to season its portfolio of assets. As a result, we were able to hold a $700 million final close primarily from existing investors increasing their commitments to the fund. These investors liked the visibility they had of the first $1 billion of equity committed and deals done.”

Weber said investors, also comprising pension funds, insurers, endowments, family offices and other high-net-worth-individuals, were encouraged by what he described as “sector bets” made across the region. Deploying as much as $1.9 billion of equity so far, including $750 million in sidecar capital, Henderson Park has now acquired $5.4 billion of assets across 19 investments, including Paris hotels and London private rented sector housing.

Lately, it has also taken advantage of the post-Brexit vote office space, which has seen values fall in the wake of the referendum in 2016. Student housing in the UK and Spain has also seen investment from HPREF I and in recent weeks there has been a string of transactions in new markets including Poland and Germany as well. Typical equity checks have been in the $50 million-$150 million range, Weber said.

In another statement, expected to be released over the coming days, Weber said: “Over the past two years, we have been very targeted in our approach to investments. We have leveraged our team’s track record and network of operating partner relationships to build a significant portfolio of high-quality assets where we have identified the opportunity to create value.”

The firm is aiming for value-add to opportunistic IRRs and equity multiples from its outlays, implying an IRR of 15-20 percent and 1.5-2x multiple. Weber’s deals at Mount Kellett are understood to have outperformed these targets. One Mount Kellett investor, which went on to back Henderson Park, previously told PERE these deals returned 27 percent gross and 2.1x. The returns were articulated in a profile interview conducted with Nick Weber in 2017. Read it here.

Before the final closing of HPREF I, the biggest Europe-focused maiden fundraising was achieved by Kildare Partners, the private equity real estate firm of Ellis Short, which closed on $1.9 billion for its Kildare Partners I in 2014. By comparison, private real estate’s market leader Blackstone, which is on the cusp of closing on $10 billion for Blackstone Real Estate Partners VI, its latest opportunity fund for Europe, raised €824 million for its first Europe-oriented vehicle, Blackstone Real Estate Partners International, in 2001.

The fundraising also propels HPREF to becoming the sixth biggest European fund raised in the sector, behind three funds by Blackstone and one each by Carlyle, the US private equity firm, and Aermont, the manager led by sector veteran Leon Bressler.

Matilde Atollico, global head of funds advisory at property services firm JLL, described the HPREF’s record closing as a testament to Weber’s attention to investors and the pace at which the fund has been deployed. “The feedback from investors I receive is that he spends a lot of time responding to their requirements. He gets a lot of credit from them for that.”

“The raising has also been fueled by the pace of investments and the standard of the deals done. The biggest frustration for investors backing opportunity funds is often the pace of investment. That has generally been slow, but Nick has been able to deploy swiftly. In a sense, investors coming into the final round are actually buying a secondary.”

Richard Divall, head of cross-border capital markets for Europe at rival agency Colliers, added: “This tells us that a lot of investors rate them. They’re buying products that offer attractive returns and they’re doing it opportunistically. Investors are looking at them as the new boys in town, a manager that is buying sensibly and they’re saying: ‘We’ll risk our money with you.’”

IN CASE YOU MISSED IT

A verification email is on its way to you. Please check your spam or junk folder just in case.

If you do not receive this within five minutes, please try to sign in again. If the problem persists, please email: subscriptions@peimedia.com.

Not for publication, email or dissemination

Record fundraises do not signal the market’s starter gun is set...