This article is sponsored by Yardi Systems

Amid the pandemic, the private real estate industry has found new ways to carry out due diligence via digital tools, which has helped put capital to work. New demands for more detailed information are also helping to create transparency in real estate markets, which, in turn, is increasing efficiency in price discovery, Jeff Adler, Yardi Matrix vice-president, tells PERE’s Alicia Villegas. Beyond these developments, managers should keep an eye on changes in US local regulation, as well as more demands when it comes to ESG and diversity.

How has going virtual during the pandemic impacted the level of investor scrutiny on real estate managers and physical assets?

It’s made it a little more difficult, because most investors are used to traveling to the physical asset to see it or going to meetings in person with managers and getting a sense of who they are. They’ve had to adjust and handle these things on Zoom – and by the way, it’s actually worked out quite well.

I know a number of clients that have raised very large funds during this entire period of time completely virtually, and they remark with almost an amazement and great satisfaction that everyone’s been able to work together on raising capital.

It is true that it’s worked best where there was a pre-existing personal relationship that could be built upon in a new fundraise. It’s been a bit more of a challenge if you truly don’t know the person, you have no relationship with them, you’ve never met them and you’re trying to assess them via Zoom. Nonetheless, funds have been raised and capital has been deployed throughout this entire process.

When it comes to the acquisition process, with some adjustments, it got on track back in June and July last year. Apart from physical unit inspections, most of what you could do in due diligence has been accomplished virtually – investors, for instance, have been doing property tours with FaceTime. A lot of the superfluous travel has been scaled back too. Transaction volume in multifamily and industrial has been strong – less so in office, but that’s because of the fundamentals, not necessarily because they couldn’t do it.

Are you seeing specific legal or business risks because of virtual due diligence?

The signing of documents proved to be a little bit ‘hinky,’ but digital electronic forms were there, and they’ve been rapidly adopted. There were already digital deal rooms and now it’s been more adopted. So, these technologies – digital deal rooms, digital signatures – were around. There’s been some adoption among government agencies of digital notarization. Everyone’s adjusted.

I’d say the only business risk is if you needed to do in-unit inspections. Apart from that, it hasn’t been a huge issue, and there have been accommodations and adjustments made. I think the industry’s done a great job.

How can real estate managers improve processes for better data analytics to help investors in their due diligence process?

We provide information which is aggregated and anonymized on the different asset classes, on expenses, transacted rents, transacted leases, sales activity. On the financial side, that information is much better now, and it gives a much more complete financial picture of the entire property, whatever the asset class. This has been in place for a couple years and is well adopted.

Now, among the occupants, whether it’s a company or a person, trying to get a little bit deeper than the financial information or the demographic information in the area, that’s the new frontier.

For example, the office sector is the one that has been most disrupted. If you think about return to the office, it’s a function of what work each tenant or company is doing. You then have to go below that and see the teams in your building, what kind of work they’re doing and what is the cultural dialogue happening inside the company. If you’re trying to do due diligence and figure out what is the value of a particular office building, you need to understand the culture of the tenants, and the work that’s being performed at a much more detailed level than you otherwise would have needed to in the past. We’re helping our clients with social media tools to tunnel into the dialogue going on inside the company. That usually gets expressed very late to the real estate professionals, but that’s really a big deal on values.

When it comes to multifamily, in most cases, for Class B or A, the sector has performed enormously well. Even when the drawdowns in occupancy and rents have been severe in major international gateway cities, the urban cores at the upper end of the market are recovering now – first in occupancy, although not quite yet in rents. Suburban areas within major metros and all the tech hubs have done very well, though. There is about a 6 percent problem with delinquencies that are very aged receivables. These may or may not get paid with government assistance; there’s a process going on. But all in all, the multifamily sectors have done quite well. Now, if you wanted to get underneath that, you’d have to really understand the credit score profile of the actual residents. On an aggregated basis, you can look at the credit score profile of certain areas or certain buildings, which gives you a little deeper window.

Are ESG and diversity gaining importance in the due diligence process?

ESG is gaining a greater level of interest. It first came from European pension funds. They’ve had longstanding mandates in their funds for disclosure and advocacy of ESG activities, and it has spread to more US-based managers, which are competing for that capital.

It’s less of a requirement for US-based investors. Pension funds and endowments have begun including it in their requests for information, but it’s not necessarily a mandate per se. Once a manager is putting together a set of information for European investors, it’s very easy for a US-based institution to say, ‘give it to me too.’ So, that has been drifting into the US’s different mandates and it’s probably got a bit of a push with the Biden administration.

When it comes to diversity, there’s been a meaningful conversation and a heightened awareness. I suspect that will be a part of a broader conversation when it comes to due diligence of investment partners, and we know it’s already become an issue. I know of several organizations that have put diversity into their due diligence questionnaires as it relates to managers. It’s more of an opening, putting it on the conversation, about what actions you’re taking and how that’s going. And I think that is pretty powerful, in that once it’s on the conversation list or on the new diligence list, managers will take actions.

The EU’s Sustainable Finance Disclosure Regulation came into force in March. Do you think, in the future, similar regulatory changes in the US might affect due diligence?

I’m not entirely familiar with that, but it wouldn’t surprise me. I don’t know if it’ll be via regulation, but we’re already moving in this direction anyway more informally, via investors’ mandates. The US tends to operate less on a regulatory mandate basis and more on an influence basis, and that drifts its way into the actions of many US managers.

Is there any other existing or coming regulation in the US that might impact the due diligence process?

When it comes to regulation, the biggest issue of concern is rental regulation. That’s a meaningful topic for certain jurisdictions, and it was already happening before covid. It’s been moved a little bit off the list of first-tier concerns, but I think, as we come out of this, it will return.

An interesting aspect is that the movement of populations in the US and the spreading out of economic growth into smaller cities and suburban areas will offer a temporary reprieve from rental regulatory pressures. But if the issue is not resolved in a positive way, those pressures will re-emerge as employment comes back into urban centers. And we still have the New York City rent regulation.

In California, there’s a state-wide rental regulation that relates to renewal leasing and a certain cap. So, the regulation in the US is more likely to be a local affair – as opposed to a national one – because of the distributed nature of US political power. Housing, office buildings and industrial facilities are generally local issues not really covered by the federal government.

What kind of innovations are you observing that might improve the due diligence process going forward?

Transparency is really where we’re headed. And so, having software tools enables transparency, which is probably one of the biggest overall themes. Due diligence is about attempting to create transparency and reduce the unknowns in a transaction – and the cost. With transparency, there’s an increase in the efficiency of the pricing of assets. Transparency in these financial markets is really what we’re going after. 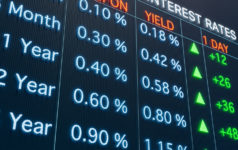 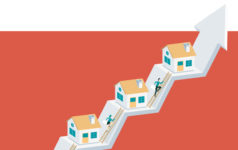