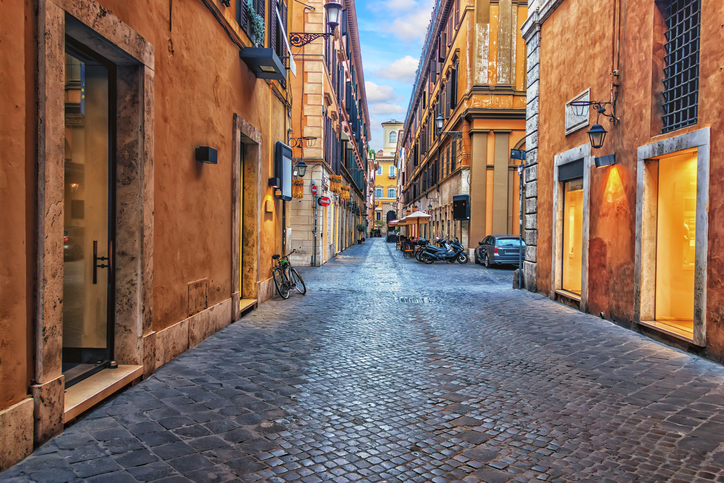 Home News & Analysis Why virus-stricken Italian real estate is not fearing the worst, yet

Heavy silence hangs over the deserted Via del Corso, normally one of Rome’s busiest shopping streets, lined with luxury retail stores. The rest of Italy is tinged with the same eeriness as the country struggles to deal with one of the world’s worst outbreaks of covid-19.

As the epicenter of the outbreak in Europe, Italy’s death toll had passed 3,400 and overtaken China’s as PERE was going to press. This is more than triple the number of deaths in the second most impacted European country — Spain, according to the European Center for Disease Prevention and Control.

A nationwide lockdown and closure of all non-essential businesses obvsiously stand to negatively impact transaction volumes in real estate, an industry with a high ‘touch and feel’ element.

PERE has learned several big transactions between €10 million and €50 million have been put on hold until the lockdown is lifted, given practical considerations around closing. These include firms unable to send surveyors to make property assessments and banks unable to provide financing. And even if a transaction is nearing completion, firms would not be able to register contracts or find a notary to finalize the process, with most public offices shut or operating at minimum capacity.

There are big differences in market fundamentals between the current situation and the Lehman crisis. – Rodolfo Petrosino, Ardian Real Estate

Danilo Orlando, founder of Beliving, the Rome-based associate of real estate services firm Savills, said his business has also suspended all marketing campaigns. But he believes this pause in activity is temporary and there is no panic in the market. In fact, one to two days before the lockdown came into effect, he says he was still receiving offers and closing contracts as usual, including completing a sale of an apartment in Rome’s Trastevere district to a retail buyer.

“None of my clients have canceled any deals that were in the advanced phase,” he says. “Whatever assets were on offer and were close to signing are proceeding. Clients are just putting on hold new deals and everything in the early phase of the investment decision process.”

European investment manager Ardian is one firm that signed a sizable transaction in the thick of the uncertainty. In late February, the firm announced the acquisition of a 28-asset portfolio from the Italian bank Monte dei Paschi di Siena for a price understood to be around $350 million. The bidding process for this portfolio began last July and Ardian expects to sign the preliminary sale and purchase agreement by end of April.

According to one person familiar with the transaction, the coronavirus-triggered volatility has not impacted the firm’s underwriting plans for the portfolio for several reasons. Around 90 percent of the portfolio’s value is concentrated within five assets located in Rome, Milan, Florence and Padua, making it a defensive bet, given the assets’ prime city center location. Most of the assets will also remain fully occupied for at least one year, including the bank’s headquarters in Milan. The person also said Ardian did not pursue any last-minute price renegotiation with the seller in response to the market disruption.

Ardian has invested a total of €1 billion in Italian real estate, of which the firm disposed of assets worth €300 million last year. The person familiar with Ardian’s strategy says the ongoing situation will only result in a delay in decision-making and not any price revision. Indeed, PERE understands the firm is on track to divest around €100 million in assets this year, which includes some ongoing transactions.

Other firms are initiating measures to gauge the impact of covid-19 on their portfolios. Orlando says he is aware of Italian investment companies and international funds conducting risk sensitivity analysis exercises to determine what future risks their portfolios may face. For example, a halt in construction activity could create a delay in the delivery of units, which could lead investors to become embroiled in civil disputes with the buyers. Or, a change in available bank financing or the asset’s net operating income could force the firms to reassess the valuations entered on their balance sheets.

We foresee prices are not going to drop so quickly because of this situation, as long as there is a quick recovery. – Danilo Orlando, Beliving

However, underwriting aside, industry observers do not expect the outbreak to severely derail real estate investments. Property services firm CBRE points to how the pressure on the European Central Bank and other central banks for a continued accommodative approach to monetary policy will ensure an ongoing low-yield environment. Other relief measures are being rolled out too, including suspension of mortgage payments for individuals and households across Italy.

2019 was also a banner year for the Italian real estate market, with Savills estimating the first half to be the best H1 for the country’s property sector in a decade, with over €5 billion invested. This was a 45 percent increase compared with H1 2018, with office and hospitality segments driving the bulk of the growth. The third quarter was equally strong, with €2.2 billion in investments. Local industry professionals are hoping this recovery will also help Italy’s real estate market override the short-term volatility brought on by covid-19.

“The Italian real estate market was actually recovering, and the demand was very high. That is why we foresee prices are not going to drop so quickly because of this situation, as long as there is a quick recovery,” explains Orlando. “People in Italy see real estate as a way to protect their savings. This is not a financial crisis at the moment. If banks keep providing financing to people after this emergency stops, we do not foresee big consequences for the real estate market.”

Comparing the current situation with the 2007-08 financial crisis, Rodolfo Petrosino, senior managing director, southern Europe at Ardian Real Estate, says there are big differences in market fundamentals between the two.

“Generally speaking, European markets are more efficient and there is no oversupply of product particularly in the office segment,” he says. “Following the Lehman crisis, there haven’t been any opportunistic developments and this helped regulate market absorption. In addition, prior to Lehman, real estate was overleveraged – which is no longer the case. If you look at the existing stock in all major European cities like Paris, Berlin, Munich, Milan, the vacancy rates in those cities, particularly for grade A assets, are very close to zero.”

For now, local industry professionals in Italy are choosing hope over fear as they confront the unknowns of an unprecedented pandemic.