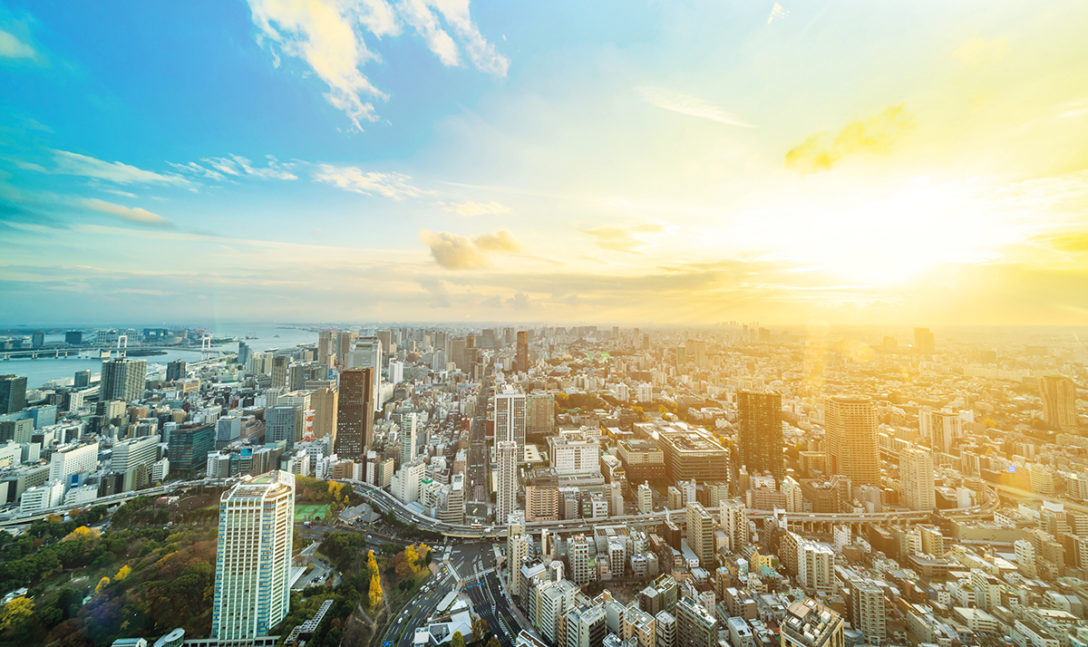 Japan has maintained its popularity as a real estate investment location. Established international private equity investors have raised substantial capital to invest primarily in the logistics, residential and office sectors.

International investors have been operating in Japan for decades, and a number of large US private equity real estate players have offices in Tokyo and built up substantial track records in Japanese real estate. Investment by overseas investors in Japanese real estate in 2020 was up 24 percent year-on-year to $11.71 billion, according to CBRE figures. The number of managers with local teams enabled continued investment, despite the border restrictions to curb the spread of covid-19.

Many of these managers have substantial equity to invest in Asia-Pacific and intend to allocate much of this to Japan, the largest developed market in the region and one with no restrictions on foreign ownership of real estate.

Managers with capital to spend in Japan include PAG, which raised $2.75 billion for its latest Asia-Pacific fund; BlackRock, which raised $1.2 billion earlier this year; and BentallGreenOak, which last year said it planned to invest up to $10 billion in Japan over the following two to three years. Meanwhile, the largest Asia-Pacific real estate fund closed in the first half of 2021 was ESR’s latest Japan logistics vehicle, which raised $1.35 billion.

PERE data shows fundraising for Japan real estate funds in the first half of 2021 hit $2.18 billion, more than the total for the whole of 2019 and 2020 combined. There is also a considerable number of funds in the market with a strong Japanese focus.

The nation is an increasingly important source of capital for real estate investment managers, albeit from a low base considering the size of the market. However, larger Japanese institutions continue to look at overseas real estate funds.

Japanese GDP fell by 4.8 percent in 2020, but is set to rise by 3.7 percent this year, according to the government. The nation has been relatively unscathed by the pandemic, though progress in rolling out vaccinations has been slower than in many other developed nations. The Tokyo Olympics were meant to be a crowning achievement for Japan, cementing its new reputation as a tourist destination. Yet the continuing pandemic made the postponed games a subdued affair with no spectators. Nonetheless, a number of infrastructure upgrades made for the games will benefit Japan in the future.

Japan has Asia’s largest stock of core real estate and, as such, is in demand from global investors looking for stable cashflows. Even with compressed cap rates, the ability to borrow extremely cheaply (Japan’s 10-year bond yield is zero) means core investors can hit their return targets relatively easily.

The preferred sectors have been multifamily residential – as Japan is the only market in the region of any size and depth – and logistics. Both multifamily and logistics have performed well throughout the pandemic, the former demonstrating resilience and the latter thriving.
The stability of residential cashflows has attracted foreign investors including Allianz Real Estate, AXA IM – Real Assets, Blackstone Group, Nuveen, PGIM Real Estate and Savills Investment Management, all of which have acquired assets for specialist residential funds or core strategies.

The popularity of the multifamily sector has driven yield compression in Tokyo and pushed investors into Japan’s large provincial cities, including Osaka, Nagoya, Sendai and Fukuoka. AXA IM – Real Assets has spent more than $500 million on residential properties in Nagoya, for example. Smaller cities offer higher yields than Tokyo, but not the same degree of liquidity.

The logistics sector has been one of the strongest performing in Japanese real estate, with demand driven by an undersupply of modern space as well as the growth of e-commerce. The world’s largest logistics specialists, including ESR, GLP and Prologis, are all present in the market alongside domestic investors and private equity real estate players such as CBRE Investors and LaSalle Investment Management.

The supply of modern logistics warehousing in Tokyo and Osaka has been substantial, with more planned for 2022 in the capital. However, brokers expect the new space to be absorbed relatively easily due to strong demand and the anticipation that rents will continue to rise, albeit slowly.

Beyond multifamily and logistics

The growth of online traffic means increased demand for data centers, a sector attracting interest from both domestic and international investors. However, there are few standing investments available, so development in partnership with an operator is likely to be the preferred route for larger real estate players.

In the office sector, vacancy rates have been on an upward trend nationwide, and rents are expected to fall in most cities, including Tokyo, Nagoya and Osaka, through 2023. However, in some regional cities where new supply is limited, rents are expected to bottom out at a relatively early stage.

The trend toward working from home does not seem to be as dominant in Japan as it is in Western economies, due to smaller home sizes and the cultural importance of ‘presenteeism.’ Regional cities with shorter commuting times are also seeing less homeworking than Tokyo. Offices remain popular with private real estate investors and the large lot sizes available, even in provincial cities, are a boon to those with significant capital to invest.

The retail and hospitality sectors have suffered across Japan as a result of the pandemic shutting off the country to tourists and reducing domestic travel. However, it remains to be seen whether retail will bounce back or continue to suffer due to e-commerce, as has been the case in other developed markets.

Nevertheless, the longer-term outlook for hospitality is more positive. Japan had seen sharp rises in tourist arrivals prior to 2020 and the nation’s food, hospitality and culture are popular globally. There has not been much distress in the hospitality sector so far, though some cities – such as Kyoto – were battling oversupply before the pandemic.