PERE
Home News & Analysis Managers Who will be the winners and losers of pre-covid funds?
Return to search 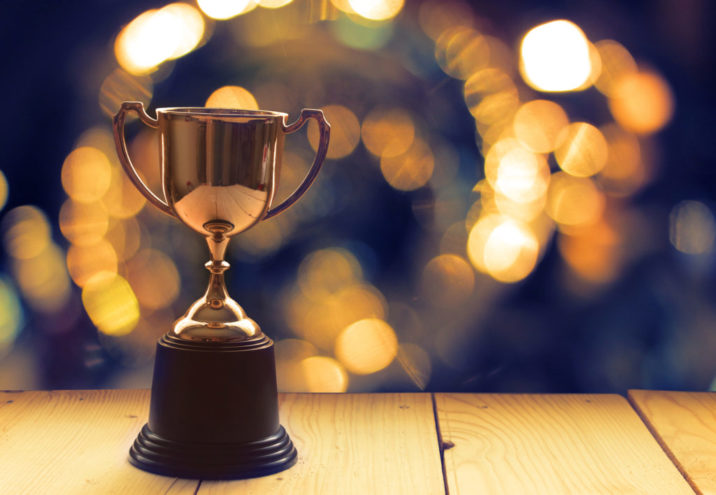 As the covid-19 pandemic brought the private real estate world to a halt in March, 2017- to 2019-vintage funds effectively became crisis-year vintages. Although fully raised, they were generally in the earlier stages of deployment at the onset of the crisis.

For Meagan Nichols, global head of real assets at consulting firm Cambridge Associates, how well these recent vintages perform will depend largely on one factor. “If you think about the hardest-hit vintage funds that were raised in 07, 08, one of key differentiators in performance was how quickly they put out the capital and where they were weighted pre- or post-Lehman,” she says. “If more of their capital had been put out pre-Lehman, they had obviously bought at much higher valuations. Those that had been slower to deploy capital ended up doing better because they had more dry powder. They took longer to deploy that capital, but they did better.”

“If you think about the hardest-hit vintage funds that were raised in 07, 08, one of key differentiators in performance was how quickly they put out the capital and where they were weighted pre- or post-Lehman” Meagan Nichols, Cambridge Associates

For this reason, the performance of recent vintage funds could vary significantly. “It’s not so much a question of when was capital raised and how broadly those vintages do, but rather how much dry powder did GPs have in mid-February and are going to have now in order to go out and take advantage of opportunities as they do start to arise,” Nichols says.

She notes that 2010- and 2011-vintages “were some of the greatest vintages that we’ve seen in a long time.” While managers and investors were dealing with massively impaired real estate portfolios in 2010, the deals that were done during that time were among the most valued and creative in recent memory, Nichols explains.

Of the $155 billion raised across 206 2019-vintage vehicles, just 3 percent had been deployed as of December 31, according to Cambridge Associates data. Meanwhile, 2017-vintage funds and 2018-vintage funds also had low paid-in percentages of 29 percent and 18 percent, respectively. The firm – whose data set encompasses 1,145 closed-end, commingled real estate funds from the years 1986 through 2019 – defines vintage year as the legal inception year of the fund rather than the year when capital is first drawn. PERE defines the vintage year as the latter, but nonetheless the vintage years as defined by both Cambridge and PERE were the same for the 10 largest funds that closed in 2019. The sole exception was Henderson Park’s Henderson Park Real Estate Fund I, which had a legal inception year of 2016 but had its first capital call in 2017.

The amount of dry powder has remained high for recent vintage-year funds because of the slower pacing of deployment, says Doug Weill, founder and co-managing partner of real estate advisory firm Hodes Weill. “What we have been seeing in the past few years is that fund managers have been deploying capital at a much more measured pace than in prior cycles and actually deployment was slowing down,” he says. “So, you were seeing managers come to market to raise their funds a bit more spaced out relative to maybe a few years after the global financial crisis.”

John Ferguson, partner and co-chair of private investment funds and real estate investment funds at law firm Goodwin Procter, notes that one aspect of dry powder is to have additional capital available to commit to existing investments, which post-GFC has meant reserving 10-20 percent of a fund’s equity for follow-on opportunities. But “dry powder, in addition to being able to be used defensively, is also a different way of saying people haven’t spent all of their money and therefore are limited in the amount of asset declines that may have already occurred,” he says.

Ferguson estimates that a real estate fund has an average investment period of four years, and an average reserve of 15 percent. Most managers are therefore expected to deploy approximately 20 percent of a fund’s overall commitments each year over the four-year period.

This has been particularly the case with industrial – one of the better-performing property sectors – and retail – which has come under increasing pressure – over the last couple of years. “That’s been contributing to an increased spread in the returns of funds,” Reid remarks. “Funds that have had higher weightings to the retail sector have been dragged lower, and funds that have higher weightings to industrial have been pulled up.” Sector allocation could have further impact on a fund’s returns as the crisis potentially accelerates some of the sector-related trends that have been taking place over the last few years, he adds.

More important to a fund’s performance than geography or sector allocation, however, is asset selection. In an asset-level analysis of how allocation and selection contributed to relative returns for 94 real estate portfolios between 2008 and 2019, MSCI determined that the asset selection score given to a particular portfolio accounted for an average of 70 percent of that portfolio’s relative return, compared with an average of 30 percent for market and sector allocation.

“I may have been overallocated to an underperforming segment that hasn’t done as well as the overall US property market. But I may have picked some outstanding properties within that segment and their performance might have been much stronger than your average retail mall,” Reid explains. MSCI did not elaborate on how asset selection, sector allocation and market allocation contributed to overall fund-level performance relative to dry powder and other factors.

“If you look at the last major disruption or downturn, the global financial crisis of 2008-2009, there was this dispersion in performance outcomes. Most markets were falling. But the rate at which they were falling wasn’t the same. You had this widening gulf between the best and worst performers” Bryan Reid, MSCI

Asset allocation becomes an even more significant driver of relative returns during times of crisis, Reid points out. “If you look at the last major disruption or downturn, the global financial crisis of 2008-2009, there was this dispersion in performance outcomes,” he says. “Most markets were falling. But the rate at which they were falling wasn’t the same. You had this widening gulf between the best and worst performers.” As the spread in returns between portfolios increased during periods of market stress like the GFC, MSCI observed more variation in both allocation and selection scores, but saw that asset selection tended to account for more of the relative return during these crisis years.

“The performance of individual assets over the coming couple of years is going to be very interesting to keep an eye on because real estate is a very heterogeneous asset class,” Reid notes. For example, two properties can be very similar in terms of location, quality, size and occupancy profile. But if one signs a brand-new tenant and the other loses a tenant, those two assets can have radically different performance.”

He adds: “While we don’t know exactly the impact of covid-19 is going to be on real estate markets, we know that there will be flowthrough to real estate. It’s not going to affect every asset or every market the same way, so there is that potential for asset selection to be a really important driver as we move through this crisis.”

Indeed, asset selection and sector allocation, along with dry powder, will be among the key differentiators that separate the strong performers from the weak among 2017- to 2019-vintage funds. Despite closing in the years leading up to the covid-19 crisis, most of these funds will have their performance fates determined by far more than their vintage years alone.