The fund will carry the same investment strategy as its predecessors in the Virtus Real Estate Capital series. The Austin, Texas-based firm will use it to invest in the property types of senior living, medical office buildings, workforce housing, student housing, education and self-storage. Virtus has determined that these property types are “cycle-resilient” and that tenant demand is driven by major demographic trends.

Predecessor fund Virtus Real Estate Capital II was launched in September 2015 and closed on $309 million and an additional $100 million was raised for a separate account in July 2017, according to PERE data, after originally targeting a capital raise of $400 million. The University of Michigan committed $30 million to the vehicle. Like VREC III, it targeted a 17-20 percent gross IRR and 1.8x-2x gross equity multiple. It is understood that VREC II will be fully invested by mid-2019.

VREC III will not be invested more than 15 percent in Canada or more than 50 percent in any one individual property type, PERE understands. Further, acquisitions of assets would be made using 60-75 percent leverage, and each property is expected to go through a hold period of three to five years.

The firm’s senior living investments include communities comprising independent living, assisted living and memory care facilities. Virtus believes that income from senior living tenants will be steady and defensive, even in the event of any economic downturn, because it is “needs-based” and demographically driven. The firm also believes so-called ‘Baby Boomers’ are starting their retirement years and there is an undersupply of senior living facilities to accommodate the demographic shift. Similarly, Virtus has also invested in medical office buildings used by healthcare providers that will also be affected by the aging generation.

Virtus has also backed the millennial generational cohort and the US’s increasing number of Hispanic Americans, seeing the two demographics as the main drivers behind the demand for student and workforce housing. As millennials begin to form families, Virtus expects them to fuel demand for education assets such as charter schools. Meanwhile, the firm observed that Hispanic Americans’ greater tendency towards larger households will result in the need for self-storage facilities. The firm owns student housing units around the University of Oklahoma, University of Illinois Urbana-Champaign and Rutgers University, according to its website.

Virtus was founded in 2003 by chief executive Terrell Gates. The firm also has commingled funds that target a singular property type, such as student housing or self-storage. Previous institutional investors to back its strategies include the University of Michigan, The Tim and Leah Chapman Foundation and the Carroll County Health Services Corporation and Subsidiaries, according to public investment documents. JTP Capital has previously acted as a placement agent for Virtus, according to its website. 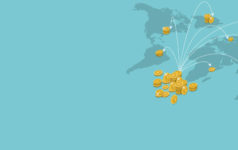