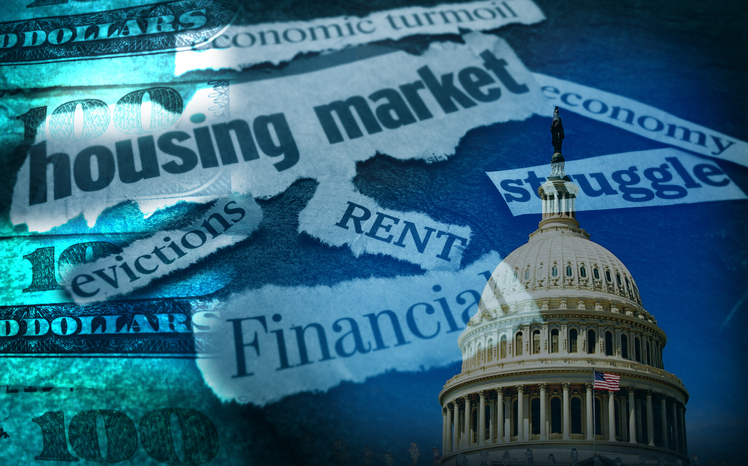 The August 26 US Supreme Court ruling to end the Centers for Disease Control and Prevention’s national eviction moratorium has kicked off a race to save millions of people from being forced from their homes.

In her opening remarks, chairwoman Maxine Waters expressed concern that state and local governments had only used 11 percent of the $46.6 billion in ERAP funds following the program’s launch in January. “There’s no question that the funds are not reaching landlords and renters quickly or widely enough,” she said.

David Schwartz, chairman and chief executive at Chicago-based manager Waterton, asserted during his hearing testimony that “without action to address ERAP’s current limitations and increase participation in the program, renters are faced with further uncertainty in a mounting debt cliff while housing providers are forced to address rental losses through foreclosure, bankruptcy, removal of the property from the rental stock and other measures with long-term market impacts.”

Although moratoriums have helped to reduce evictions and foreclosures, they have also led to an increase in unpaid rents and prices. Schwartz, who is also chair of the National Multifamily Housing Council, tells PERE that, anecdotally, rent payments have picked up since the national eviction ban was lifted. “Renters, when faced with evictions, are settling their debts,” he observes. That said, Schwartz notes that the highest levels of unpaid rent in the US are in states and counties continuing their own moratoriums.

Because apartments barred from evicting tenants were effectively removed from available supply, “this led to a market distortion where supply is very constrained, and prices of properties and rents increased to meet demand,” says Elie Rieder, chief executive at Castle Lanterra Properties, a New York-based multifamily-focused real estate investment firm.

Schwartz estimates that more than one million units have been subject to moratoriums. Against a surge in demand, this has contributed to “rental inflation that is as high as I’ve seen in my career in 30-plus years.” But he expects some of that inflation to subside as units re-enter the housing stock post-moratorium.

The end of eviction and foreclosure moratoriums is unlikely to have a major impact on the institutional multifamily market, David Bitner and Kristina Garcia, researchers at Chicago-based commercial real estate brokerage Cushman & Wakefield, wrote in an August report. The national multifamily rent non-payment rate remained below 10 percent throughout the pandemic, according to C&W Asset Services.

However, “there’s been a major shift in institutional strategies to working down market in terms of income,” Bitner tells PERE. “We’ve definitely seen major shifts in terms of affordable housing within the last year, and for the last five years or so in workforce housing, so they’re probably more exposed to these delinquent renters than they would have been during the last downturn.”

Indeed, Class C properties – which include most affordable and workforce housing – have accounted for 29 percent of the total US multifamily investment volume for four consecutive quarters, the highest such percentage since June 2014, according to Cushman & Wakefield data.

“Evictions and foreclosures will undoubtedly increase after eviction moratoria end,” Bitner and Garcia noted in their report. “But questions remain as to how much they will increase.” They added that a particular market’s resilience to eviction will vary based upon multiple factors, including the local unemployment rate and renter delinquency percentage.

Also critical will be the pace of rent relief distribution. With deployment now picking up, “there is cause to be optimistic,” writers Jim Parrott and Mark Zandi remarked in a Moody’s Analytics report in September. If both state and local authorities and the Treasury act quickly and efficiently, “most renters put at risk of eviction by the pandemic should be able to hold on to their homes,” they said. That is the desired outcome for many multifamily owners as well.