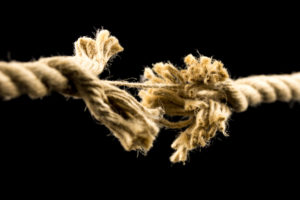 Commercial real estate transactions in the US are falling apart at a much higher rate than usual as buyers adjust their price expectations amid the coronavirus pandemic.

Busted property sales accounted for 1.1 percent of the total number of deals that closed in March, more than five times the 0.2 percent of deals in February and nearly three times the 0.4 percent monthly average registered from 2016 to 2019, according to a new report from Real Capital Analytics.

The sharp percentage increase in failed transactions last month resulted not only from more deals falling out of contract, but also from fewer deals that closed.

“A rising number of busted deals shows that market participants saw the growing economic calamity and realized that the assumptions they had in place for transactions no longer worked,” said Jim Costello, senior vice-president at RCA.

The report compared all deals by property sector that collapsed last quarter versus those that fell apart during the global financial crisis. Although the figures are still “thin and likely to be revised as we progress through the market downturn,” certain sectors have seen more failed deals than others and have been affected differently than they were during the previous downturn.

The office sector registered the most failed deals in the quarter, with 37 percent of sales falling out of contract compared with 24 percent in the global financial crisis. It was followed by the hotel and the retail sectors, which each saw 21 percent of transactions collapse, compared with 7 percent and 24 percent, respectively, in the last downturn.

In another sign of market weakness and liquidity shortage, the buyer pool also shrank significantly last month. The market received 794 unique buyers of commercial real estate in March, just over a third of the monthly average recorded since 2016, RCA data showed.

Price uncertainty is one reason for the reduction in the pool of buyers, according to Costello: “Price discovery in the market for commercial real estate assets can be a long process. There are a number of steps that buyers and potential sellers will go through before adjusting their expectations in the light of an economic shock. Deals that fail to close and a reduction in market players are leading indicators for changes in market pricing.

“With fewer participants to look at a deal when it is brought to market, a seller is less likely to achieve the pricing they were hoping for in a transaction, as bidding simply will not be as competitive.”

However, despite the uptick in failed deals for March, the total transaction volume for the quarter still increased compared with a year earlier.

Total commercial real estate sales in Q1 2020 rose 11 percent year-over-year to $125.6 billion, largely due to entity-level transactions in the industrial sector, according to RCA. The $13 billion acquisition of Liberty Property Trust by Prologis in February aided to propel entity-level activity to $18.7 billion in March, compared with $2.3 billion a year prior.

Deal volume is expected to continue retreating in the coming months until participants adjust their price expectations but, as Costello said, “the worst is yet to come.”