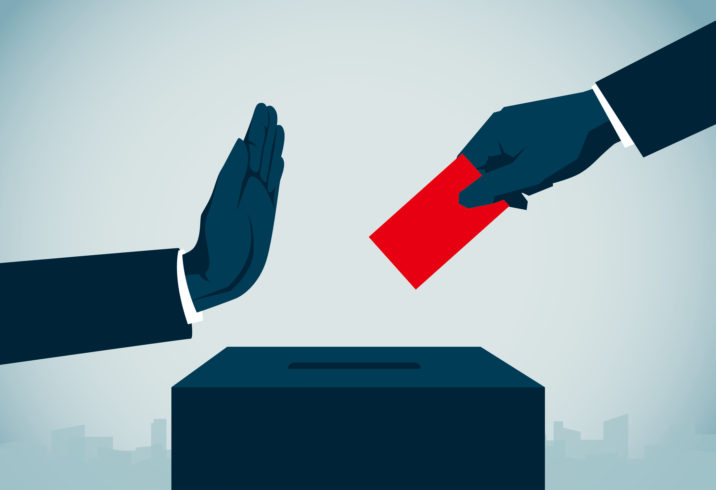 During his debate with former vice-president Joe Biden this week, President Donald Trump refused to commit to accepting the outcome of next month’s election. Instead, he sowed doubt about the legitimacy of the electoral process. In doing so, he fed directly into institutional capital’s worst fears.

In a year that has already seen wild fluctuations in asset values and a precipitous drop in economic activity because of the covid-19 pandemic, this level of political uncertainty could be calamitous. Already, private real estate’s managers and investors have put US activity on hold until after the presidential race is called. If Trump is to be taken at face value, that could be months after votes are cast on November 3.

Private real estate’s rise during the past decade has largely been fueled by investors’ needs for stable, income producing returns. In the US, that stability is tied closely to the country’s economic might and its commitment to the rule of law. A contested election – especially one that results in the sitting president rejecting a peaceful transfer of power – would topple both pillars.

PERE explores this market fear in a deeper analysis. To read it, click here.

Tuesday night was not the first time Trump declined to pledge acceptance of the vote count this cycle. He has been asked about it repeatedly in recent months and remains steadfast in his skepticism of mail-in voting, which will likely see record volumes this year amid covid concerns. His messaging has been so consistent on this that 90 percent of real estate professionals expect him to do something other than quietly leave office should he lose, according to a poll by New York law firm Morrison & Foerster.

Trump took a similar tack in 2016, decrying the process as “rigged” weeks before votes were cast. Of course, he won that race by a comfortable margin, so the issue never came to a head. This time around, the stakes are higher, as he already occupies the White House and trails in most major polls.

Constitutional crisis aside, a Trump re-election would be welcomed by many in the private real estate world. His signature domestic policy achievement, the Tax Cuts & Jobs Act, lowered the corporate tax rate, preserved the capital gains rate as well as 1031 exchanges for property, and created the Opportunity Zones program, all of which have benefited the industry. He is not a perfect ally, given his opposition to upzoning low density neighborhoods. But his actions on that front have been largely symbolic.

A Biden presidency would provide opportunities for collaboration, too, particularly on his plans to subsidize the creation of more affordable housing and provide expanded rental assistance, though both are likely to come on the back of higher taxes.

The real estate industry can and will work with whoever is sworn in on January 20, 2021. It just needs to know who that will be – preferably without undermining American democracy along the way.