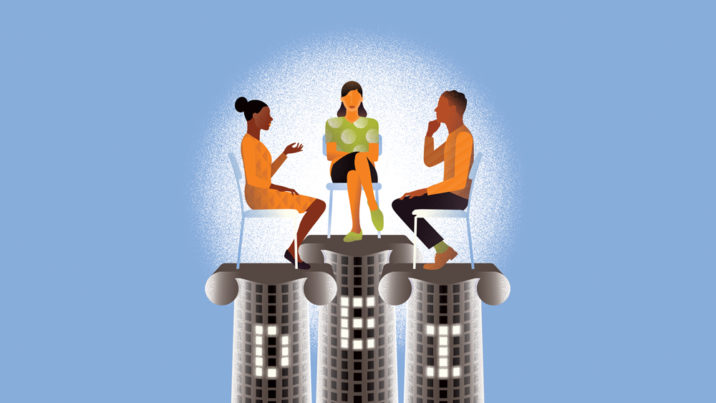 There has been a noticeable increase in the number of senior women in private real estate in recent years. At least a dozen managers and investors have hired or promoted females into top positions – including global or regional heads and other C-suite roles – since April 2020, as we noted in our July/August cover story published this week.

These women, several of which are also featured in PERE’s inaugural Women of Influence list, have been put in charge of their respective real estate businesses due to a combination of talent, hard work, business acumen and leadership skills. But those attributes do not tell the whole story behind the success of senior women in the industry. Indeed, female professionals have needed three pillars of support to be able to reach the senior management level.

Without a doubt, the support of a woman’s organization is paramount to her success. Look no further than the aforementioned 12 senior females that were recruited or elevated into top roles over the past year. Ten of the 12 were promoted rather than hired into their positions. This reflects an existing commitment by their employers to increase female and other diverse representation across the organization, but also at the senior level – and crucially, in investment decision-making roles. Groups like BentallGreenOak, BlackRock and Nuveen Real Estate, for example, have established policies to ensure a more diverse recruitment process and have created mentorship and leadership programs to support female talent at different stages of their career development.

It is also no coincidence that many of these senior women have also been at their organizations for years, if not decades. That is, in part at least, an indicator that not every employer in the industry is necessarily as committed to promoting gender diversity among their staff. Women who find such an employer are more likely to stay with them.

In a 2016 The New York Times op-ed piece, US Supreme Court justice Ruth Bader Ginsburg famously credited her husband of more than 50 years, Marty Ginsburg, for making it possible for her to achieve her professional ambitions through his unwavering support, which included taking on cooking duties for their family and campaigning hard for Bader Ginsburg to secure her nomination on the Supreme Court. Similarly, many of private real estate’s brightest female stars also crucially have received support from their partners, including Carly Tripp, global chief investment officer of Nuveen Real Estate and a mother of three, whose husband has been a stay-at-home dad for the past 11 years.

As Chantal Clavier, head of real estate practice for Europe and Africa at Chicago’s Heidrick & Struggles, told us in a recent interview: “You can’t be CEO of a business if you haven’t entered into a personal relationship that is also supportive.” After all, a strong partnership at home is what has helped men progress historically because their wives stood behind them throughout their career, she noted.

AXA IM Alts head Isabelle Scemama told us she owes much to her present and former colleagues in supporting her as she has ascended in her career. Deborah Shire, whom Scemama has known since her earliest days at AXA and is now deputy head of AXA IM Alts, was one of the people who encouraged her to apply for roles that she ultimately won, including chief executive of AXA IM – Real Assets and head of AXA IM Alts. She added that such support and encouragement is especially important for women, who often lack the self-confidence to believe in their skills and abilities and apply for roles that they may otherwise feel unqualified for.

No one can achieve success alone, be that a man or woman. But for a woman in a male-dominated industry like private real estate, who she has in her corner is even more crucial in ensuring she can continue an upward career trajectory.