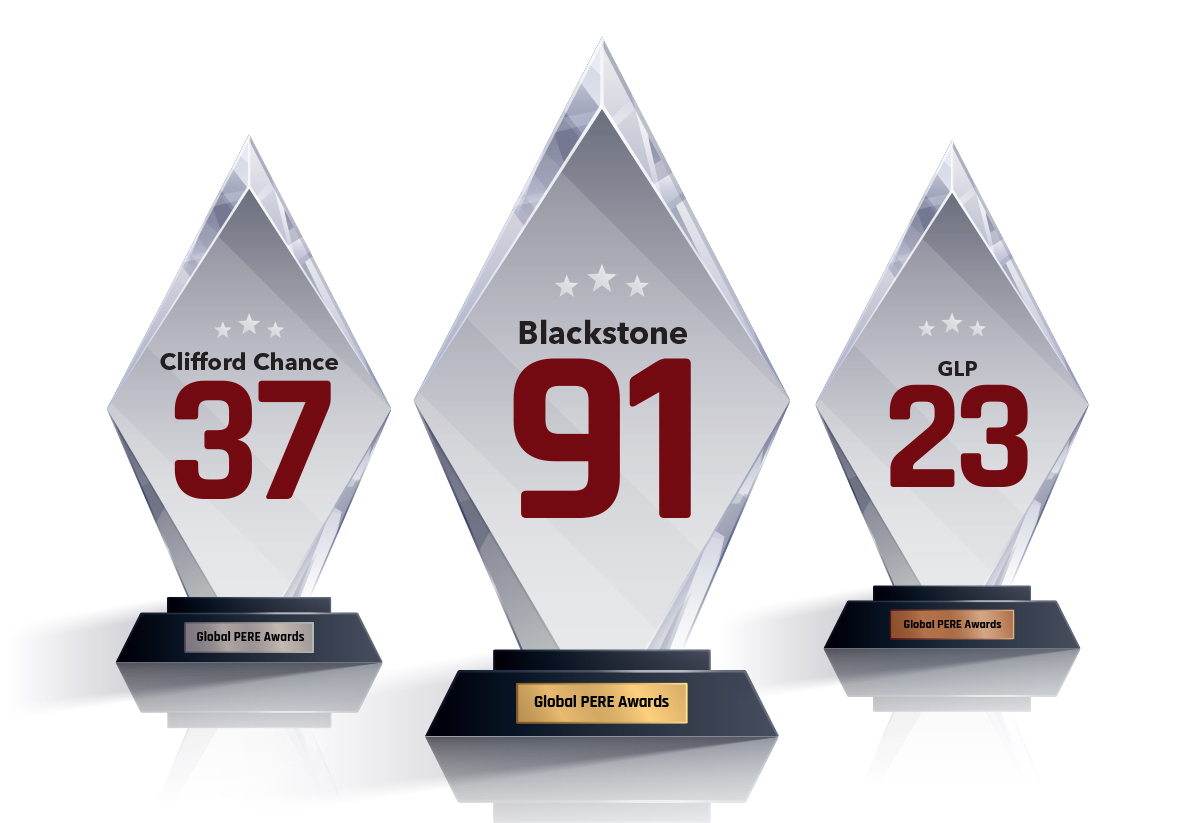 The Global PERE Awards Hall of Fame tracks the biggest winners since 2007. GLP has muscled its way into the top three most successful firms in the history of the awards, but it has a long way to go to catch runaway leader Blackstone.

Blackstone has topped the list for some time and picked up a further 17 gongs for 2020, which has seen its lead only grow. The manager is odds-on to be the first to reach 100 Global PERE Awards. Nine wins for 2021 would be enough to get over the line.

Also in the top three is Clifford Chance which, despite only picking up a single award for the year, remains well ahead of the other advisors in the running. Honorable mentions are also due to Allianz Real Estate, Gaw Capital, GLP, Greystar and Kirkland & Ellis, which did their own standings in the Global PERE Award ranking no small favors by each winning three awards for their work in 2020.