Deutsche Pfandbriefbank, the successor bank to nationalised German lender Hypo Real Estate, is on the hunt for a new head of real estate international after its long-serving executive Harin Thaker resigned from the post.

Thaker is to officially leave the bank at the end of the month. He told PERE he has not yet agreed another role but that he would likely remain in the realm of real estate finance.

He said: “I’ll explore after a short break. By the end of March, I’ll probably come back and take a look at how the market is trading. It’ll be something I’ve always done which is real estate financing. It could be senior loans, junior loans, whole loans, whatever.”

Stating there were “no specific dialogues” he nonetheless added that he might explore joint venture opportunities with Deutsche Pfandbriefbank in the future also. He said: “I’d like to stay in touch and in cooperation with the bank – the bank and I will be associated with each other in one way or another.”

Until a replacement is found, Thaker’s duties will fall to Bernhard Scholz, Deutsche Pfandbriefbank’s head of real estate and public investment finance.

For the last three years Thaker has worked for Deutsche Pfandbriefbank as head of real estate finance, a role responsible for real estate loan origination, predominantly in Europe. In his previous capacity at Deutsche Pfandbriefbank’s predecessor Hypo Real Estate, he was chief executive officer of the lender’s international business in which time he helped form and lead a platform that included Europe but also stretched as far as India.

He said: “Since the reorganisation of the bank, purely from an origination point of view which is what I became responsible for, I can confidently and proudly say that we met each of our targets set by the EU Commission following the announcement of the creation of the new bank.”

Indeed, his last transaction while at the helm of the bank’s origination arm was a €60 million to Chicago-based private equity real estate firm Heitman’s acquisitions of Science Park and Alkotas Point in Budapest, Hungary, last month. That deal was conducted on behalf of Heitman’s Heitman European Property Partners IV fund, which attracted €505 million of equity in 2008.

While that deal was in Hungary and Deutsche Pfandbriefbank has completed further financings across Europe in 2011, much of its focus in the year, under Thaker’s leadership, has been on the UK.

Scholz said in an announcement on Thaker’s departure: “The management board understands and supports Harin Thaker’s decision. I would like to thank Harin for his tireless efforts and commitment to the bank, particularly during the last few years, but also throughout his career with the company. I am certain there will be opportunities to work with Harin in the future and I look forward to this continued contact.” 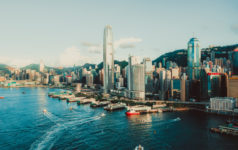 Managers 15 hours ago
Added to your Saved Articles
Loading
Unsave Article
Please confirm you would like to remove this article from your saved articles.
Share with other subscribers
Only logged in subscribers of this site will be able to access the shared article.