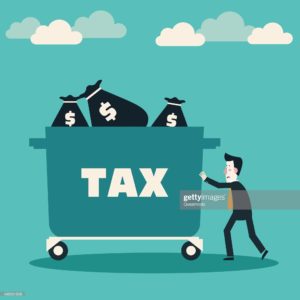 Despite the regular stream of tax law changes from governments in the 20 years of my tax career, it is fair to say that, as far as European real estate investors are concerned, not many changes have been fundamental. Today’s structure diagram for a pan-European fund looks very similar to one from 20 years ago. It will show a fund vehicle, maybe with a couple of feeder funds, a holding platform in Luxembourg or the Netherlands, probably as many property-owning special purpose vehicles as there are assets, and multiple shareholder loans. However, we are now at a crossroads and things are beginning to change fundamentally.

To understand what is happening, let us first take a trip back in time. At the time of the global financial crisis, the foundations of the international tax system had not changed since the 1960s. However, during this period the world had become increasingly globalized and businesses were using this time to, depending on your point of view, plan their tax affairs more effectively or exploit the numerous loopholes.

Following the global financial crisis, this became an issue in the mainstream press, with multinationals such as Starbucks, Google, Amazon and Apple facing a trial by media with respect to their perceived legal abuses of the tax system in which, it was alleged, they shifted profits around the globe to escape tax. Something had to change, and the response was the Base Erosion and Profit Shifting initiative.

The OECD launched BEPS in 2013. Its objective was to prevent the shifting or erosion of taxable profits by a co-ordinated framework adopted by OECD and G20 members. It revolves around 15 key actions in areas such as transfer pricing, treaty abuse and interest deductions.

Why BEPS is relevant to investors now

We have reached the point where the OECD’s work is beginning to translate into new tax rules across Europe. Those rules have either come into effect already or are about to, and they will make a big difference to how European real estate managers structure investments. Here are three examples of how this is happening.

It has been over a decade since Germany introduced a rule to limit tax relief for interest costs to 30 percent of EBITDA, which would only apply if annual net interest costs exceeded €1 million, which was later raised to €3 million. This rule was novel because it limits tax relief for interest on bank debt as well as related party debt, though the high hurdle and lack of grouping rules has limited its practical impact on larger deals. However, most other jurisdictions have now introduced similar rules, or are about to, often with a much lower threshold. For example, the threshold in Poland is three million Polish zloty ($790,000; €704,000), which catches all but the smallest deals.

For real estate investors, this is probably the most complex area of BEPS. Hybrids are instruments that are treated as debt in one jurisdiction and equity in another. In this way, a borrower may be able to obtain tax relief for interest paid to its parent, but the parent is not taxed on the income, because in its own jurisdiction it is treated as receiving tax-exempt dividends. Anti-hybrid rules stop this type of arrangement by denying tax relief on interest paid on a hybrid. However, it is – unfortunately – a little more complicated than that.

For example, a property-owning SPV may discover it cannot claim tax relief for interest on a shareholder loan because an investor in the fund partnership three tiers above views the partnership as tax opaque rather than tax transparent. Many readers will be familiar with requests from US taxable investors for entities to make ‘check-the-box’ elections to treat the whole fund structure as ‘flow-through’ entities for US tax purposes. These elections have the effect of making intra-group loans ‘disappear’ for US investors, thereby creating a hybrid.

The result is that a request by a single US investor to address a particular US tax issue increases tax leakage for all investors. However, the rules are being implemented differently across Europe, so we can expect very different answers depending on the location of the investment.

It has been common to use holding platforms in jurisdictions such as Luxembourg or the Netherlands for many years, and the need for ‘substance’ – that is, a physical presence – is a well-trodden path. However, BEPS will introduce a ‘principal purpose’ test. In summary, this will deny tax treaty benefits where it is ‘reasonable to assume’that the obtaining of tax treaty benefits was one of the ‘principal purposes’ of an arrangement. Where a manager does not have genuine functions being carried out in the holding jurisdiction, this is quite a low bar for the tax authorities to clear, and its effect would be to increase withholding tax costs on the repatriation of dividends and interest.

What this means for managers

First, private real estate managers need to appreciate that the world has changed. A structure that ‘worked’ five years ago may no longer be appropriate. Therefore, it is important to ensure proper engagement between investment and tax teams at an early stage in order to avoid surprises later.

Second, if holding companies in places such as Luxembourg or the Netherlands are to be used, then there must be a good reason for using them and that reason should relate to genuine economic activities. This goes some way beyond the appointment of professional directors provided by a fund administrator and requires a holistic approach to business resourcing.

Finally, legislation is simply becoming more complicated. Having the right tax advice remains of vital importance to any investment manager, but it is also key to have high-quality internal tax teams. As the connections between different issues become more complex, it becomes more important for the tax function to work alongside investment professionals to structure deals and deliver to clients.