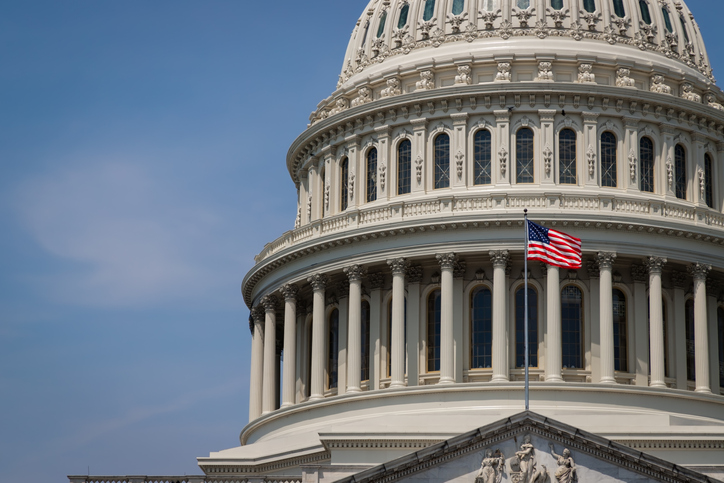 Private equity firms in the US are in a difficult position. They have to prepare for changes to the treatment of carried interest, a central pillar of the industry, without knowing how profound the changes will be or what form they will take.

The picture has grown brighter in the past few weeks. A bill proposed by Democrats in the House of Representatives that would have led to the closure of the carried interest loophole emerged watered down from the Ways and Means Committee.

The new bill keeps the loophole but extends the mandated hold period for receiving favorable tax treatment from three years to five. It also ties individuals into the hold period, as well as funds themselves. It is not clear when the bill will go to a final vote.

The policy approach of Senate Democrats is still taking shape, but a bill introduced in August by the chair of the Senate Finance Committee, senator Ron Wyden, likely points the way. The Ending the Carried Interest Loophole Act sets out to prevent the “re-characterization of wage-like income as capital gains” and stop private fund managers from deferring the payment of taxes.

Over the past two weeks, affiliate title Private Equity International surveyed 90 fund managers and lawyers to ascertain how their operations could be affected by changes to carried interest, what they’ve done thus far to prepare for it and what’s worrying them. Here are some key findings.

Nearly all think their firm’s business will be adversely affected

Eighty-one percent of respondents say carried interest taxed as income would negatively affect their firm’s operations, with a further 9 percent indicating there would be no change and another 7 percent unsure of the effect.

“The tax treatment of carry does not impact our investment decision making,” said a senior leader at a US-based GP with more than $50 billion in assets under management. “However, proposed carry legislation would unfairly treat asset management businesses less favorably than other businesses by taxing sales of the business, including the portion of the sale attributable to goodwill, at ordinary income rates.”

Reforms could have a detrimental impact on LP-GP alignment

The relationship between LPs and GPs could be affected by carry reform, the survey revealed. When it comes to LP alignment, nearly 70 percent say a higher rate would result in significantly less or somewhat less alignment with their investors. Just under 5 percent of respondents said they would be better aligned, while 11 percent were unsure.

“The industry becomes less attractive to people and that has an impact on who does it and who stays in it,” said a London-based fund of funds manager. “I just don’t believe any change to carried interest tax does not have an impact on the industry.”

A European fund of funds manager, meanwhile, noted that the change won’t cause an exodus of talent from PE. “If GPs were to leave the industry and go down the investment banking, consultancy or entrepreneur route, I don’t think they are going to avoid such a tax.”

Tax changes require a lot of thinking, but GPs are not yet executing

Have GPs done anything in preparation for such changes? Not yet. Close to two-thirds of respondents are waiting and monitoring the situation, unlikely to make drastic decisions until more is known.

Free-form responses also point to proactiveness among global GPs. One in 10 respondents are in various stages of tax planning with their legal counsel. Some GPs indicated they are exploring moves to friendlier tax jurisdictions. Just under 5 percent are realizing gains and exiting investments in 2021 that otherwise might have been held longer, while the remainder are mulling changes to how they charge fees to LPs as well as re-thinking their investment strategies and capital-raising timelines.

GPs are certainly concerned about high valuations of assets – more than two-thirds of respondents listed extreme market valuations as the factor most likely to have a negative impact on returns for investors over the next 12 months. Also top of mind is the ongoing threat from covid-19, as well as interest rate hikes and tighter regulation.

For nearly 37 percent of respondents, taxing carried interest at a higher rate is a concern over the next year, followed by inflation at 33 percent.

Climate change has become an increasingly hot-button issue in the industry, particularly in the last year, yet only 12 percent say it will negatively impact returns.

– Adam Le and Alex Lynn contributed to this report