At the start of this week news came out of Australia that felt like it could mark a sea change in private equity investing.

Australian superannuation fund First Super said it would stop making new private equity commitments, and may even wind down its entire programme, pending the result of a review of its current portfolio.

What prompted the review? The fund had become concerned about investment risk stemming from “poor labour practices” at companies to which it is exposed through its private equity funds programme. It cited three companies in its statement: Urban Purveyor Group, a restaurant group owned since 2015 by Quadrant Private Equity; OSHClub, an after-school care provider; and aviation services company Aerocare, which was bought by Archer Capital in 2014 and was at the centre of a scandal involving pay and working conditions among Sydney Airport ground staff.

The chief executive of First Super, Bill Watson, said the fund is “not interested in investing in companies that operate in a ‘grey area’ when it comes to labour practices”. He was explicit that the outcome of the review could mean “winding up” its private equity programme and redirecting that capital to private infrastructure, private real estate or listed equities. It was not clear at the time of writing whether this could mean running its existing portfolio off, liquidating it through secondaries sales or a combination of the two.

Let’s be clear, First Super is not a giant LP. It has total assets of A$2.4 billion ($1.8 billion; €1.7 billion) and a private equity programme of around A$100 million consisting mainly of domestic Australian managers. It is dwarfed, for example, by the A$100 billion AustralianSuper, which has a 3 percent allocation to private equity, according to PEI data.

First Super is also not the first investor to order a root and branch assessment of its private equity portfolio. In 2013 the Church of England’s pension fund undertook a similar exercise after revelations that its investment with venture capital firm Accel Partners had given it an indirect investment in Wonga, a payday loan provider the church had previously attacked over its business practices.

The private equity industry is no stranger to portfolio company-related controversy and limited partners are not spared the spotlight simply because they are one step removed from the assets.

First Super’s very public reassessment of its private equity programme is unlikely to spark a revolution. Indeed, similar reviews have historically identified specific trouble spots and issues to be remedied, but have allowed LPs to continue investing with a better understanding of where the risks reside in their portfolio. It does, however, raise some questions: do other limited partners in the same funds have a fiduciary duty to take a similar stance? If First Super’s concerns are proved valid, then what is the appropriate response from the financial sponsors involved?

One thing can be said for sure; the episode serves as another reminder to both LPs and GPs – if one is needed in 2017 – that environmental, social and governance issues have a tangible financial significance. 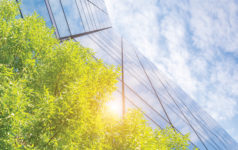 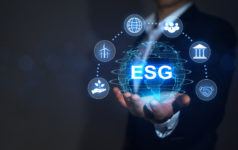