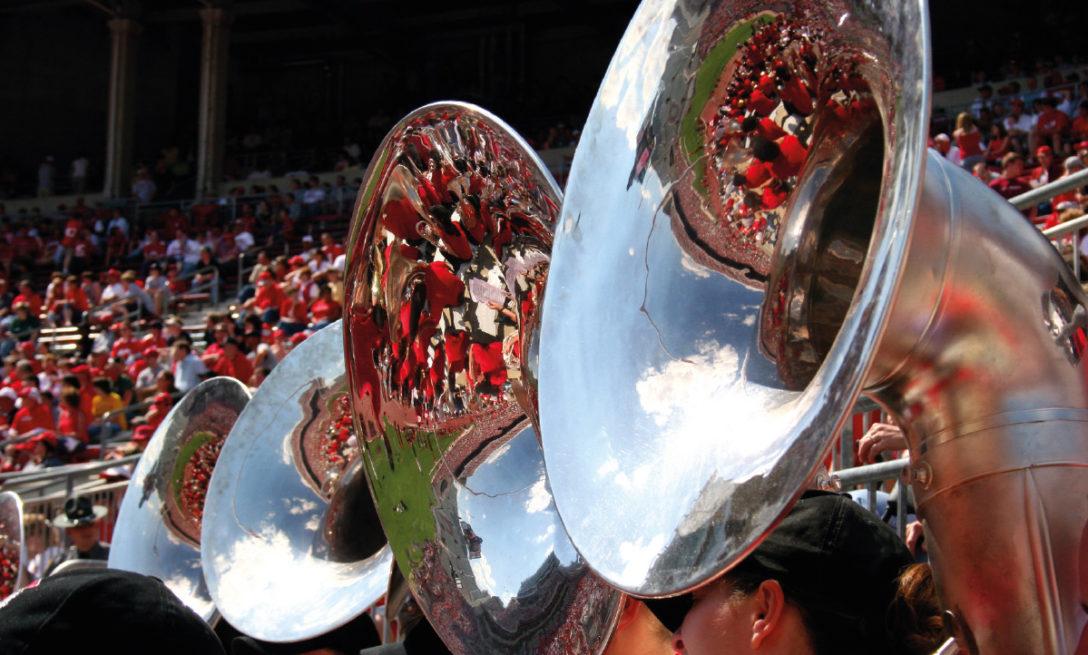 Earlier this year, as the novel coronavirus made its way around the globe, university campuses were shuttered in every affected region. Now, uncertainties abound about the upcoming semester, but the top firms specializing in student housing remain unfazed.

With institutions such as the California State University System and its 23 campuses set to remain closed this fall and many others poised to rely more heavily on virtual classes, trouble seems to be on the horizon for owners of college-adjacent apartments. Yet, many of the top managers in this space have enjoyed strong occupancy rates at their properties through the crisis and nearly normal leasing volumes.

“The crisis has actually highlighted the resilience and strength of the asset class,” Christopher Merrill, chief executive of the Chicago-based manager Harrison Street Real Estate Capital, tells PERE. With 176 properties and more than 76,000 beds, according to a 2019 market report from the Los Angeles-based advisor CBRE, Harrison Street is the second-largest student housing owner in the US. Managing $26 billion of assets, the firm also has a strong presence in the UK student accommodations market.

In the immediate aftermath of campus closings in March and April, Merrill says his firm collected roughly 95 percent of rents, with more than half of residents remaining in their apartments rather than returning home. The firm also continued to make acquisitions, deploying roughly $1.5 billion into at least 15 properties.

CA Ventures saw similar trends in the wake of the outbreak, with collection rates in the mid-90 percent range and nearly 70 percent of students remaining in their apartments, according to Nishant Bakaya, the firm’s chief investment officer. The Chicago-based company has also seen pre-leasing for the coming school year remain on track relative to years past, despite being unable to provide physical site tours. In the week of April 27, for example, CA Ventures signed 199 leases digitally, compared with 216 done through traditional methods the same week in 2019.

“This situation is going to create a real distinction between operators who have invested in systems and technology and can do things like online leasing, and those that have not,” Bakaya says. “If you don’t have a good virtual tour or your floor plans aren’t easily available online, you’re severely disadvantaged as an operator.”

American Campus Communities, the largest owner of student housing properties in the US, has also had strong pre-leasing demand despite the disruption this spring. Through April 17, the firm had leased 76.6 percent of its portfolio for the coming school year, according to its first-quarter earnings report. Through the same point last year, the listed company pre-leased 76.2 percent of its portfolio.

Yet a strong first quarter by ACC was not enough to quell investor concerns. The REIT’s stock plunged to $20 per share in late March, down more than 50 percent from where it began the year at $46. Though it has recovered slightly, it remains deeply discounted from its pre-covid peak.

Nancy Lashine, managing partner of the New York-based advisory Park Madison Partners, says institutional investors have turned away from the property type as well, citing uncertainties about near-term income potential amid the pandemic. The sudden distaste marks a stark reversal of course for many investors that had come to favor niche assets in recent years.

Between 2014 and 2019, student housing has seen an average of $7.3 billion of investment per year, according to CBRE, making it the third-most popular alternative property type behind senior housing and medical office. “There’s been a real 180-degree turn on that,” Lashine says. “Everyone wanted niche properties, like medical office, senior housing and student housing, until covid-19 happened. Now those seem like bad places to be.”

Despite fears about a fall resurgence and the logistics of containing the virus on buzzing campuses, 65 percent of institutions plan to re-open for in-person classes, according to an 830-university survey by The Chronicle for Higher Education, a magazine covering American colleges and universities. Of the remaining schools, 7 percent plan to move all classes online, 8 percent will employ a hybrid approach and 20 percent have yet to commit to a strategy.

Such uncertainty has raised the specter that many students will defer their acceptance or choose not to enroll in the fall, with some opting for a gap year while others enroll in local community colleges. SimpsonScarborough, a higher education research and marketing firm, estimates four-year colleges could lose up to 20 percent of students this fall, based on a 2,000-student survey.

Amid ballooning tuition costs and pandemic-induced economic uncertainty, students are skeptical about the value of an education delivered primarily on a screen. For weaker institutions with insufficient endowments to fall back on – as well as the investment assets that rely on them – this kind of loss could prove crippling.

University markets with large international student populations stand to be particularly impacted by the virus. Students who returned home to shelter and those who had not yet traveled for their schooling now may be unable to make the trip safely. In certain circumstances, including some Chinese students in the US, student visas are being revoked.

Numbering 1.1 million, foreign nationals make up 5 percent of US college enrollment. In Australia, a smaller but still significant market for student housing, international students make up roughly a quarter of higher education students. Not only do these students pay significantly higher tuition, but they also account for a large share of off-campus leasing.

In the face of all these headwinds, top managers remain confident in investments near large public institutions in the US. The cities home to what are often referred to as “Power Five” schools – a nod to the universities whose sports teams compete in the most prominent athletic conferences – have emerged as the safest bets for uncertain times. Typically, these are large flagship state schools with strong research arms, well-funded endowments and celebrated reputations that offer high-quality educations for reasonably low tuition.

If there is a substantial dip in enrollment this fall, these Power Five schools and other elite institutions are unlikely to bear the brunt of it, says Terrell Gates, chief executive of Virtus Real Estate Capital, a Texas-based investment firm. Top-tier schools typically have waiting lists of students hoping to gain admittance, as do the second tier of public schools below them. Meanwhile, private colleges and less prestigious public ones will face the greatest challenges.

“There will be a lot more closures of colleges and universities but it’s the schools that don’t offer a compelling return on investment that will struggle, private small colleges with mediocre educations and small publics,” Gates says. “Strong flagship universities, with high returns on investment, really strong academics and acceptance rates in the 30 percent range, they’re still going to have strong enrollment. Ivy League schools and semi-Ivies are going to be fine, too.”

A further boon to investor confidence for assets around large institutions is the fact that these schools will need to reduce their on-campus density. Traditional dormitory layouts with two or more students per bedroom and four or more students to a bathroom would be hazardous in a viral outbreak.

Bob Faith, chief executive of Greystar, another top-five student housing owner in the US, says his firm is discussing the potential for master-lease arrangements, in which universities would take over entire off-campus properties so students could have more space.

Master leases and concession arrangements are already common in the UK and other countries where on-campus housing is scarce. These arrangements often entail collecting lower per unit rents, but also result in substantial savings in marketing and leasing expenses, Faith says.

“By reducing the density of on-campus housing, you may be reducing people’s propensity to want to jam a whole bunch of roommates into shared bedrooms and things like that,” he says. “You’re probably going to see strong occupancy once people start having some certainty about what their plans are for the fall.”

Until a vaccine is produced or the virus otherwise subsides, questions will continue to swirl around universities and investments related to them. However, the long-term outlook for these assets remains strong and the current disruption has even shed some light on longstanding uncertainties in the sector.

The waning weeks of the spring semester allowed investors to assess the theory that online education would inevitably disrupt the traditional campus experience, reckons Merrill. “Now that we’ve tested that thesis, it’s clear that online education is not ideal and doesn’t work the way people had thought,” he says. “Educators don’t like it and students want to be with their friends. This has highlighted the strength of the university experience.”