Starwood Capital, the Greenwich, Connecticut-based firm headed by Barry Sternlicht, is to expand its investment in budget hotels and is preparing to offload some of its high end hotels in order to do so.

According to an interview in French newspaper Les Echos, Le Crillon hotel in Paris could be one of the hotels to be exited.

Sternlicht told the newspaper: “We are very happy with the performance of our budget hotel business. It is a very stable business. We want to grow that hotel sector.” He said the firm would probably sell some of its luxury hotels to enable the expansion, and would look closely at selling Le Crillon, which it nearly sold to Saudi-backed JJW Hotels & Resorts last year, if an “interesting” offer was made.

He added, however, that the firm was under no pressure to sell assets, as its debt had been refinanced recently.

Starwood’s growth in the budget hotels sector was compounded last summer when it acquired Golden Tulip, the Swiss hospitality group, for an undisclosed sum, and merged it with its own Louvre Hotels. The combined businesses created a hospitality group with 1,070 hotels in more than 40 countries and comprising 82,000 rooms.

The firm has already sounded out potential buyers for some of its high-end hotels, including the Martinez in Cannes, a popular hotel with the real estate industry at MIPIM, the yearly real estate conference. Last May, Starwood appointed Jones Lang LaSalle to market the asset for sale. 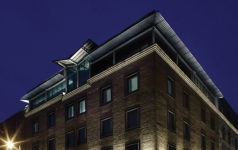 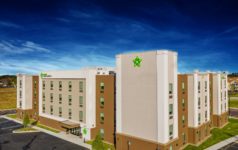