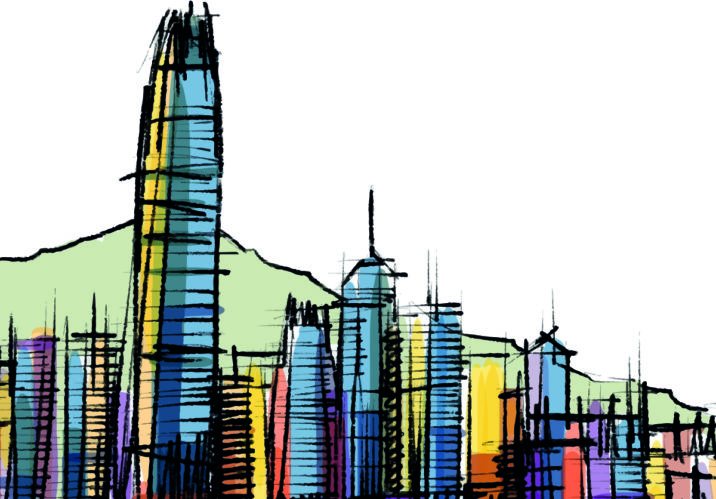 Things have been turbulent in Hong Kong. Protests against the local government and Beijing began in the summer of 2019, with more than a million marching in some early protests and ugly scenes of violence in later ones. The political upheaval led to lower visitor numbers, as tourists, especially those from Mainland China, stayed away.

The covid-19 pandemic hit in early 2020, leading to the city closing its borders and instituting a series of measures – including the closure of schools, offices and bars – in order to prevent transmission. The Hong Kong government has responded with a wave of stimulus measures, including handing out HK$10,000 ($1,300; €1,100) to every citizen and permanent resident in order to shore up the economy.

However, politics has not gone away during the pandemic, even if the protests have ceased. On June 30, Beijing imposed a new national security law on Hong Kong, which immediately led to the arrests of a number of pro-democracy campaigners and widespread international condemnation. This made the city a focus for the ongoing US-China battle for global supremacy.

Not only have these events upset the real estate market, they have also been obstacles to the private real estate business. Hong Kong is one of Asia-Pacific’s major hubs for real estate investment management: PERE data show $4.1 billion of capital being raised currently by Hong Kong-headquartered managers, placing the city behind only China and the US. Furthermore, a number of global investors have chosen Hong Kong as their Asia-Pacific hub.

Opinion is divided about the future of the city as a base for cross-border real estate investment. Global managers based in Hong Kong are more cautious about the future, but are waiting to see how relations between the US and China develop and also to see if Beijing’s more hands-on approach to the governance of Hong Kong makes any practical difference to them.

Politicians in both the UK and the US have called on asset managers investing in China to push back against the Chinese government’s actions in Hong Kong. Meanwhile, some US investors are understood to be reluctant to commit capital to funds investing in Hong Kong, due to the political situation.

Nonetheless, Hong Kong remains a good place to do business with an open economy. It also remains the key location for international companies that wish to do business in China.
The city’s homegrown investment managers are more sanguine about the developments and do not expect their business to be impacted. Furthermore, the city is working to boost its status as an investment management hub.

In March 2020, Hong Kong introduced a limited partnership bill which, once enacted, would be “a significant step towards positioning Hong Kong as an alternative jurisdiction in Asia for establishing private equity-style funds,” according to law firm Ashurst. Hong Kong could become a hub for Chinese investment management businesses, which may choose to seek a Hong Kong fund management license and to domicile future funds in the city rather than using the British Virgin Islands or Cayman Islands.

Hong Kong’s real estate market is dominated by local property companies, both private and listed, as well as a large group of wealthy and knowledgeable private investors. There is a relatively small group of Hong Kong and international real estate investment managers, including Gaw Capital Partners, Phoenix Property Investors, Pamfleet, Blackstone Group and BPE Asia, which have invested in the city.

Politics and a pandemic

The investment market was extremely quiet in the first half of 2020, with transactions falling 80 percent to $2.31 billion, according to Real Capital Analytics, the worst performance in the region.

The city’s travails have hit real estate hard, with the hospitality market suffering the worst effects. Revenue per available room (RevPAR) fell 70.2 percent in the 12 months to June 2020, according to the Hong Kong tourist board. The popularity of staycations has supported mid- to high-end hotels, while many others are expected to be sold for conversion to other uses, such as residential or co-living. However, the first half of 2020 saw only one hotel deal.

The vacancy rate in Central, Hong Kong’s prime office district, hit 5.7 percent in June, the highest rate since 2008, and overall the office market saw net take up of -1.53 million square feet in the year to June, according to JLL. It seems predictions that widespread working from home would lead to occupiers looking at more decentralised offices are correct, with more leasing in secondary office markets. While there have been few office transactions, brokers’ suggest pricing at mid-year had fallen 25 percent from the peak at the end of 2018.

Even before it was hit by the protests and by the pandemic, Hong Kong retail had been on a slide from dizzying heights, mainly due to fewer Mainland Chinese visitors buying fewer luxury goods. With both locals and visitors staying at home during the protests and pandemic, retail rents have fallen further and yields rose by 100 basis points in the 12 months to June, RCA estimates. Savills estimates shop prices have nearly halved from their 2014 peak and there are signs of the investment market moving as retail landlords have become prepared to sell.

Logistics real estate has not escaped the impact of Hong Kong’s troubles: falling trade and retail sales have hit the sector, which is seeing a rise in vacancy rates and falling prices. However, developers are still keen on acquiring industrial sites for redevelopment, with data centers a popular option.

Observers have been predicting the demise of Hong Kong’s residential market for a number of years and, despite everything, it refuses to crash. An abundance of local capital plus plenty of interest from Mainland China has kept the market afloat and should continue to do so.

Brokers estimate luxury residential prices are 10 percent off their peak but, aside from a few fire sales from overstretched private investors, there are few signs of distress.