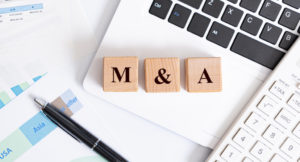 Barings’ latest real estate merger and acquisition has been a long time coming.

On Thursday, the asset management platform of US insurer MassMutual announced its plan to acquire Australian real estate firm Altis Property Partners. The deal will provide Barings with an additional 44 real estate professionals and another A$6 billion ($4.3 billion; €4.1 billion) of assets under management, mostly in value-add strategies. Altis’s executive directors will remain with the business, which will sit alongside Barings’ existing real estate debt team in Australia.

Barings has been seeking to expand its real estate platform in Asia via inorganic growth for at least three years. The region has been the next priority for Barings after its expansion into Europe in 2010 through the purchase of Protego and, four years later, Pamera Asset Management in Germany.

Doing similar in Asia has proven easier said than done. It is understood that talks with Altis started as early as 2019, just before the pandemic hit. But negotiations did not make meaningful progress until 2020 when Barings hired John Ratcliffe as managing director and head of Asia-Pacific real estate in Australia. As the sole representative of Barings’ real estate equity team in Asia, Ratcliffe was tasked with getting this acquisition over the line.

Barings’ latest acquisition comes at a time when central banks such as the US Federal Reserve and European Central Bank are making significant interest rate hikes. According to capital advisory firm Hodes Weill & Associates’ 2022 Mid-year M&A Market Review, these increases, combined with declining valuations, could impede M&A activity in H2 2022.

This is not to say that real estate M&A will be disappearing for the foreseeable future. Despite the rising rate environment, Barings will continue to plow ahead with the expansion of its real estate business, including through additional M&A deals. Indeed, Charles Weeks, the firm’s head of Europe and Asia-Pacific Real Estate Equity, told PERE this week that interest rate hikes had no impact on the Altis merger, which represented a “long-term strategic acquisition” for Barings. Although he acknowledged changes in rates will affect real estate market cycles and consequently could have an impact on real estate M&A activity going forward, that would not stop the firm from pursuing deals.

The Altis transaction goes to show that, even as acquiring platforms becomes more expensive due to rising debt costs, some managers will continue to remain active in M&A because of the importance of having exposures to certain geographies or strategies in their portfolios.

M&A may well be another area of private real estate investment that will face headwinds from rising interest rates. But for well-capitalized groups, higher debt costs are a small price to pay for having more robust platforms in a still highly sought-after asset class.