CDC Group is no stranger to controversy.

The UK’s development finance institution has over the course of its 68-year history shifted from being a direct investor, to operating mainly as a private equity fund of funds, to – for the last four years – accessing debt, mezzanine and equity opportunities both directly and through fund investments.

It is often pilloried by those who believe the private sector has no place in the delivery of international development. This can seem bizarre to those in the private equity industry; it is an investor with a mission to alleviate poverty in the world’s poorest places and it effectively costs the taxpayer nothing. The £1.5 billion ($1.87 billion; €1.77 billion) of public money allocated to the organisation has grown into a portfolio worth more than £3 billion, which continues to be reinvested. Last year its portfolio companies created over a million new jobs.

This week a draft bill to increase the public money available to CDC hit the headlines. Currently in proposal form, it updates the Commonwealth Development Corporation Act of 1999 and would increase the limit on “government assistance” to CDC from the current £1.5 billion to £6 billion, with an option to up this to £12 billion in the longer term.

This is understandably controversial: any money directed to CDC comes from the Department for International Development’s finite aid budget, which is currently around £12 billion per year. Effectively money is being diverted from charitable organisations to private equity firms.

It is important to understand the context of the proposal, however. One newspaper said the increase would be equivalent to about a third of the £12 billion annual overseas development budget. This would only be the case if CDC received the entirety of the additional capital – £4.5 billion – in one year, which it won’t. It has to make a case, based on the market opportunity, for any additional capital and it has taken 17 years to reach the existing £1.5 billion ceiling.

As Diana Noble, chief executive of CDC, noted in a written response: “While raising the limit increases the government’s options in supporting CDC’s future growth, on its own, the bill doesn’t lead to any further capital for CDC. All future decisions to invest in CDC will be supported by a robust business case.”

NGOs backed by DFID carry out vital – and immediate – humanitarian aid work in regions and situations that are beyond the help of private capital. Development finance institutions like CDC are part of an effort to alleviate long-term poverty by stimulating sustainable economic growth. The two groups target different, complementary, humanitarian goals. Unfortunately, they share the same funding source.

CDC has been a leading light in the private equity industry in more ways than one. It has – alongside other DFIs around the world – embraced investment in markets long before commercial investors have been willing to do so. One GP that received backing from the group for its debut fund described it as the best and most competent DFI in the world.

It has also led the way on ESG. As an investor with sustainable development at its heart, it has always asked GPs to adhere to stringent standards of governance and reporting.

This week we saw profit-with-purpose investor LeapFrog, which is backed by a mix of both financial and development-focused investors, move beyond financial services into healthcare. Meanwhile, The Abraaj Group, a more traditional financial investor, is nearing a final close on a healthcare fund that includes impact-led investors among its LPs.

On the 7-8 December, PEI will co-host the Global Impact Investing Network Investor Forum in Amsterdam. Around 700 delegates will be in attendance and we hope you can join us.

Impact investing is moving into the mainstream. We should value the part the CDC has played in this. 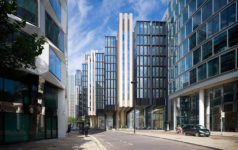 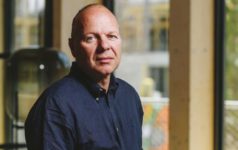 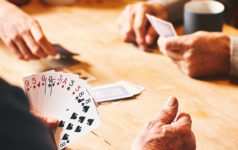