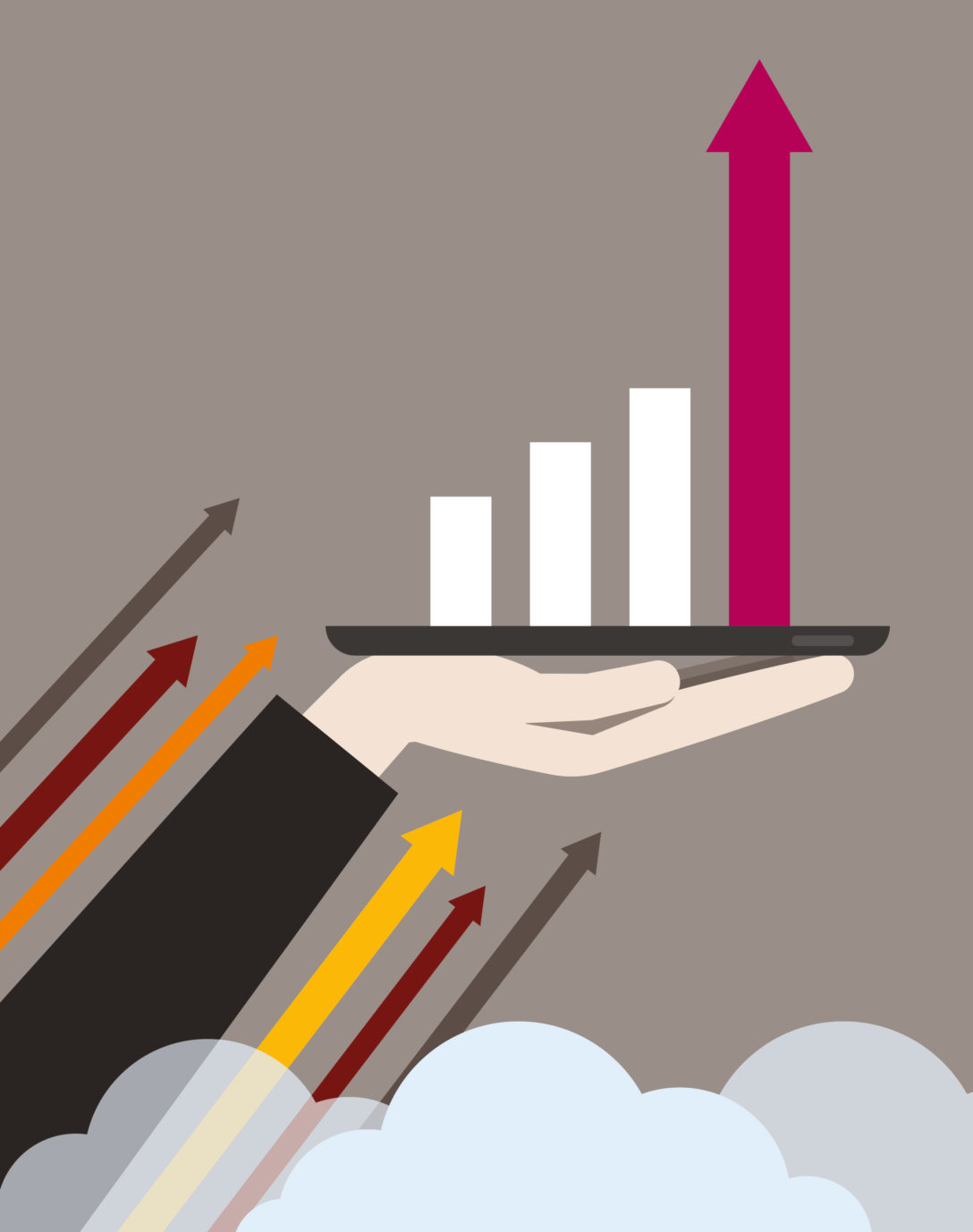 It is a good time to be junior in private real estate investment. The sector’s senior executives are coming under increasing pressure to match institutional liabilities with smart investing strategies, while determining how to deploy historically high volumes of capital in marketplaces offering decreasing performance. Junior acquisition executives, however, are required simply to execute, and those who execute best are finding no shortage of suitors.

The increasing value of private real estate juniors to managers is showing in industry pay numbers. It is one of the major takeaways from this year’s compensation survey by London-based real assets recruitment specialist Sousou Partners, in exclusive partnership with PERE.

Take an associate at a private equity real estate firm – a manager at the higher end of the risk and return spectrum. According to the survey, in the past 12 months, they would have taken home $250,000: $135,000 in base pay and $115,000 in bonuses. The median numbers for this pay level represent increases of 17 percent and 21 percent, respectively, on the previous year. From a combined compensation perspective, the average PE real estate associate is 16 percent better off than a year before, the data say.

Meanwhile, an associate at a real estate investment management firm – traditionally associated with core investing strategies – is expected to earn less. However, at $145,000, the average associate has also seen a combined compensation increase – a notable 28 percent. Although predictably lower in absolute terms when compared with the salaries and bonuses of the sector’s senior earners, the significance of these increases for those counting the costs of their human capital is high.

Ghada Sousou, chief executive officer at Sousou Partners, says these increased costs are among the serious “pressure points” managers are facing when hiring at the junior level, which has become far more competitive for employers than employees.

“The talent quality is not the same as it used to be,” says Sousou. Historically, managers would often hire from investment banks, but the options from that source have diminished in the years following the global financial crisis of 2008. “Nowadays, the pools are much smaller. The banks have not enjoyed the same successes of the past when attracting talent themselves from schools.I also believe millennial wants have affected the incoming classes.”

That is not helping a manager base required to invest increasing amounts thanks largely to demand from investors struggling to offset underwhelming or unreliable returns from fixed income or equities. Chicago-based broker JLL recorded an all-time high global investment volume of $800 million last year, while AXA Investment Managers, the management firm of French insurer AXA, has recorded available capital for the asset class this year of as much as $1 trillion.

With all that money needing to be deployed, acquisition professionals are in high demand. And with seasoned executives fewer in number, considerably more expensive and often tied into multi-tiered incentive programmes such as carried interest, managers are going to greater lengths to bring on board the best juniors. “There’s definitely more interest in junior resource,” says Sousou. “After all, it is a very productive and relatively inexpensive level.”

But it is also a fickle level, says Van Stults, co-founder of London-based manager Orion Capital Managers. “The market is very competitive for that level,” he says. “At that age, immediate reward is important.” The carried interest payments that keep senior executives loyal to firms are less available to their younger colleagues or come further along in their careers, and so the onus in compensation is on base and bonus pay.

Stults says firm-wide base pay is rising by between 3 and 5 percent per annum – “a touch more than inflation” – but in terms of bonuses, the biggest increases are occurring for junior executives. The overall increase in compensation for younger employees, he says, reflects people being rewarded in a rising market and the mounting challenge of hiring mid-level and junior professionals.

David Kim, chief executive officer of private funds at Singapore-based manager ARA Asset Management, says his firm is paying yearly average increases in a similar range. However, he shares Stults’ frustration when recruiting for junior positions. “Younger people coming in have so much more choice,” he says. Kim is also noticing shorter tenures, with junior employees staying at the firm for an average of 15 months. “I’m amazed at the pace people are moving from job to job,” he says. “Most won’t tolerate climbing the ranks and taking the time to learn the intricacies of the trade.”

“I would agree about the pressure points at that level,” responds Sousou. She describes the junior tier of executives in private real estate as being “over-targeted”, but warns that those who jump from role to role could soon foster unwanted reputations: “Jumping around makes a big difference to our clients, especially as they get more senior. We spend lots of time understanding candidate motivations and moves. Often, we find the top guys, the smart guys, they stay put more.”

Tina Paul, HR director at London-based private equity real estate firm Clearbell Capital, says the working experience at a manager, and particularly at a smaller firm, remains as much a pull for staff, including juniors, as the compensation. “Work-life balance is something we’re really focused on.”

Paul, who undertakes regular market benchmarking exercises to determine the firm’s pay grades, says Clearbell stays “within the market rates” but focuses more on developing people. The approach pays off,
she says, pointing to average tenures of
five years across the business, which has 30 members of staff and where the average age is 39: “People are staying because of how they’re treated, and how much they can learn from the business, not how much money is thrown at them.”

Another notable takeaway from Sousou’s compensation data is the comparable remuneration between private real estate capital raisers and their investing counterparts, and particularly those working at real estate investment managers. The average capital-raising managing director took home $930,000, while the top managing directors took home $2.3 million. The comparable figures for the head of a real estate investment management platform were $1.17 million and $2.06 million.

This might contradict the prevailing sentiment that raising funds for private real estate in a market awash with capital is more straightforward than deploying it wisely. However, Sousou counters that although institutional demand for property remains high, the sophistication capital raisers now need to place the money has sharpened, particularly considering the increasing demands for tailor-made vehicle structures.

“The role is much more about capital formation these days,” she says. “In some cases, it is not about raising blind-pool capital for discretionary, vanilla funds anymore. It is more about working closely with management teams to understand client appetite and differentiated products.” Stults agrees the industry’s capital raisers are being compensated on a par with acquisition people: “We haven’t been to market for the last 24 months, but those who have are finding it a challenge – despite the amount of capital out there. I think the capital wants to be deployed, but it still needs persuading on the opportunity and, critically, to see the ability to deploy to obtain target returns.” Stults recalls 2018 as one year in which investors saw particularly low deployment rates from the capital committed – sometimes as low as 20 percent – and that experience is not easily forgotten.

Jason Oram, partner of London-based private equity real estate firm Europa Capital, says a limited talent pool is playing a part in the similar compensation levels between capital raisers and investment professionals. The Europe-focused manager employs 65 staff, two being capital-facing executives. “That might influence the balance in some way,” he says. “Client relationships are incredibly important to any business. The better those are managed by someone specializing in the area, the more real estate teams can focus on the real estate.”

However, Sousou says senior executives are increasingly looking to “round out” their CVs by improving their investor relationships. That, she says, is a far cry from as little as 10 years ago, when capital-raising roles were often considered “dead-end traps.” She attributes this shift to the entrepreneurial nature of private real estate: “You wouldn’t be surprised to see these people having itches to do things on their own, so this skill set has become increasingly important to them.”

Another tailwind for capital raisers has been the diminishing private placement agency marketplace.

Since the financial crisis, the reduction in the number of classic private equity-style fundraisings, coupled with more stringent regulation preventing institutions from engaging placement agents, has seen a flight to quality in the space and a consequential reduction in the number of firms. And with the best-performing sponsors launching multiple – and repeat – products in-house, recruiting internally rather than employing agents has become an economically viable decision. Orion, for instance, has not worked with placement agents for its last two funds. Stults says that as its fund series has gathered momentum, there has been less need for outside capital-raising assistance.

On recruiting internally, he says: “I’d pay a fancier price for that versus what I’d need to pay placement agents.”

Sousou expects to see a further increase in the hiring of in-house capital raisers. She places this proliferation among a wider trend of more substantial “infrastructure” recruitment in private real estate.

“Assignments on the infrastructure of an institution have certainly increased for us,” she says. Her company classified 28 percent of the roles that provided the data for this survey as ‘PERE/REIM infrastructure’ – an increase from 12 percent year-on-year. She thinks that percentage only stands to increase, particularly given the current degree of consolidation in the sector. “Groups are getting bigger,” she says. “And when scaling up, firms have an edge [by] providing a blueprint supported by strong infrastructure – everything from product development to ESG.”