With the US real estate market seen as furthest on in its cycle, and Asia opportunities proving more limited, many global investors have turned their attention to Europe and see its markets as having better short to medium term economic growth prospects.

But as real estate managers in Europe have found over the last three to four years, not every product and market can find investors as their interest has been focussed on either very diversified pan-European or sector and country specific strategies. Layer onto this investors desire to follow only the biggest or the best performing managers and the search for global capital gets much harder for most new or ‘challenged’ real estate managers.

There have been clear layers of non-European equity looking across the region. Very prevalent has been the ‘safe haven’ equity, principally from Asia, buying the biggest trophies in London, Paris, Frankfurt and Berlin. This demand has continued despite the market turbulence caused by Brexit or Chinese capital controls. Korean capital, either direct or through asset management companies, has been extremely active in London and across Germany in the past year and shows no sign of stopping just yet.

Next is the ‘global diversifiers’, generally either sovereign vehicles or the largest pension funds and insurers from across the globe which have backed sector or country specific strategies with strong operating partners. The Pan-European logistics sector has been a major beneficiary of this layer as have some of the ‘alternative’ sectors such as PRS in the UK and student housing around Europe.

There have been clear layers of non-European equity looking across the region. Very prevalent has been the ‘safe haven’ equity, principally from Asia, buying the biggest trophies in London, Paris, Frankfurt and Berlin.

Diversified pan-European vehicles have benefitted from strengthening inflows from Asia and North America. Most of the US derived capital has focussed on value-added and opportunistic funds with the best supported managers, like Blackstone, Tristan, Orion and now Henderson Park, managing to coral multiple billions of euros for their wide-ranging value creation strategies. The pan-European core fund sector has also been enjoying a massive expansion, the largest funds now approaching €5 billion in size. But these managers have had more support from European and Asian capital than from North America.

Lastly, are the smaller sector or country specific managers which have also gained support from a varied range of European investors and their capital sources will continue to be dictated by a list of criteria lead by ability and track record and whether their country or sector is ‘in vogue’ with investors, such as logistics ‘in’ and retail definitely ‘out’ at present. The toughest spot for a capital raising manager right now is definitely retail, but the industry risks missing differentiated opportunities, especially in Continental Europe, as pricing generally drifts down even in the more sustainable retail sub-sectors such as retail warehousing and inner-urban zoning protected larger schemes.

The European market stills has some relatively opaque markets that are harder to trade in, such as the South-Eastern and Baltic countries – and some would include Italy and Greece – but investors have to have a strong stomach for risk and be very aware of how quickly market liquidity can dry up during times of crisis.

As the global cycle moves on and Europe still trails much of the globe in the cycle I see the interest in Europe continuing and evolving in 2019. For instance, if the risk from Brexit reduces, or disappears even, the UK could quickly move back into focus for risk taking investors. Let us see. 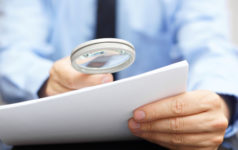 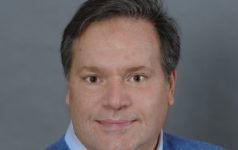 Blackstone aside, is private equity real estate value for money?

Does covid-19 spell the end for real estate NBFCs in India?

opinion 22 May 2020
Added to your Saved Articles
Loading
Unsave Article
Please confirm you would like to remove this article from your saved articles.
Share with other subscribers
Only logged in subscribers of this site will be able to access the shared article.