When Scott Kim takes the reins of Allianz Real Estate’s Asia operation this summer, he should be familiar with his new employer.

The former global head of real estate at National Pension Service of Korea will be overseeing a period of stabilization in the region for the German insurer platform following six years of fast growth. Between 2016 and the first quarter of this year, Allianz Real Estate’s assets under management in Asia soared from approximately $800 million to about $8.7 billion – close to its 10 percent of total assets target.

Kim was, in fact, one notable contributor to this growth while leading the international real estate activities at NPS. In 2020, the Korean state pension manager committed $1.15 billion to a $2.3 billion fund-of-one called Allianz Real Estate Asia Pacific Core 1. The vehicle effectively kick-started Allianz Real Estate’s third-party equity business, an area it has been keen to grow further since.

It was the kind of collaboration that has become commonplace among private real estate’s top-tier institutional investors since the global financial crisis in 2008, where groups of two or more large ‘like-minded’ institutions combine forces for big-ticket single or group investments. Both NPS and Allianz have been regular club investors, often teaming up with institutions of similar scale and with meaningful benches of real estate executives able to do much of the lifting they previously outsourced to managers.

Kim’s appointment at Allianz demonstrates how the notion of like-minded institutional investors extends to personal levels too. His recruitment represents a reunion with Allianz’s global chief executive officer and chief investment officer Francois Trausch. They previously worked together at the investment business of US conglomerate GE Capital. Kim was a senior asset manager in the real estate team at GE Capital between 2007 and 2013, overlapping with Trausch’s five-year tenure as head of Asia real estate at the same organization between 2010 and 2015.

This familiarity undoubtedly helped in the subsequent establishment of Allianz Real Estate Asia Pacific Core 1, a partnership Trausch told PERE he was hoping to extend further into subsequent endeavors. With Kim onboard, it is reasonable to presume further duets are possible. Kim starts at Allianz with a residually strong relationship with NPS after seeing his recommendation for a successor approved. Rachel Oh worked under Kim throughout his six-year tenure leading the real estate activities of the investor, which ranked 15th in PERE’s Global Investor 100 ranking with $28.8 billion of assets.

While NPS must continue to pursue significantly more growth if it is to meet its target of growing its alternatives portfolio from 11 percent currently to 15 percent of its overall asset base by 2025, Kim has joined an investor that has achieved many of its fast growth plans and is now switching gears. Excluding the assets of its affiliates at parent company PIMCO, the investor today controls approximately $61 billion of real estate – including about twice the equity holdings of just six years ago – placing it at a lofty second place in PERE’s ranking.

But while Kim assumes responsibility for a platform pivoting for a more stabilized period, he will only be too acquainted with the steep trajectory his new employer has been on having come from another organization with fast-growth plans. That is all part of a like-minded set up. 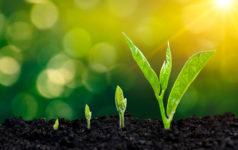