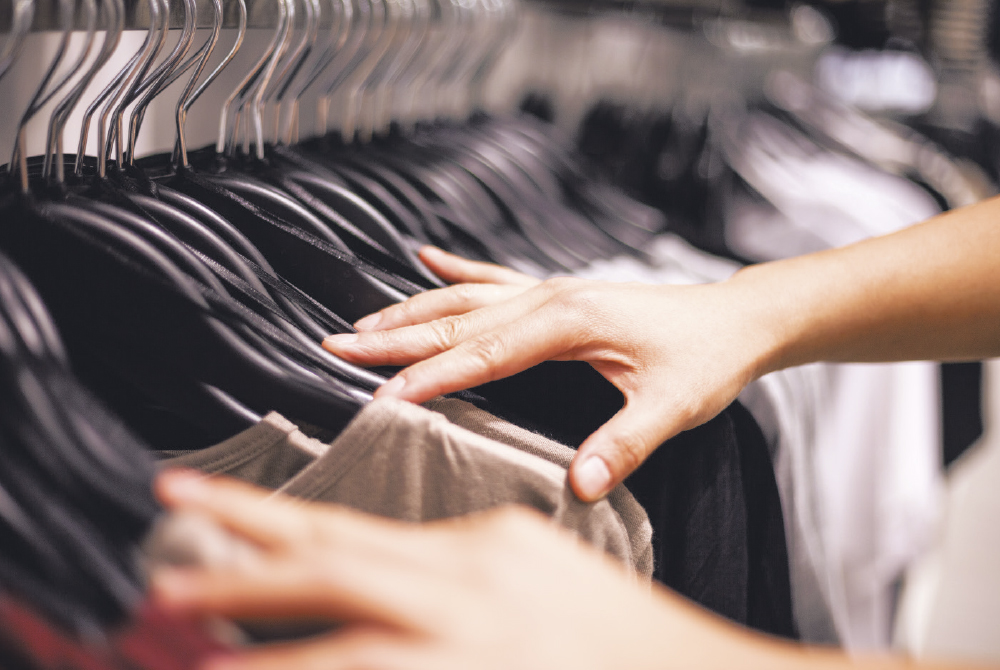 It is almost impossible to escape headlines about retail failures and bankruptcies in the US nowadays.

Every month for the past year, it seems, yet another retail chain has filed for Chapter 11 bankruptcy. Decades-old brands that the average American might have deemed untouchable have turned out to be among the biggest losers. Toys‘R’Us, Sears, Macy’s and JCPenney have all had to vacate dozens of locations.

Media outlets have dubbed this era the “retail apocalypse”, with some suggesting the worst is yet to come. In an April report, UBS predicted that 75,000 more stores would be forced to close by 2026, in part because of the rise of e-commerce.

However, doomsday forecasts do not capture the whole picture. The collapses and closures are certainly grabbing most of the headlines but, contrary to the apocalypse narrative, retailers including TJ Maxx, Marshalls and Dollar General are expanding, with some planning to open hundreds of new stores this year. Even Amazon, the driving force behind online retail, is reportedly planning on opening dozens of grocery stores in US cities.

In its year-end report, JLL went so far as to call 2018 a “banner year” for retail investment. Deal volumes increased by 28.9 percent on 2017, driven in part by big one-off entity-level transactions such as Brookfield Asset Management’s $15 billion acquisition of mall owner GGP.

So, how do these seemingly conflicting realities mesh, and what does it mean for the availability of debt finance for the US retail sector?

Investors and lenders that have been closely tied to retail for many years argue that the negative headlines are not a sign of collapse for the US retail sector, but instead signal a seismic shift in the market landscape. The role of retail, and the part played by bricks-and-mortar stores, is undergoing a significant change that not all players are prepared for.

“With the advent of online shopping, the format of malls had to change over time,” says Jack Gay, global head of commercial real estate debt at Nuveen Real Estate, the global fund manager that both owns and lends against retail. He says that although the havoc it wrought has been exaggerated, there is no denying that a decade of online shopping has “accelerated the change” that had to happen in US retail.

Eric Rothfeld, managing director in Fitch Ratings’ commercial mortgage department, notes that shopping centers have been the most affected by the retail crisis. They are losing anchor tenants, he explains, and issuers of commercial mortgage backed-securities are generally avoiding mall loans. Class B and C-grade malls are generally under a great deal of stress, he adds: “The only malls we see today [considered for inclusion in CMBS issues] are trophy malls.”

Melissa Che, senior director at Fitch Ratings, adds that the average retail concentration in CMBS, by overall balance, dropped from 51 percent in 2010 to 28 percent in 2018. A large portion of that exposure comprises shopping strips or grocery-anchored retail schemes. Although that part of the market remains relatively healthy, Che insists, the drop in the inclusion of retail in CMBS transactions is noticeable: “CMBS has become a pretty small component of retail lending overall.”

Nick DiMauro, vice-president of capital markets at Sterling Organization – a private equity real estate firm specializing in US retail investment – says there is a clear distinction between retailers that have failed to move with the times and those that have become the most reliable tenants by changing with the market. “I don’t think the old players adapted to the ever-changing retail landscape, and that played a key role in why they failed,” DiMauro says.

Further redundancies and store closures can be expected, he adds, as the US may have too many malls for its population. However, he insists there are new players moving in to take the market share lost by the likes of Sears and JCPenney, even if their expansions do not make many headlines.

DiMauro adds that the winners are retailers that focus on what cannot be replicated online: “People generally still want to go to a grocery store to touch the food they will buy, and you can’t get your hair and nails done online.” To keep up with the times, he often sees large tenant spaces split up into several smaller shops, and tenants close to major roads are even adding distribution centres to their properties.

According to research firms such as Moody’s Investors Service, many of the retailers expanding in the current market are budget or discount retailers.

“None of us believe retail is going anywhere,” says DiMauro. “It’s just a matter of who will adapt best to the ongoing retail evolution in the next five to 10 years.” For retail property investors, and their lenders, that is the multi-billion-dollar question.

The uncertainty around who will be left standing after the retail market completes its metamorphosis has made lenders more cautious about their exposure to the sector. Banks and insurance companies, which typically have lower risk thresholds than alternative lenders such as debt fund managers, have become particularly nervous of the sector.

The fact that, according to Fitch, retail has had the highest rate of CMBS loan delinquency since mid-2015 has undoubtedly shaken lenders’ confidence. The retail delinquency rate has remained around 6 percent over the past four years. Although the figure is substantially lower than the rates for most asset classes back in 2010, when the entire US property sector was in crisis, it is still twice the current average for all real estate types.

Sterling Organization’s chief financial officer, DJ Belock, admits there is a “shallower pool” of lenders for retail property than the Florida-based firm has witnessed in the past. “In 2015, we could have had eight to 10 potential lenders bidding to finance a property, and we could push on price and terms,” he says. “But now, you run a whole process and you might get two or three names.”

Debt finance for retail property is still available, explains Belock, though established relationships with lenders are important in the current environment. Most banks have a large pipeline of real estate deals to consider, including in the booming logistics sector, and high-level managers may be influenced by headlines about the ‘retail apocalypse’ and therefore averse to the perceived risks associated with the sector. “It’s self-preservation,” says Belock.

Nuveen’s Gay agrees: “Lenders are generally focusing on safer bets – focusing on experiential retail like restaurants, entertainment and supermarkets, or on more urban environments.” He points out that loans that would have been considered perfect for the most risk-averse insurance companies some years ago are now more likely to be taken on by CMBS lenders.

“We’re still watching this market correction play out at this point in the cycle,” he says. “Threats to the retail market are more defined, and dislocation in the market is more solidified now.”

Gay notes that this will demand extra caution from debt investors. In his view, they will need to consider not only what the retail market will look like a decade from now, but also how the lending market will have changed for the purpose of refinancing loans written today.

DiMauro adds that investors “have their microscopes out whenever they look to underwrite a retail deal now”.

Despite the reduced lending appetite from traditional bank lenders, some retail investors claim to see an increased supply of finance from debt fund managers, leading to compressed pricing in certain parts of the market.

“Funds have been filling the gaps on lower-quality real estate and retail,” Gay says. “Over the past three years, pricing has compressed because the availability of capital is fairly broad.”

Some of these funds are taking on higher-risk and distressed opportunities, even though the market correction and structural shift is still playing out. Some also observe opportunistic investors aiming to get hold of retail through the debt route.

“Many legacy pre-2008 crisis loans on distressed assets are reaching maturity,” says Che. “Those are being acquired by some commercial real estate investment funds that are looking for an opportunistic redevelopment play – buying them cheap and repositioning them.” The cap rates on highly distressed malls can be more than 20 percent, she says, but more often settle around the 12 percent range: an appetizing return for those willing to take the risk, considering that market cap rates at origination were closer to 6-8 percent.

In a familiar story, Gay points to the excess of capital looking for yield: the “race to do well”. With little sign of higher returns because of the low interest rate environment, it only stands to reason that investors would branch out.

“There has been a proliferation of debt funds, but a good many of them don’t understand retail,” says Belock. “So, they may not know how to price certain assets.” He adds that the Sterling Organization has borrowed from new non-bank entrants to the market, but says doing deals with debt funds usually means doing them at a higher price, with more negotiations and restrictions involved.

“Debt fund lenders are more eager to put capital out,” says DiMauro. “And sometimes they are the only ones willing to lend to the leverage you need or the redevelopment that you need.” Funds are the lenders that are willing to underwrite a project that has to back-fill a tenant, or a mall that needs construction.

Fitch’s Rothfeld insists that the ‘crisis’ in US retail is really ‘distress’, as the banks and traditional lenders pulling out of retail real estate leave property owners looking for alternative sources of finance. Now that those alternative lenders have emerged, it is a question of which landlords and retailers will be able to win their confidence during the market transition.

“Whatever retail looks like today, it will look different tomorrow,” says Belock. “And we, as investors and lenders, need to be prepared for that.”