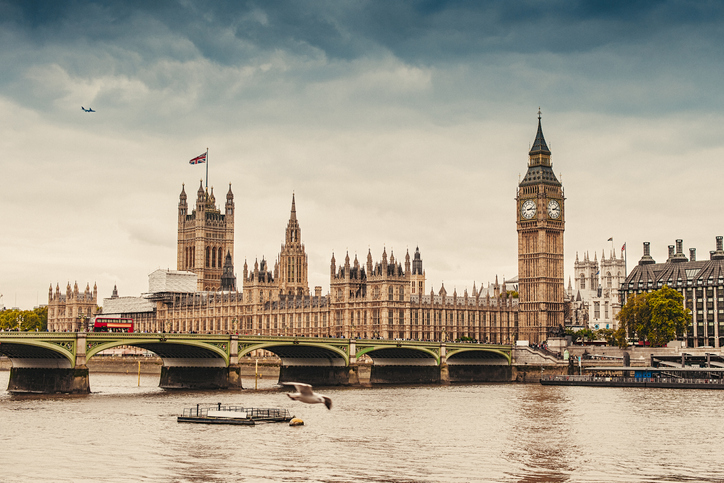 The death of Queen Elizabeth II has prompted a pause in the fledgling premiership of UK prime minister Liz Truss. However, with the country facing major economic headwinds, real estate professionals are considering how her economic policies may impact the industry.

Truss has not had the opportunity to formally announce policy beyond her energy price cap, which is expected to cost up to £150 billion ($175.6 billion; €173 billion), funded through borrowing. It is therefore unclear how much of her campaign trail rhetoric will translate into hard policy.

Her original pitch was to members of the UK’s ruling Conservative Party, who in voting for a party leader to succeed Boris Johnson would, by extension, choose a new prime minister. Truss, a right-wing conservative, has said she wants to spark growth by cutting taxes and reducing the emphasis on wealth redistribution.

Her economic plan, dubbed ‘Trussonomics’, is highly contentious. Her leadership opponent, former chancellor Rishi Sunak, said it would put the UK’s finances in “serious jeopardy”. Certainly, Truss  faces the challenge of implementing her plan amid soaring inflation and a cost of living crisis.

“I doubt that any incoming prime minister would have faced a more difficult set of circumstances,” comments one UK-based real estate banker, who wished to remain anonymous. “What happens next will depend on whether Liz Truss is happy to pivot away from the desires of 140,000 Conservative Party members towards, a) the capital markets, and b) the wider populous; the requirements of which not necessarily being in the same direction.”

Hours before the announcement of the Queen’s death on 8 September, Truss revealed her plan to cap household energy bills at £2,500 per year for two years, plus six months of support for businesses, funded by increased borrowing.

An impact for private real estate executives doing business in the UK is too early to assess strategic changes.

“Our real estate holdings on behalf of our clients are typically centered around long-term strategic themes,” says Sophie van Oosterom, global head of real estate at London-based manager Schroders Capital. “Therefore, as the policy announcements are for now mostly directional only, it is too early for us to make any strategic allocation comments for our real estate holdings.”

Charles Baigler, head of acquisitions, real estate, for manager Pictet Alternative Advisors, tells PERE that while Truss’s energy intervention has “spooked currency markets”, additional borrowing was inevitable, whoever the prime minister was. “So, this measure in isolation hasn’t changed our perception of the UK.”

The challenges and risks to the UK market poses predate Truss’s election, he adds. “The speed with which the UK real estate market has corrected has clearly been higher than anticipated, as has the reduction of liquidity in the real estate debt markets, the extent of the rate of inflation and the rise in base rates to attempt to counter this – no doubt with more to come. A recession is highly likely, if not already here. The result of all these factors is an increase in uncertainty and an increase in risk.”

Truss’s energy intervention will curtail a major driver of the UK’s cost of living crisis. But some economists warn cutting taxes and a return to 1980s-style ‘trickle-down’ economics will fail to create sustainable growth and will add to inflationary pressure. There are also concerns for the value of the pound, as markets digest the impact of the energy plan on UK debt. At press time, a pound bought as little as $1.17 or €1.15 and talk of pound-dollar parity has even emerged.

The anonymous banker expects the UK’s debt-to-GDP ratio to rise above 100 percent by Q1 2023. He adds: “I can’t fathom why it is a good idea to cut taxes right now, particularly given the strata of the population who will benefit from the tax cuts. It seems to be completely out of kilter with the right idea to provide some targeted support to ease the cost of living.

“Cutting taxes and increasing spending increases the size of the UK balance sheet. The capital markets will respond quickly if they lose confidence in the UK’s ability to service debt – the cost of that debt will rise, harming the leveraged investor.”

The Bank of England has said the energy cap could help reduce inflation but that it is too early to tell what it will mean for interest rates. Amid interest rate uncertainty, sources expect core real estate transactional activity to be suppressed while investors and lenders seek clarity. Meanwhile, opportunistic, and cash-rich, buyers are expected to target deals.

Truss has made clear her desire to deregulate, particularly EU-era red tape. She has suggested she would like to change Solvency II requirements for insurers as part of her aim to “unshackle” the City of London.

William Matthews, head of UK commercial research at property consultant Knight Frank, says deregulation could be a positive. “If done thoughtfully, this plays well to an international perception of the UK as a flexible and efficient market in which to operate, attracting global corporate and investment demand for commercial real estate.”

However, regulation, including Solvency II, has been a major driver of the reshaping of Europe’s real estate debt market, in particular in the wake of the global financial crisis. Relatively favorable capital treatment of real estate debt under Solvency II has encouraged insurers to back such strategies. Deregulation could therefore have a nuanced effect on capital flows into the property lending market.

As for the Truss government’s direct impact on property markets, lenders are keen to see support for housing development, according to affiliate publication, Real Estate Capital Europe. Randeesh Sandhu, co-founder of development financing platform Précis Capital Partners, noted that both Truss and Sunak during the leadership campaign distanced themselves from delivery targets.

Political support to address undersupply through a program of housebuilding is crucial, he believes. “That kind of supply-side measure is the only way to address the affordability issues that will otherwise continue to plague UK homebuyers and renters, rather than rent controls and other demand-side restrictions.”

Daniel Austin, chief executive of specialist lender ASK Partners, wants to see Truss’s proposed target of 1 million homes built on greenbelt land around London and other major UK cities materialize. “Her pledge to scrap the 300,000 a year housebuilding target is clearly controversial. But I’d hope that giving more power at a local level will help councils revive their own communities and fast track planning for sites that are ripe for redevelopment,” he says.

Austin also hopes localized planning will drive approvals for schemes including office-to-retail conversions. “Her proposition to create investment zones in designated brownfield areas that will benefit from streamlined planning processes could unlock significant areas of redevelopment potential for which there is plenty of investment capital waiting to be deployed as an inflation hedge. This could provide a significant boost to the demand for warehousing and logistics and life sciences provision,” he adds.

Sandhu also wants clarity on plans to reform the private rented residential sector, following a white paper to Parliament in June. “We are supportive of the previous government’s commitments to promote the welfare and security of renters, and we believe that further institutionalization of the UK’s rental sector, with professional institutional investors and property managers continuing to take market share from buy-to-let landlords, will be important to accomplishing this,” he says.

How Truss’s economic policies translate from rhetoric to policy is the big question facing the real estate industry. But for the anonymous banker, her premiership may not be long enough to have real impact, with a general election due in 2024 and a hugely challenging 24 months ahead of her. “I doubt whether many, or any, prime ministers could navigate successfully through the upcoming months,” he says.