PERE
Home News & Analysis Howard Marks: Lack of confidence ‘one of the best things market has...
Return to search
Managers 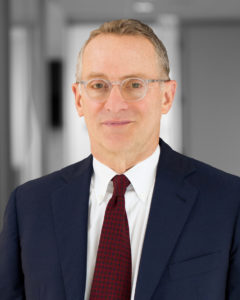 “This is not like any other cycle,” said Oaktree Capital co-chairman Howard Marks (pictured), a keynote speaker at the PDI New York Forum. Addressing a packed room, he added: “No one is fully confident and complacent today. No one is self-assured. Indeed, the lack of confidence is one of the best things the market has going for it.”

However, Marks said this should lead no one to assume that investors are all acting in rational ways: “Even though they’re not thinking bullish, they’re acting bullish. They’re not doing what they want to do, but rather what they feel they have to do. They have to keep putting money to work in an environment where there is too much capital.” Marks described these investors as “handcuffed volunteers”.

Marks felt the best response to challenging market conditions was to try and get the odds on your side by understanding where we are in the cycle and acting accordingly. He said there was always a balance between the risk of losing money and the risk of missing opportunities, and that the key was identifying the right balance between the two. Today, he said, it was “important to worry about losing money more than missing opportunity. It’s hard to see what the missed opportunity is today”.

He urged managers to be disciplined by only raising the capital they need, and insisted there were no giveaways in today’s market. The best any investor could do was to “buy the least worst”, he said to nervous laughter. Asked for estimates of what returns investors could reasonably expect from a range of private debt strategies, he suggested around six percent for senior debt, 9 percent for junior debt and “somewhere in the middle” for mezzanine.

Known as a contrarian investor, Marks said the key to success was not quite as simple as just doing the opposite of everyone else: “You first have to try and understand what the crowd is doing and why before you think about doing the opposite.” He said he felt the correct stance was the one advanced by Yale chief investment officer David Swensen, which he coined “uncomfortably idiosyncratic”.

Marks questioned whether central banks should still be stimulating the economy “in the 11th year of an expansion”, and suggested it was not their job to prevent recessions from occurring naturally. He also said he thought it unlikely that any Democrat candidate espousing extreme left-wing views would win an election against President Donald Trump, though holding such views could make it easier for them to win the nomination.