LaSalle Investment Management has committed up to half a million dollars to building its pipeline of Black and Latinx recruits.

The Chicago-based manager has created a five-year program to provide college sophomores from those underrepresented racial groups with $10,000 scholarships and a mentor from the firm’s executive team. Alfreda Delle, the managing director who oversaw the creation of the initiative, said the goal is to bring on at least one scholar per year as a summer intern and ultimately hire them into full-time positions.

“When we think about increasing diversity and improving recruitment, it’s really about exposure, as well,” Delle told PERE. “We wanted to start earlier on, before individuals have entered their careers, while they’re still in their studies, and expose them to commercial real estate as an option.”

LaSalle has been trying to diversify its ranks since 2014, when it launched its Growth Through Inclusion program, which has had more success advancing women than minorities. This disparity has been common among private real estate managers. While the share of women in leadership positions grew modestly from 12 to 16 percent between 2017 and 2019, according to the National Association of Real Estate Investment Managers, the share of top executives who identify as Asian or African American remained stubbornly low, at 4 percent for men and 2 percent for women.

Earlier this summer, the National Multifamily Housing Council hosted a webcast called The Diversity Pipeline Challenge to address the struggles of attracting minority applicants in real estate. Jeffrey Hayward, head of multifamily at the government-backed lender Fannie Mae, said one reason few Black graduates are drawn to real estate because the sector is historically insular. “Our business is a fascinating and rewarding business, but most people don’t know it,” he said. “If your parents weren’t in it, you have no clue. If your parents didn’t own a commercial building, if your parents didn’t own a house, they probably just didn’t know.”

The idea for the LaSalle Real Estate Scholarship for Black and Latino/a Minorities stems from the national reckoning over racial inequity in the US brought on by the high-profile police killings of George Floyd, Breonna Taylor and other Black Americans. Delle, deputy portfolio manager for LaSalle’s flagship, open-end US Property Fund, noted that racial injustice is not new in the US, but the current spotlight on these issues inspired LaSalle to seek ways of making a tangible difference.

“We took this moment as an opportunity and asked how we can use it to benefit others,” she said. “Now is the time to not just talk about [racial inequity], but to act. In forming this scholarship program, we thought about what could be impactful now and in the long run as well.”

LaSalle granted scholarships this fall to one student at each participating institution, including Roosevelt University in downtown Chicago and the historically Black colleges of Morehouse and Spellman in Atlanta, where LaSalle has another office. Given the emphasis on mentorship – scholars must have at least quarterly contact with their mentors – Delle said proximity was a bonus for those schools, but not a necessity. The fourth school is Florida A&M, a historically Black university in Tallahassee, Florida.

Delle said the firm hopes to add more universities throughout the country and award as much as $100,000 per year. She added that LaSalle views the initiative as a broader recruiting tool beyond those who participate directly in the program, in that one student’s positive experience with the firm will help to improve its reputation more broadly.

Delle notes numerous benefits of a more diverse staff, such as higher morale and a more varied set of perspectives. More critically, though, is the impact on investors. “If there are five middle-aged white men sitting across from a very diverse US pension fund, they’re going to notice the firm doesn’t look like their constituent group,” she told PERE. “It matters. That can have a direct impact on a firm’s investor relations and capital raising efforts. Research shows that diverse teams generate better performance, so there’s no downside to increasing diversity, it can only be positive.” 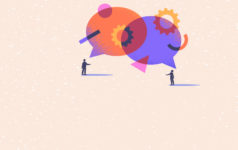