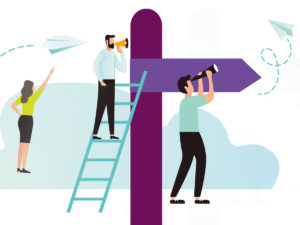 Environmental, social and governance considerations will play an increasingly important – and perhaps even critical – role in choosing a fund domicile in the coming years, according to a survey by market researcher IFI Global, conducted with the support of trade body Jersey Finance.

The Future of International Fund Domiciliation 2021 took responses from investors, managers, industry advisers and lawyers, primarily in the UK and US. Manager respondents oversaw total assets of $2.14 trillion, and dedicated alternative assets of $91.5 billion.

Only 39 percent of all interviewees said they do not think ESG will impact domiciliation patterns, though no respondents said ESG has yet influenced their choice of fund domicile.

“Historically, we’ve seen asset classes congregating in jurisdictions,” Elliot Refson, head of funds at Jersey Finance, told affiliate title Private Funds CFO. “We’re currently seeing it in Jersey, vis-à-vis private equity. Another example is Bermuda, back in the day, with hedge funds. And I do believe that there is an opportunity for a single jurisdiction to come to the fore in the ESG space.”

Refson says private equity domiciliation in Jersey has grown 155 percent over the last five years, and the number of individual funds has more than doubled, in part because of government and regulatory efforts, as well as Jersey Finance’s opening of an office in the US to make its pitch to managers there.

The number of US fund managers new to Jersey grew 17 percent over 2020, adds Philip Pirecki, head of business development, Americas, at Jersey Finance.

Refson and Pirecki say mounting challenges to the ease of fund domiciliation and higher costs in some jurisdictions present Jersey with an opportunity. The survey found that substance demands in certain jurisdictions, including Ireland, were beginning to affect domiciliation and fund structuring decisions. A total of 58 percent of manager respondents had funds domiciled in the EU.

And some US investors are dissatisfied with increases in fees related to funds domiciled in Cayman. “It is understood that these fee increases are generally the result of new extra regulations,” including anti-money laundering requirements, according to the report. Cayman was compelled to introduce such rules after being blacklisted by the Organisation for Economic Co-operation and Development in early 2020.

“I think you are in an environment where, as a manager, you don’t want to create hurdles. You want to take hurdles down to investment, and where you establish your structures, particularly if you’re taking, for example, international investors’ capital, is going to be important to allocation decisions,” says Pirecki.

The survey also found that most interviewees believe jurisdictions should develop their own regulatory frameworks for ESG, with one UK respondent saying the EU may have “shot itself in the foot” with the Sustainable Finance Disclosure Regulation, which it recently began phasing in.

Refson believes the market wants a diversity of choice in the matter, and jurisdictional differences could yield strategic and competitive advantages for savvy funds. Only 12 percent of respondents said an international standard for regulation would be beneficial.