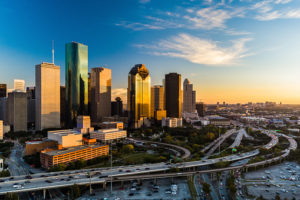 Hines is looking to double its assets under management over the next two or three years, PERE has learned, and it is scaling up its fundraising capabilities to do so.

The Houston-based company, which manages about $85 billion of real estate today, took its latest step towards achieving that growth by launching its flagship US closed-end fund, Hines US Property Recovery Fund, January 10. The vehicle has raised $590 million in seed commitments and is aiming to hit $1 billion by the middle of this year.

Roughly 75 percent of the fund is earmarked for acquiring assets for redevelopment, with half of that sum focused on “deep redevelopment” of obsolete properties. The other 25 percent is focused on ground-up development. This is emblematic of the advantage Hines believes it brings to the asset management space, Alfonso Munk, the firm’s chief investment officer for the Americas, told PERE.

“There are many other opportunity funds or higher returning funds out there in the US. In fact, that’s one of the issues, too much liquidity [in the market],” Munk said. “But there’s nobody like Hines doing it.”

HUSPRF was initially intended to take advantage of covid-driven distress, Munk said, but such a pricing dislocation never materialized. Instead, many property types saw their values rise during the pandemic as investors continued to pour money into the asset class. That dynamic speaks to a deeper advantage Hines brings to the market, he said.

“To generate that return on behalf of clients and investors, you really can’t just buy at a high cap rate and sell low, you can’t just wait for things to happen,” Munk said. “You have to add value. We call it working the assets, which means modernizing, upgrading, bringing new amenities and services to increase the rents, increase the occupancy and improve efficiency.”

While HUSPRF’s development-heavy strategy is opportunistic in nature, Hines is being more prudent with leverage than a traditional opportunity fund, Munk said, capping it around 50 percent loan-to-value. The company simply designates its funds as either core-plus or higher returning.

The first two transactions closed through HUSPRF were a pair of California logistics development sites, one in Orange County, the other in the San Francisco Bay Area. Hines plans to build a total of three warehouses on the parcels at a total investment value of $186 million.

Hines also has several repositioning projects lined up, Munk said. One is a downtown office building in a Midwestern city that it plans to convert into residential use. Another is an open-air Sunbelt shopping center where it plans to add apartments. Some of its redevelopments are less drastic, including an office project in a gateway city, which will be updated with modern amenities, such as open spaces and on-site retail. Munk declined to share specific details about the projects because the acquisitions have not yet closed.

“There are plenty of old office buildings, apartments and retail centers that have very limited viability going forward. Changes need to be done,” Munk said. “As an operator, because we’re in direct contact with the tenants, we’ve signed the leases, we’re the facilities manager for companies like Google and Facebook and JPMorgan, we hear what the tenants need.”

The company has a long history of managing separate accounts for institutional investors such as the California Public Employees’ Retirement System and, more recently, the National Pension Service of Korea, but not every institution has the capacity or desire to participate in those kinds of structures. The commingled model also opens Hines to a broader pool of institutional investors.

In fact, Munk said, commingled structures were the response to investor requests for optionality. “We decided to create a structure, a broad suite of products we can offer to our clients who were asking for it,” he said. “Some investors like to invest in individual projects, some investors want to be more diversified.”

To support this initiative, Hines hired 30 investment professionals between July and December of last year, 15 focused on the US, 15 focused elsewhere in the world.

HUSPRF is the second higher-returning strategy Hines has launched since 2017, following its European Value Fund series, which is now on its second vehicle. A higher-return vehicle focused on Asia is in the works. On the other side of the risk-return spectrum are a trio of core-plus, open-end vehicles that have been rolled out in recent years to target the US, Europe and Asia, respectively.

Hines US Property Partners, the firm’s US open-end platform, was launched last year and is now up to $1.3 billion of committed capital. Thus far, the fund has acquired $800 million of assets. Munk said he sees that platform swelling to several billion dollars eventually.

In the meantime, the firm has its sights set on deployment. Munk said Hines is aiming to place $3 billion this year into the US from its discretionary funds alone, plus as much as $6 billion in joint ventures and separate accounts. “We’re going to be a very busy enterprise,” he said.