What does DE&I mean to you?

At HESTA, DE&I means allowing everyone to bring their whole self to work and being intentional about making sure there are differences within that group. But the way we apply DE&I varies depending on the sphere of influence. As an investor, we understand that companies that take DE&I seriously will outperform competitors that don’t. We also realize we have a role to play as an employer.

After all, diversity of thinking, as well as diversity in the way we look and feel, makes for a healthy team. Finally, we understand that DE&I matters in an advocacy sense. Our members are over 80 percent female and so we have a unique voice. If we speak about DE&I, people listen, especially those that hold the levers of power.

What are the biggest challenges in driving DE&I forward?

Tokenism and a lack of authenticity. Take gender diversity on boards. We see companies picking up one female board member in response to investor scrutiny. That doesn’t represent a meritocratic decision-making process and it is not going to deliver results. We want to see boards that are genuinely diverse, but we want to see a diverse pipeline in the executive ranks as well.

What initiatives do you think are particularly effective when it comes to achieving that?

It is both the little things and the big things. I have seen companies signaling intentionality around gender balance in the executive ranks, supported by gender-blind recruitment or affirmative action targets. That lays out their values for everyone to see. But the little things can be equally exciting.

At HESTA we have a gender-blind parental leave scheme and it has been fantastic to see fathers take up that entitlement. Not only is it great for them and for the child, but it sends a message to everyone else. Having children is a natural part of life and shouldn’t inhibit your ability to take part in the workforce. We accommodate that, just as we would a long service leave that allows you to take a caravan around Australia. It is part of life, part of you, and we welcome every part of you.

Why is a DE&I mindset crucial when it comes to an equitable energy transition?

Anything that happens existentially to an economy is usually disproportionately felt by diverse communities. Policies mustn’t just impact the entitled or those with the loudest voice. Climate change will have health impacts for HESTA members, who are overwhelmingly female and have a high proportion of cultural and linguistic diversity. They tend to be lower-income health and community service workers, and so the economic impacts will be acute as well. Many also live in communities that are held up by jobs that will no longer exist in a low-carbon future. We therefore feel an obligation to speak out on why the transition must be fair, just and intentional. 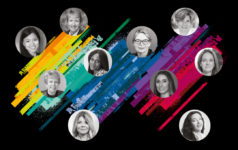 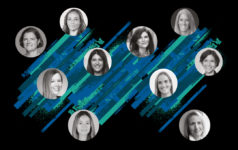 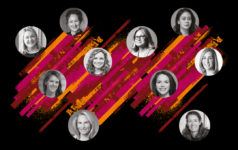