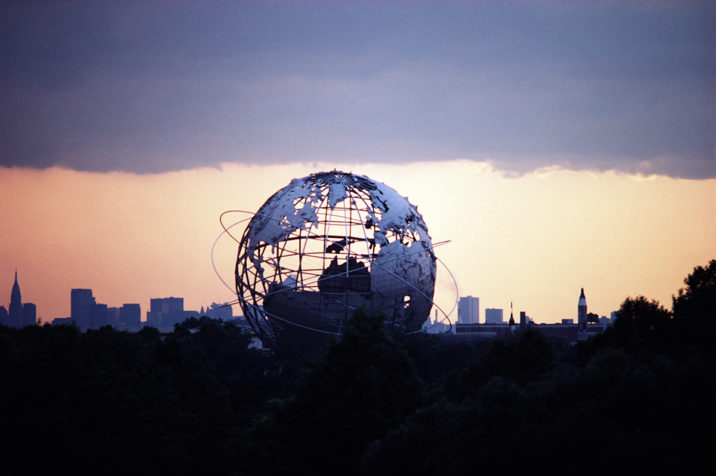 Now, we continue our countdown with the investors from 19-11…

Florida State Board of Administration

The Florida State Board of Administration sits within the top 20 largest real estate investors despite being a net seller in the last year, according to Real Capital Analytics. The $194 billion system’s exited deals included a 104-unit Seattle senior housing property in August for $24.5 million and a three-property Florida industrial portfolio in February for $67.1 million.

However, the investor was still active on the acquisitions side, buying a 75 percent stake in a 4.5 million-square-foot US self-storage portfolio valued at $630 million, its first major self-storage deal after several smaller transactions in the property type in the early 2000s.

Texas TRS underwent a major leadership shake-up this year. Britt Harris, who was with the pension for over a decade, left the chief investment officer position in June to become the chief executive at University of Texas/Texas A&M Investment Management Company. The following month, the $140 billion pension promoted Jerry Albright from chief operating officer and director of investments to CIO, and in September, named Jase Auby deputy CIO, among other internal leadership changes.

Another new entry is London-based pension fund manager Prudential, which acquires real estate through its investment arm, M&G Real Estate. One of the busiest operators in this year’s ranking, the firm has made numerous mid-sized investments across the globe.

M&G began the year with the acquisition of a $113 million development site in Japan and a $165 million Melbourne mall. This was followed by office buys in Stockholm, Manchester, Berlin and Luxembourg, its first purchase in that market; the four deals totaled $500 million. Its coup de grâce came in securing a $500 million mandate to invest in UK property on behalf of an undisclosed European institutional investor. M&G Real Estate chief executive Alex Jeffrey said further mandates targeting Europe and Asia could be realized next year.

Cadillac Fairview’s real estate holdings only inched up from $19.36 billion last year, keeping it at the same ranking. The real estate arm of the Ontario Teachers’ Pension Plan has continued to focus largely on its home markets.

The firm started 2017 with a major Vancouver property sale, which saw two other Canadian institutional investors buy a combined 50 percent stake in a four million-square-foot portfolio for an undisclosed price. In other acquisitions, Cadillac Fairview picked up a suburban Sears location for
$18.7 million in a sale-leaseback deal. The firm managed 86 percent of its portfolio in Canadian office and retail properties, as of December 31, along with 7 percent in US property, 5 percent in emerging markets, including Brazil and Mexico, and 2 percent in other, unspecified real estate.

The National Pension Service of Korea increased its private real estate holdings via club deals, fund investments and joint venture partnerships in 2017. Its alternative investment strategy continued even as the pension fund grappled with a series of senior management departures. One of the highlight deals this year was its investment in IGIS Asset Management’s discretionary core fund that purchased the Signature Tower in Seoul for $635 million, becoming the largest property deal in the country in 2017. NPS’s commitment, which anchored the deal, is understood to account for over 30 percent of the total acquisition price.

Meanwhile, NPS also expanded its exposure in the US, with the purchase of a 27.6 percent interest in a New York office development from real estate investment trust SL Green Realty. With NPS revealing its intention to invest in seven to nine real estate funds in 2017, targeting sectors such as office, logistics, residential and student housing in North America, western Europe and Asia Pacific, the investor is expected to maintain a strong position in PERE’s ranking of the largest global real estate investors.

After placing ninth in 2016’s ranking, the world’s largest sovereign wealth fund has dropped out of the top 10. But next year could well see it shoot back up after NBIM’s chief executive Yngve Slyngstad suggested in August that it would be focusing on property rather than expanding into other asset classes.

This commitment was reinforced in September with the hire of regional chief investment officers for Europe and the US. It has yet to appoint a regional chief in the untapped Asian market, which it could potentially enter next year via Japan or Singapore.

Major outlays in the last 12 months include a €1 billion equity purchase of a Paris office building and New York and Washington, DC office properties for $223 million and $560 million, respectively.

Ivanhoé Cambridge was particularly active in industrial real estate, where it struck its debut US deal via the acquisition of Evergreen Industrial Properties from TPG Real Estate in July. The purchase of Evergreen, reportedly for $1 billion, gave the firm a presence across 18 major US markets, and ownership of more than 150 properties totaling some 16 million square feet.

“We started looking at companies in the industrial real estate sector over two years ago with the intention of making a strategic investment in this asset class,” said Arthur Lloyd, North American president at Ivanhoé Cambridge, at the time.

Earlier in the year, the firm, along with Canada Pension Plan Investment Board, also formed two partnerships with LOGOS to develop industrial and logistics properties in Singapore and Indonesia, giving the developer a total investment capacity of S$800 million ($587 million; €500 million) and $400 million, respectively, in each market.

Ivanhoé Cambridge’s other notable property investments included an initial $250 million allocation to a partnership with Piramal Enterprises Limited to provide long-term equity capital to residential developers in India, and the privatization of Monogram Residential Trust via Greystar’s core-plus multifamily fund, Greystar Growth and Income Fund, in which it is a founding capital partner.

In October last year, Swiss Life AM acquired Mayfair Capital Investment Management, the London-based property company with £1 billion ($1.24 billion; €1.1 billion) of real estate assets, for an undisclosed sum. The move created a pan-European business which brought together a UK platform with real estate teams in Switzerland, Germany and France. Swiss Life said the acquisition of a UK property fund management business had been a key objective following similar purchases in France and Germany in recent years.

The following month, Swiss Life AM announced it was launching its first German real estate investment fund in a bid to expand its market presence in Germany and continental Europe, since then it has purchased an office asset in Amsterdam. The vehicle is planned to be the first of a series of open- and closed-ended funds aimed at institutional investors, as well as mutual property funds for private investors. The fund launch was the result, Swiss Life said, of years of preparation that began in 2014 when it acquired the German real estate fund and asset management company Corpus Sireo.

In the past 12 months, the Singaporean state fund GIC has deployed billions of dollars in direct real estate via joint venture partnerships with investment managers as well as other institutional investors. Though GIC’s current real estate allocation is 7 percent, its growing investing ambitions in the asset class were evident in its latest annual report, in which GIC increased its long-term target allocation to between 9 percent and 13 percent.

In January this year, GIC acquired a 95 percent stake in a 47-story, 1.6 million-square-foot office property in Manhattan, in a deal valuing the asset at $1.04 billion. It continued its pursuit of deals in the US through 2017, including setting up two joint ventures with Beacon Capital Partners to purchase 2.1 million square feet of Washington, DC-area assets with an aggregate value of $1.05 billion. In March, it also partnered with Canada Pension Plan Investment Board to buy three student housing portfolio deals in the US for $1.6 billion.

Meanwhile, in Asia, it took one of its biggest bets in India this year. GIC, which has several residential joint venture partnerships with property developers across the country, agreed to invest 89 billion rupees ($1.39 billion; €1.17 billion) for a 33.34 percent stake in the rental property unit of the real estate developer DLF. The transaction gave GIC ownership of a pipeline of approximately 2.5 million square feet and is pegged to be the largest real estate deal in the country to date.