GIC, the sovereign wealth fund of Singapore, has doubled the price tag on a Taiwanese shopping mall that it acquired a decade ago, but the property’s new owner still expects more value to be created with the asset.

Last week, Hong Kong-based private equity real estate firm ARCH Capital Management announced that its subsidiary ARCH Capital Property Advisors had bought Taimall Shopping Center in Taoyuan City, Taiwan on behalf of an unnamed client. The acquisition of the retail center, which has a total gross floor area of more than 1 million square feet, was done in a partnership with the Taiwan-listed Millerful REIT No. 1. The seller was not disclosed but is understood to be GIC.

The total consideration for the acquisition was around NT$13.8 billion ($450 million; €395 million) – more than twice the $205 million GIC reportedly paid for Taimall back in October 2008.

Although Taimall is already stabilized, Richard Yue, chief executive officer and chief investment officer at ARCH Capital Management, explained that the fully let retail asset still holds further potential. Unable to reveal the name of ARCH’s client, he described it as a pension fund from outside of Asia seeking to build a core portfolio in major gateway cities in the region.

According to Yue, Taimall is “the largest participation in an investment property by a foreign institutional investor in Taiwan in recent years”.

“We still see a number of areas where we can improve the performance on factors such as the tenant mix and operation efficiency,” Yue said. “The bones of Taimall is very well done and it is a dominant center in Tayouan, that is the one of the fastest growing districts in the greater Taipei area and all of Taiwan.”

According to Yue, ARCH approached GIC with an off-market offer for Taimall. He explained that ARCH had been tracking the asset’s development for years as well as keeping track of fundamentals such as demographics.

“I think Taiwan is quite interesting right now due to the cap rates. They are probably slightly below Australia and Japan, but higher than Hong Kong and Singapore,” Yue said. “The financing is lower than the cap rate, so Taiwan is a fairly stable place to invest, and it is relatively cheaper than all the [other] mentioned places.”

ARCH has raised $1.4 billion across funds, joint ventures, and separate accounts. The firm also has more $12 billion gross development value under management across the Asia-Pacific region with an emphasis on Greater China and Southeast Asia.

In October 2017, Yue led the purchase of a 50 percent stake in ARCH, which he formed in 2006, from The Rohatyn Group. The transaction brought the New York-based emerging markets private equity and hedge fund manager’s six-year joint-ownership of ARCH to an end. Following completion of the deal, Yue and his management team now own 100 percent of the firm. 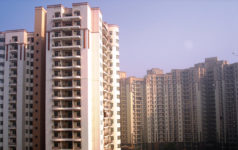 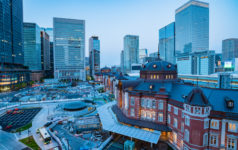 opinion 16 January 2020
Added to your Saved Articles
Loading
Unsave Article
Please confirm you would like to remove this article from your saved articles.
Share with other subscribers
Only logged in subscribers of this site will be able to access the shared article.