The financing, structured as a forward facility with three different drawdowns upon the completion of each asset, was jointly underwritten by DekaBank and pbb, with the first acting as debt arranger.

One of the logistics assets, located in Ergolding, is fully let to BMW until 2032, while the other two are in Marl and let to the Metro Group on long leases, DekaBank said. The Metro properties, with a combined area of approximately 2.5 million square feet, are among the largest logistics assets in Europe.

As DekaBank focuses on growing its loan book portfolio with similar financings involving core assets to experienced sponsors, the share of logistics properties in pbb’s loan book has grown from 8 percent to 11 percent in the past five years.

“We believe the demand for good-quality logistics space is likely to continue,” a spokesman from pbb told Real Estate Capital, noting that more than 50 percent of the capital invested in European logistics comes from investors outside Europe – a figure the bank expects to increase.

The German logistics sector has had an “extremely positive” performance over in the past five years and the asset class is now “firmly established” as a major component of professional investment portfolios, according to a report from JLL.

The average prime yield for the top seven German regions – Berlin, Düsseldorf, Frankfurt, Hamburg, Cologne, Munich and Stuttgart – currently stands at 4.25 percent, which represents a fall of 15 basis points over the first quarter of the year, on the back of solid demand.

“There has been no drop in demand from investors for well-positioned logistics halls or portfolios. The yield compression of almost 70 bps within the past 12 months illustrates this trend, which is further compounded by the persistently low availability of products,” JLL noted. 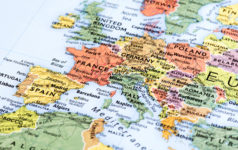