Novus is a developer, owner and operator of build-to-rent assets focused on the Australian market. The initial capitalization strategy is focused on the development of a A$2 billion ($1.6 billion; €1.3 billion) portfolio on a value on completion basis, PERE understands. The newly established platform will focus on a develop-to-core strategy with a 12 percent net levered return expectation.

To date, Novus has identified a pipeline of over A$1 billion in projects in Sydney and Melbourne, with its first development in the latter city.

Novus is a joint venture between former Mirvac executives (and build-to-rent veterans) Adam Hirst and Jason Goldsworthy and the A$3 billion Aliro Group. Hirst will become the chief executive officer, while Goldsworthy will be responsible for driving origination and development of the platform.

Aliro Group will provide equity for the acquisition of seed assets and bring in co-investment capital from its network of institutional investors. The group’s executive chairman David Southon and chief executive Daniel Wise will also become the chairman and director of Novus, respectively.

Established in 2017, Aliro Group was founded by Charter Hall co-founder David Southon and former Orica global head of property Daniel Wise. With a focus on the industrial sector, Aliro manages funds across the risk-return spectrum, raising capital from both international and domestic institutional investors.

The investment in Novus also marks Aliro Group’s entry into the built-to-rent space. “While we continue to grow our presence and scale in the industrial/logistics sector in Australia, we are excited about the outlook for BTR, which represents a significant opportunity to establish and grow a market leading platform in this rapidly emerging investment grade sector in Australia,” said Southon. 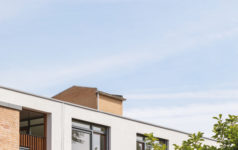