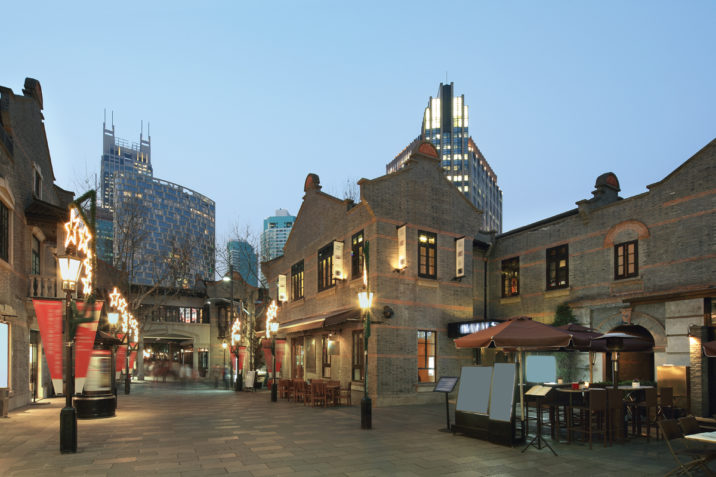 If the walls of Shanghai’s high-profile shopping and entertainment district Xintiandi could talk, they would regale a mixed history of accolades and controversy.

The shopping district is set to be part of an initial public offering by its developer Shui On Land. The company filed for the listing in September with support from investment banks Morgan Stanley and UBS. A successful floatation could raise as much as $500 million, Bloomberg reports.

The shopping and entertainment complex is part of a 13-strong portfolio of completed and income-earning assets in mainland China which Shui On Land hopes to sell down in a bid to lower its gearing ratio and investment in future developments. Other assets are in the cities of Chongqing, Nanjing, Wuhan and Foshan. The deal, which would see Shui On retain a majority stake, also encompasses an auxiliary asset management business.

The assets were once partially in the hands of Toronto-based manager Brookfield and a syndicate of investors. In 2014, they acquired a 22 percent stake in China Xintiandi – an entity wrapped around the properties and controlled by Shui On Land – in a deal valued at $750 million. That deal represented Brookfield’s first foray into China. Brookfield’s consortium exited again in 2018, leaving the assets back solely in the hands of Shui On Land, China property trade publication Mingtiandi reported.

It has won accolades, such as being listed among the “Top 20 cultural landmarks of the world” by Forbes magazine and labeled a “classic case of urban renewal” by the World Bank. But it is also associated with controversy.

There were contentious re-zoning practices which saw families displaced as the development took shape. Also making headlines was Shui On’s owner, the property mogul Vincent Lo, falling out with his brother-in-law, the successful hedge fund manager Kenneth Hung after the two had paired up to capitalize the development, alongside other Shui On projects in 2008. They jostled over spiraling costs, development delays and conflicting approaches to development – the coverage of which has been well documented by PERE given the high level of institutional capital involved.

Shui On will be hoping such issues will be a thing of the past for Xintiandi as it takes steps into listed ownership. Its walls might well be relieved about that.

1870s The Shikumen houses of Xintiandi were first built

2008 Kenneth Hung’s Winnington Capital raises $1 billion for a China development fund to be invested in stakes in Shui On Land developments, including properties around Xintiandi

2013 A feud between Hung and Lo is resolved by intermediaries

2018 Brookfield exits its stake back to Shui On Land

2021 Shui On Land seeks a public listing of the Xintiandi