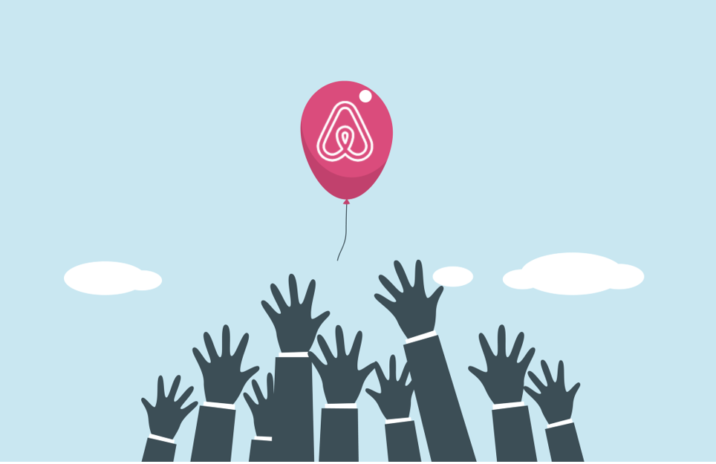 With a public offering expected later this year and a climbing valuation, it is hard to ignore the parallels Airbnb shares with the last space-sharing startup to take a run at the stock market: WeWork.

The firms share common ground on several fronts, but one similarity in particular has skeptics feeling a sense of déjà vu. Airbnb posted a net loss of $322 million through the first nine months of 2019, according to a report from The Wall Street Journal, mirroring the unprofitable tendencies that took the air out of WeWork’s flotation aspirations. With much of its excess spending going toward sales and marketing, it is fair to wonder if the homesharing company is also more style than substance.

However, it is premature to put Airbnb and WeWork in the same category. As Bob Faith, chief executive of Greystar Real Estate Partners, put it, Airbnb also resembles another more successful disruption-oriented firm: “It is my perception that Airbnb is more like Amazon than WeWork in that it can start profiting as soon as it chooses to stop growing,” the founder of the largest multifamily manager in the US told PERE. “Its recent losses seem to be the result of its rapid expansion, not poor management.”

Airbnb and WeWork are undeniably similar. Both companies have leveraged their brands to become occupier magnets despite owning no underlying real estate. They have also injected fringe ideas into the mainstreams of their respective industries: flexible, amenity-rich offices have become the norm, as have immersive travel experiences. Yet, despite these similarities, Airbnb is unlikely to go the way of WeWork for several reasons.

Unlike WeWork, which gorged itself on venture capital to the tune of $22.5 billion – nearly half of it from SoftBank’s Vision Fund – Airbnb has taken on a considerably more modest sum of $4.4 billion, according to the online platform Crunchbase. Also, with reports of Airbnb exploring a direct listing, which would take the stock straight to the retail market rather than use the safety net of a pre-negotiated sale to institutional investors, the company and its backers do not seem too reliant on a massive floatation.

Airbnb’s last proper round of fundraising took place nearly three years ago, with its Series F closing in March 2017. It has gone to the secondary market twice since then, most recently in September 2018. This lack of reliance on outside investment can be attributed to its ability to stand on its own two feet: it posted net profits in 2017 and 2018 of $100 million and $200 million, respectively, which is two more years of profitability than WeWork has mustered.

WeWork’s greatest strength, its ability to scale quickly by vacuuming up office leases, turned out to be its Achilles’ heel, as the company’s liabilities outpaced its revenues. Airbnb, by virtue of using other people’s real estate, does not have this same misalignment. In effect, its leases coincide directly with those of its end users.

As Airbnb and its peers engage with institutional landlords and, in some cases, help finance new developments, the stakes will inevitably rise. Multifamily owners that set aside units exclusively for Airbnb will have to underwrite risk appropriately. However, a homesharing tenant is a significantly less risky prospect than a flexible office provider. Leases are shorter and buildouts less expensive. Converting a short-term stay apartment into one leased to a traditional tenant for a full year is virtually seamless.

In place of WeWork’s curious excursions into co-living and education, Airbnb has broadened its market exposure in a more sensible way. Last year alone it acquired HotelTonight, a last-minute hospitality booking platform, and two companies that feed into its business travel-oriented Airbnb for Work vertical: Gaest.com, a provider of off-site workspace, and Urbandoor, a serviced apartment platform aimed at corporate and transitional housing that was seeded by Greystar.

Like co-working and flexible space for office landlords, homesharing could prove to be a useful tool for multifamily owners looking to diversify their revenue streams and drive income in a low-growth environment. As such, private real estate should not write off Airbnb as the next overhyped startup, but rather track its potential flotation as closely as it did WeWork’s decline. The outcome could speak volumes about a burgeoning market.