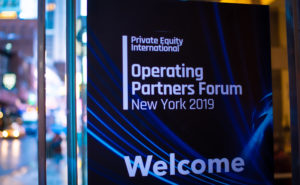 Family office capital may have the capacity to be long-term in nature, but those managing it aren’t too keen on being labelled “patient capital.”

“Sometimes people think about families as slow and whimsical and that we accept lower returns, and then they use the words ‘patient capital’, which drives me a bit nuts,” said Paul Carbone, president and managing partner of Pritzker Private Capital, which invests on behalf of the Pritzker family and others.

Speaking at the ninth annual Operating Partners Forum New York on Wednesday, Carbone said, in his view, long-term investing is “a series of short-term steps and we want to get paid for the risk we take every day. We want to make the same returns – in terms of IRR – whether we own a company for five years or 15 years”.

Mark Sotir, president of Equity Group Investments, billionaire businessman Sam Zell’s private investment firm, said that while EGI – which typically holds companies for around 15 years – can invest long-term and take on value creation plans that take a long time, that does not make the firm a “patient” investor.

“Long-term capital is not patient capital. When people start talking about patient capital, to me that means sloppy. I think Sam would say if you’re not buying, you’re selling, every day.”

In fact, long-term investors need to plan far beyond their intended hold duration.

For longer holds, it’s more important to consider the impact of the macro environment; a lot can change in 15 years. Investors also need to accept that short-term events that traditional private equity investors may hope to steer around or avoid will almost certainly happen within a longer hold period, such as a recession or the need to enact a management succession plan.

“We’ve had a number of assets over the last several years – one in Hawaii, one in Houston, one in Florida, one in Raleigh, North Carolina – that were hit by hurricanes,” Sotir said. “Those events didn’t go into our model, but we weren’t overly surprised that they happened. Over a 15-year period, these types of things that your junior people bullet point in the risk section of their investment memos actually do happen. You’ve got to internalise that you’re going to get hit by black swan events that you will not be able to foresee.”