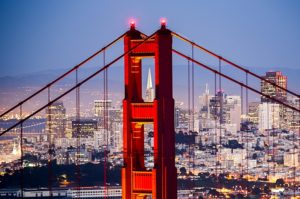 DivcoWest has closed its sixth value-add fund on $2.25 billion, PERE has learned, exceeding its initial target of $1.5 billion.

The oversubscribed vehicle is the San Francisco firm’s largest value-add fund to date. It will focus on making improvements to existing offices and workspaces for life science companies as well as those specializing in research and development.

DivcoWest secured substantial renewals from several top US pensions, including $300 million from the California State Teachers’ Retirement System, $200 million apiece from the Oregon State Treasury and the Massachusetts Pension Reserves Investment Management Board, and $100 million from the Teacher Retirement System of Texas, all of which participated in DivcoWest Fund V, which closed on $1.59 billion in August 2017. The fund is targeting returns in the mid-teens, PERE understands.

In addition to its loyal domestic investors, Heather Meyerdirk, DivcoWest’s head of capital strategies and formation, said in a statement that the fund also expanded its capital base through “key foreign relationships,” though a spokesman for the firm declined to share specific details on those commitments.

Stuart Shiff, DivcoWest’s founder and chief executive, said Fund VI will “capitalize on dislocations and explore and transform the markets where we do business,” according to a press release from the firm. Specifically, the fund will focus on offices and other assets that serve the life sciences and innovation sectors. Key markets include Austin; Boston; Denver and Boulder, Colorado; Los Angeles; San Diego; the San Francisco Bay Area; Raleigh-Durham, North Carolina; Seattle; Washington DC and Northern Virginia; New York and Portland, Oregon.