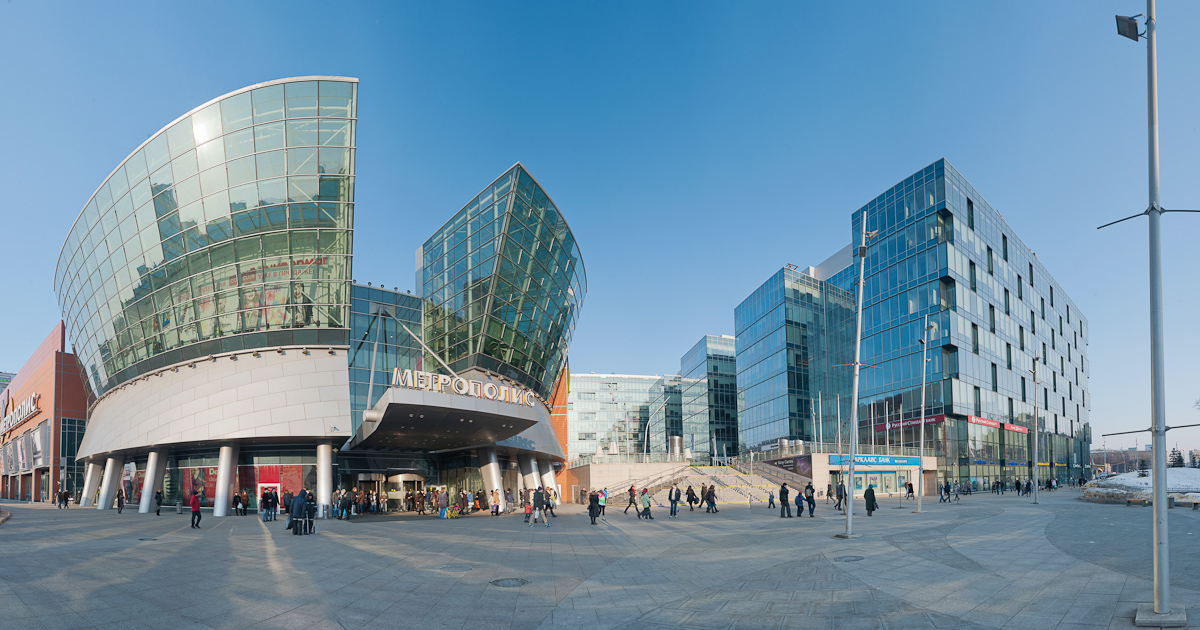 The financial fallout from Russia’s invasion of Ukraine is fast becoming inescapable for businesses worldwide. Those with operations in Russia have been quick to follow government sanctions with declarations of ceasing activities. Apple, BP, Shell, Dior, L’Oreal, PayPal and Mastercard are among hundreds of companies to announce closures or withdrawals since the aggressions began.

Private real estate’s part in the great disentanglement with Russia is expected to be minimal. The country represents a blip in the global commercial real estate market, with inbound capital flows averaging just $960 million per year in the last five years, per data from research firm Real Capital Analytics. They accounted for just 2.2 percent in the first three quarters of 2021, according to Knight Frank research.

The fate of the global institutional firms that are currently exposed to this toxic market, however, depends on the business plans behind the assets they control. The two highest profile examples of institutional level private real estate owners in Russia are New York investment bank unit Morgan Stanley Real Estate Investing and Houston-based developer and manager Hines. While both made multi-billion-dollar bets in Russia in the last decade, their outcomes look quite different today.

Of the two, MSREI will have fewer concerns about the financial implications of its exposures to Russia. As PERE analyzed this week, the unit is expecting to emerge from ownerships of two large malls in Russia relatively unscathed. On behalf of its Morgan Stanley Real Estate Fund VII, or G7, the unit purchased the Galeria in St Petersburg for approximately $1.1 billion in 2012 and the Metropolis Shopping and Entertainment Mall in Moscow a year later for $1.2 billion in what it called the “largest ever transaction in the Russian commercial real estate market.”

The firm subsequently sold half-stakes in the Galeria to United Arab Emirates-based state investor Mubadala in 2019 and in the Metropolis to a joint venture between Hines and the California Public Employees’ Retirement System in 2013. MSREI, therefore, significantly de-risked before Russia’s attack on Ukraine. A going-in yield of 9 percent and steady rent collections during MSREI’s ownership meant G7 is looking at a performance reduction of just about 1 percent to a projected 16 percent gross return.

Hines, on the other hand, has more reasons to worry. Beyond its half-share in Metropolis, the firm has another 11 retail and office assets in the country to figure out. A source familiar with the mall deals expects keys to be handed back to Sberbank, the Russian lender on both, given any expatriation of sale proceeds would likely be prevented. For Hines, which purchased assets in the country as recently as 2018, it would be hard to see another fate for its other assets.

Also, as an operator, the firm has operated in Russia since the end of the Soviet Union in 1991 and has a sizable head count in the country to consider too. According to a report on Hines’ Russia challenges this week by the Wall Street Journal, the firm has 250 staff in the country managing these assets. After stating it would cease investments following Russia’s invasion, the implications of winding down this operation will be significant too.

A source familiar with Morgan Stanley told PERE the firm has no other assets in the country and predicts it will likely be handing over keys to the malls’ Russian lenders before too long. Hines has publicly stated an intention to re-evaluate its presence in the country. But beyond an orderly and safe wind-down of its three-decade country operation, the fate of its asset base looks similarly beyond its control.