Credit facilities are used by general partners almost as a matter of course. Limited partners have come to accept – and even appreciate – the practice, although they want to make sure GPs communicate their intent clearly when borrowing capital at the fund level.

The most commonly used product is the subscription line of credit, typically secured against commitments from LPs and their creditworthiness. These facilities afford flexibility to GPs with some keeping them as a source of rarely-accessed emergency capital and others using the lines of credit as bridge financing akin to a cash account.

“A GP can draw down on the facility to get money overnight or on the same day, make their investment or pay their bill. Meanwhile, they’ll call capital 10 or 20 days later, the money will come and they’ll repay the facility back, hence the revolving aspect of it,” says one New York-based lender who declined to speak on the record. A subscription facility can cost 160 to 250 basis points over LIBOR depending on the quality and creditworthiness of LPs backing a GP, the lender notes.

GPs use subscription facilities to boost their funds’ internal rate of return. By relying on bank finance instead of immediately calling capital from LPs, a GP can boost its IRR and hit its preferred return target – and be in the carry – sooner.

A hypothetical scenario outlined by investment consultant TorreyCove imagines a $100 million fund charging a 2 percent management fee that, at the end of year six, is generating a net IRR of 10.56 percent. By delaying its capital calls to LPs by two years, it can boost its net IRR to 13.93 percent in the same timeframe.

There are some risks when firms use credit lines. LPs have less visibility into the actual performance of a fund, which is alarming when some investors rely on headline IRRs to make decisions. LPs also end up having to distribute carry earlier than with an unlevered vehicle. And just as borrowing can boost positive performance early in the life of a fund, an investment gone sour can quickly turn into a magnified loss, both in terms of IRR and money on invested capital.

“They don’t mind if firms use it as a bridge, but they don’t want to use it as permanent leverage,” says the lender, adding that GPs are making sure there are no gaps in communication. “No surprises.”

At the end of the day, the use of a credit line isn’t going to make or break a fund, as TorreyCove notes in its report. And in some cases LPs – particularly those who measure their own performance in terms of IRR – appreciate them. 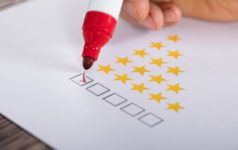 If GPs syndicate their co-invest portions, how do you guarantee alignment?