Colony Capital’s $2.8 billion deal to sell nearly all its hospitality holdings to Highgate Hotels is a touchstone moment. Not only is it a big step in the Los Angeles-based firm’s mission to exit traditional real estate, but it is also seismic for hotel capital markets at large, which have been badly impacted by the coronavirus pandemic.

The transaction sees the transfer of 22,676 rooms spread across six portfolios. But it stands out for more than just size. It is also a uniquely structured transaction, with $2.7 billion of Highgate’s purchase coming in the form of a debt assumption, making it effectively a highly leveraged equity acquisition. Colony, for its part, will walk away with $67.5 million of gross proceeds when the deal closes early next year.

Hotels have been the property type most impaired by covid-19, with a monthly delinquency rate of 22 percent or more since June for loans financed with commercial mortgage-backed securities, according to the research firm Trepp. Travel restrictions have gutted revenues, particularly for gateway markets. In just five metropolitan areas – New York, Chicago, Los Angeles, Houston and Miami – delinquent CMBS payments totaled more than $4.2 billion as of the end of September.

Revenue per available room was down 75 percent nationally in the second quarter, brokerage CBRE reports, and 90 percent in five key travel destinations: the gateway markets of Hawaii, Washington DC, Boston and San Francisco, as well as theme park-heavy Orlando. As a result, hotels accounted for 50 percent of the nearly $40 billion of newly distressed assets during that quarter, Real Capital Analytics found.

Yet distressed deals remain few and far between. At $1.9 billion, RCA-tracked hospitality transactions in the third quarter were down 82 percent year-on-year, against a broader real estate market at 57 percent off its 2019 mark. Colony’s sale is larger than the last two quarters of transactions for the sector combined, which totaled just $2.6 billion. Set against the broader statistics for the sector, this raises the question of what the sale means for the sector at large.

Christopher Diffley, managing director of RockBridge Capital, an Ohio-based hospitality lending specialist, said the Colony-Highgate transaction is indicative of the market’s broader opportunity set, one driven by borrowers nearing maturity dates on their debt and in need of solutions. For the most part, debt funds have provided this relief, with banks and insurance companies largely in retreat, he told PERE.

“There’s a scarcity of capital, so the folks who are providing debt to the market have been able to get relatively decent terms and that’s where you’re seeing capital move in the hotel space,” Diffley said. “Frankly, it’s a space that lost 85 percent of its revenues over a 45-day period and a downturn that’s three times the size of the global financial crisis with occupancy levels that really haven’t been seen before. So, owners and assets that don’t have access to liquidity, or weren’t able to flex their cost structures down are at risk of running out of cash.”

Colony appeared to be in danger of that this summer, when court filings and servicer disclosures revealed it had fallen behind on payments for two of its larger CMBS-backed asset pools: the 89-property Tharaldson portfolio and the 48-property Inland portfolio. Both pools were collateralized solely by the hotel portfolios. Colony owns a 55 percent stake of Tharaldson and a 90 percent stake in Inland. In announcing the sale to Highgate, Colony acknowledged that Inland portfolio was excluded from the deal because it is in special servicing, meaning it is in default. Colony declined to comment for this article.

A New York-based transactions attorney familiar with the sale told PERE that large portfolios with a variety of debt sources – those held by individual lenders and securitized conduits – can be tricky to sell because of varying stipulations in financing documents. Debt is typically not freely transferable, so Colony likely would have to ensure Highgate meets any criteria outlined by the lenders on each of the 197 properties it plans to sell, and potentially pay a hefty fee.

Also, beyond the mortgage payments, Highgate will take on other liabilities associated with the portfolios, the lawyer added, including terms of the franchise licensing agreements Colony has with the hotel brands associated with its properties. On top of annual fees, these can include property improvement plans that require buildings be kept up to certain standards as well as obligations to employee unions.

“Hotels are undergoing a lot of distress and owners of existing hotel portfolios have significant debt obligations backing them,” the lawyer said. “So, there are a lot deals to be had like this where, effectively, the buyer is assuming the obligations under the hotels as really the principle value that their paying for the assets.”

Many hotel owners have been reluctant to sell thus far, with those positioned to do so opting to instead try to ride out the crisis, PERE understands. Lenders, by and large, have allowed this by offering forbearance on loans or allowing borrowers to divert debt payments to cover operations. More than half a year into the pandemic, these practices are beginning to end. But a wave of forced sales is not expected to hit until early next year.

Colony is not the average borrower, though. The firm has been vocal about the wind down of its legacy investing programs and its transition toward a fully digital platform. During its second quarter earnings call, the firm reported adding $21 billion of digital assets – such as data centers, cell towers and other telecommunications infrastructure – since the second quarter of 2019. During that same time, it also sold $8 billion of traditional real estate assets and wrote down an additional $2 billion of value. The net result was its digital holdings going from 5 percent of $35 billion portfolio to 48 percent of a $47 billion portfolio.

In a release about the hospitality portfolio sale, Colony’s newly-appointed chief executive Marc Ganzi said the transaction was a continuation of that exit strategy: “The sale of our legacy hospitality assets is a significant milestone in Colony’s digital transformation as we pivot to focus exclusively on our fast-growing digital businesses that generate superior returns for Colony shareholders.”

Highbridge did not respond to a request for comment. In a statement, Mahmood Khimji, co-founder and managing principle of the New York-based manager said the firm remains “bullish on the long-term secular trends” of the industry and is ready to work with lenders, franchisors and other stakeholders until the sector recovers.

Most real estate buying opportunities that have arisen during the pandemic have been the result of financial disruption at the entity level rather than the property level, but Lauren Hochfelder, deputy chief investment officer at Morgan Stanley Investment Management’s real estate platform, said hospitality has been the notable exception. “There’s no question that many, if not most, hotel assets need capital at the asset level as debt or equity infusions to handle simple cashflow deficits,” she said during a webinar in late October. “That will give way to meaningful opportunities.”

While Colony-Highgate transaction might be the first of many noteworthy deals in this space, few will look quite like it, with a loan to value ratio of more than 90 percent. As Diffey told PERE: “Transactions will happen with the assumption of debt. But that’s a deal with a significant leverage level that I wouldn’t expect to see a ton of.” 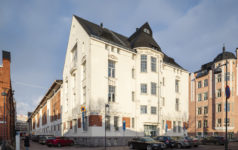 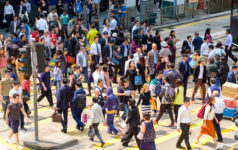