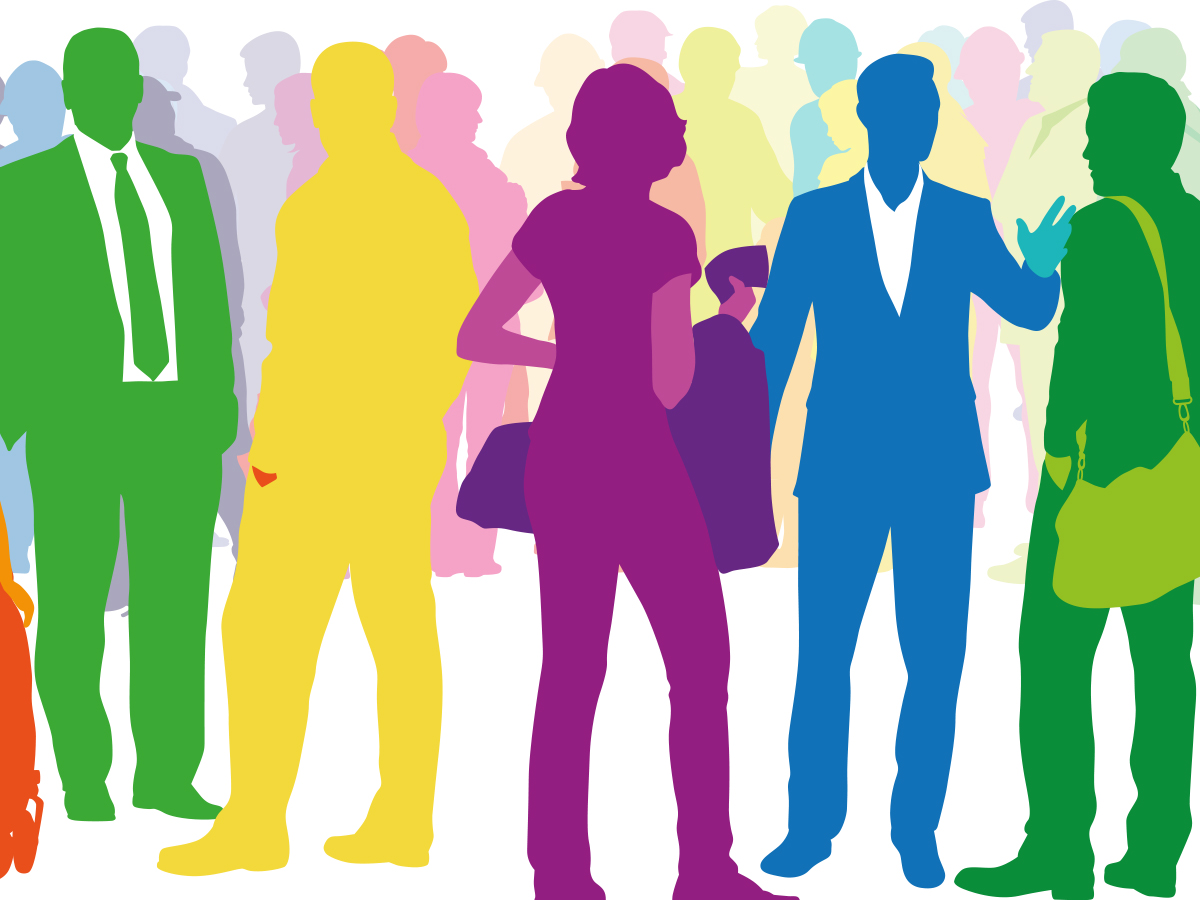 Home News & Analysis Managers How co-living will perform after covid

Co-living operators and investors believe the sector is emerging stronger from the covid-19 pandemic and that its performance during the past 12 months is providing proof of concept for a new way of living.

The sector is part of the spectrum of “living sector” property types, combining elements of serviced apartments, multifamily residential and student accommodation. There is a wide range of co-living iterations, from professionally-managed house shares through to facilities with hundreds of apartments.

The level of service and luxury also ranges from student dormitories to apartments with multiple bedrooms and outside space. Tenants might take a room for a month or a year, but with flexibility as a core offering.

What all co-living offers tend to have in common is a certain amount of shared space, ranging from kitchens and dining rooms to cinemas and large entertaining areas. Larger facilities may also offer workspace.

The second defining factor is a community within a building or across a number of properties in a city, with organized events and interactions between tenants.

The early stages of the pandemic were difficult for operators all over the world. Data is hard to come by for a nascent sector, but many operators reported a sharp downturn in occupation in the first half of 2020.

Tom Colthorpe, senior analyst at JLL, says: “The sector’s flexibility has been a double-edged sword; in the early stages of the pandemic, occupancy suffered as tenants moved out or opted for shorter terms. However, that flexibility seems to serve operators well as normality returns.

“There is a lack of data in the sector but anecdotally it seems that good operators might have taken a hit, but they are bouncing back. It helps that co-living targets a younger demographic, which is less vulnerable to covid-19.”

Anecdotal evidence suggests larger operators with the capacity to take a systematic approach to cleaning and distancing measures benefitted from the increased security these measures offered to tenants. Colthorpe says: “Co-living covers a wide range of assets from glorified shared houses to large facilities with professional management.

“Operators with larger assets have been able to put systems in place to protect and reassure tenants. So, a larger co-living block is likely to have a booking system in place for shared facilities, and that can be adapted to take account of social distancing rules.”

Jon Dishotsky, co-founder and chief executive of Starcity, a San Francisco-based co-living operator, with facilities in the US and Europe, says: “There was a pretty immediate shock to occupancy, which fell from mid-nineties down to the eighties. However, from the third quarter onwards, occupancy started to recover and we are now at full occupancy.

“Rents are down slightly across the portfolio still, but we expect they will recover over the next 12-24 months. Across every major metric, such as occupancy, default rates, retention rates, we outperformed Class A multifamily in core markets and that is considered the darling of real estate capital markets.”

One of the advantages of co-living only became clear as more and more cities around the world introduced restrictions on movement and lockdowns. The community aspect of co-living became a key selling point, compared with the isolation of living alone in a small apartment. This is especially true for the millennial generation, which makes up a large slice of the co-living customer base.

“The community aspect is even more important than we first realized,” says Dishotsky. “Our original focus was on providing places where middle income Americans could live affordably close to where they work. But the pandemic really brought home how much people value community.

“There’s a whole generation which grew up staring at their phones and are dying for a human connection, but they don’t know how to do it. This gives them an easy button for meeting people and making friends.”

Christian Birrell, director at DTZ Investors and investment manager for its UK-focused COLIV Fund, the first private equity real estate fund dedicated to the sector, agrees that the demand for community has been greater than expected. The fund’s assets are currently under development. However it has been learning from the experience of its operating partner, The Collective.

“The social and community aspect of co-living has been really important for members, as have the support networks set up by The Collective and there has been very positive feedback about that. The constant feedback from members is something very positive, which allows us to tweak the offer as we go along,” says Birrell.

“Across every major metric, such as occupancy, default rates, retention rates, we outperformed Class A multifamily in core markets”

The pandemic experience has shown operators where they need to adapt to the changing needs of consumers, for example with regard to accommodating home working, he adds.

“People are going to be spending more time working from home and so want accommodation which allows them to do that. As a consequence, our schemes under development will now provide more co-working space, with meeting rooms and phone booths for a seamless experience.”

Dishotsky adds: “We are installing office-grade internet infrastructure in our buildings, because standard residential networks can’t cope with everyone on Zoom, Fortnite and Netflix. We are also building flexible plugin workspace into our communal space. And I think a lot of our approaches around disinfecting and cleaning are going to stay in place because our residents really appreciate that.”

Not all co-living operators have survived the covid upheaval. Quarters, which described itself as “the WeWork of co-living” filed for bankruptcy in January and industry observers note that operators which develop and own their own space have tended to be more stable than those that took master leases, something which left them exposed when occupancy suffered.

Nonetheless, the co-living sector’s ability to ride out the pandemic is increasing investor interest. JLL’s Colthorpe says: “We have seen growing institutional interest in the sector over the past 12 months and more acceptance from both investors and lenders.

“However, this is very much biased towards larger, core markets such as London, Paris or Berlin. Much of the investor interest has come from venture capital, but we are seeing more interest from real estate investors, especially those who are already invested in multifamily or student accommodation.

“Larger co-living assets often include co-working space, event space, F&B and retail, which makes them inherently mixed-use. That means they are likely to be more resilient and attractive to investors.”

Longer-established operators now have the sort of track record which attracts investors. Starcity was able to raise $30 million of capital in 2020, for example, while Common Living, another US operator, raised $50 million in December 2020. Dishotsky says: “When I was trying to raise capital in 2016, it was such as struggle that it was a surprise to actually get a meeting.

“Now that we’ve performed through a recession, institutional capital is warming up to this sector. We also were able to complete a first cash-out refinance through Fannie Mae, which was another sign to investors that the sector has matured.”

Operators and investors in the sector tend naturally to be skeptical of the more apocalyptic predictions about the future of cities, noting that the world’s major cities have endured war, fire, famine and pestilence over the past few hundred years, during which urbanization has continued.

Dishotsky says: “If you fly over Manhattan, you see an incredible concentration of people, but with grass and greenery all around. People have chosen to live in this way through social and technological change and I don’t see that changing now.”

So far, much of the investment into the co-working sector has come from venture capital, but real estate investors are taking more notice of the emerging sector.

Head of Asia-Pacific Benjamin Cha says: “Our conclusion was that, while every business is affected by covid – multifamily apartments no less than co-living, for example – the co-living space has legs. Also, because of our track record in residential in Asia, there are synergies between Grosvenor and Dash.

“Real estate is increasingly about providing a range of services and amenities for users and that is what Dash does. Not only has Dash continued to grow, but our research suggests that co-living as a sector actually expanded during the pandemic. Wherever there are dense city environments, with knowledge workers, there is a place for co-living.”

DTZ Investors’ COLIV Fund was the first to be established for the sector and secured £70 million ($99 million; €81 million) of seed capital prior to the pandemic. However, the fund’s investment manager Christian Birrell says capital-raising has been tough over the past year.

“The initial fund investors continue to be very supportive but for new investors, we have found them taking a ‘wait and see’ approach, which applies to anything new or niche. We continue to have active discussions but until the pandemic is over many investors want to see more evidence of how the sector has fared in terms of occupancy and rents. As soon as people start traveling again, then I think we will see more decision-making.

“One thing that remains unchanged is that people appreciate the concept and always say, ‘That would have been ideal for my children when they moved to London.’”