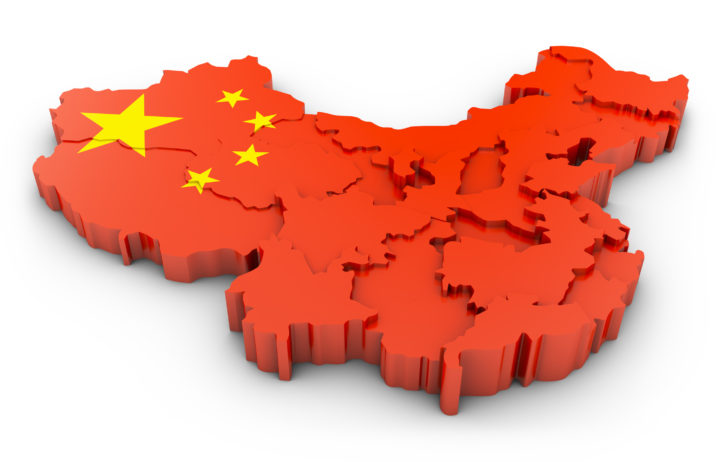 China’s housing market conjures up images of brand-new apartment blocks on the fringes of cities, but some investors are finding value in converting older commercial premises to residential uses.

Several factors are driving this. The government is keen to build more rental housing to provide better quality homes for young professionals who cannot afford to buy. Those young professionals – China has 400 million millennials – want to live closer to work and enjoy the dynamism of city living. China’s maturing property market means there is a growing stock of older buildings which can be converted to new uses.

Yvonne Siew, executive director, global capital markets, APAC, at CBRE says: “China’s rental sector is known to be underdeveloped. Only one-fifth of the housing stock in Beijing, Shanghai and Shenzhen is used for leasing, compared with 50 percent in Tokyo and more than 60 percent in San Francisco and New York. At the same time, urbanization continues to drive residential demand in China’s first-tier and larger second tier cities, as more people move to find work.”

China’s millennials are more mobile than the average citizen and are flocking to first tier cities like Beijing. While they are keen to buy in the longer term, most will need to rent first. The co-living concept – smaller apartments with shared space – seems attractive to them and this type of rental offer suits former commercial buildings.

While much of the for-rental residential stock under development is new-build, carried out by state-owned enterprises, which can obtain land more cheaply, a few companies specialize in conversions. Nova, launched in 2015 by Qian Wang and Warburg Pincus is one of them. The company acquires buildings in first-tier cities for refurbishment or conversion to residential. It has more than 40 projects operating or under construction, with a total investment value of nearly 12 billion yuan ($1.8 billion; €1.6 billion) and a total project area of nearly 400,000 square meters.

Wang says: “We look for underperforming assets, older or undermanaged buildings where we can add value through conversion to residential. Typically, we are pretty open about what type of buildings we convert, because we have a strong renovation capability, however we prefer to convert hotel and office buildings because the floorplates are easier to convert to residential.”

“We also convert shopping malls, but this is more challenging, as you often need to bring in more daylight, for example. We also tend to stay away from converting industrial buildings because of the potential environmental liability.”

Last year, Nova teamed up with Infrared Capital Partners to buy the Hongkou Bailian shopping mall in Shanghai, which will be refurbished to provide 400 rental apartments and retail space.

Most of Nova’s projects have a mixed-use element, says Wang. “We need to be creative in working with the existing structure in order to maximize value; key to this is a mix of uses. Each of our buildings is like a vertical mixed-use development. We might put retail on the ground floor, to serve both our residents and the local community.”

Including retail space is not just a matter of using the building’s ground floor, as often the areas Nova purchases in lack neighborhood retail. Office space is also in the mix, says Wang. “A podium floor might be too large to convert to residential so we might convert to office space. For example, we recently leased the podium floor in a Shanghai building to WeWork.”

In 2017, Nova joined forces with car manufacturer BMW’s Mini brand to launch a co-living project in Shanghai’s Jing’An district, where it converted a former paint factory to a co-living facility.

Investors looking to convert commercial to residential also need to consider title and zoning, the number of years left to run on a building’s lease and the configuration of the building.

So far Nova has mainly focused on Shanghai and Beijing; “firstly because we need depth of rental demand and both cities are growing as people move there to find work,” says Wang. “There is also a lot of building stock of varying ages and replacement costs are very high.”

Key to residential conversion is to buy at below replacement cost, but sellers have become increasingly demanding.

James Macdonald, head of China research at Savills, says: “One of the biggest challenges is getting the current owner to sell to you at a reasonable price. Anecdotal evidence suggests many are not willing to sell at the current usage value but on the upgraded value of the asset – they do not want to leave the buyer with much upside.”

Wang adds: “It is becoming more competitive to find suitable buildings, which is why we need to be able to maximize value each time.” It is also important for buyers to establish credibility as a company that can execute deals, which reassures sellers.

Some rental residential companies are, therefore, trying to be asset light. “They take relatively inexpensive long-term leases, convert the asset and hope the returns over the lease duration cover the costs of the refit,” says Macdonald.

For example, rental housing firm Ziroom works directly with developers to secure buildings for its its co-living project and requires a 10-year lease to justify the fit out.

As is often the case, a potentially difficult part of the process is dealing with local government. China’s government is promoting rental residential, which means city authorities are more likely to support conversions, but attitudes can vary. Macdonald says: “Some city governments are less accommodating when it comes to change of use or redevelopment in certain districts. The opportunity also depends on how many greenfield development opportunities exist in a particular city.”

Another complication, Wang says, is that China lacks an established planning regime for conversions, “so there is a requirement for lots of discussion with the local authorities to prove the value of converting, and dialogue is also needed to develop regulations and permits for converted buildings.”

CBRE’s Siew adds: “We always advise early engagement with the authorities on the intended change of use in order to gain a smoother process on the conversion, which is essential to make the renovation works cost-effective.”

Warburg Pincus is not the only investor taking an interest in China residential conversions. GIC has invested in Nova and in a new fund which will acquire and renovate residential projects in first tier cities. Meanwhile, Chinese insurer Ping An has invested alongside developer Landsea Group in a $1.5 billion rental residential fund, which will convert a Shanghai apart-hotel into rental apartments.

A key part of the strategy for Ping An and Landsea is their intent to exit mature properties via a real estate investment trust. China still does not have formal REIT legislation, but has trialed a number of REIT-style structures. Some China observers believe multifamily housing could be the sector that enables a true China REIT to get off the ground.

It would be a little ironic if such a significant development in China’s capital markets had converted hotels and office buildings as its catalyst, rather than the soaring apartment blocks usually associated with China’s cities.