Brookfield Property Partners (BPY) is not giving up on its bid for mall real estate investment trust GGP after its initial proposal was reportedly rejected.

BPY, Toronto-based Brookfield Asset Management’s publicly-listed real estate vehicle, owns about 34 percent of Chicago-based GGP’s stock from a 2013 investment. In an unsolicited proposal GGP received last month, BPY said it would buy the remaining portion of the REIT in a half-cash, half-equity deal. GGP owns 126 retail properties in 40 states, according to its website.

GGP rejected the initial offer, Reuters reported on Sunday, adding that BPY is considering a new offer and negotiations are expected to continue. Neither party could be reached for comment.

If a BPY bid is accepted, capital would likely first come from BPY’s balance sheet and then be syndicated to institutional investors, PERE understands. In the original 2013 deal, for example, Brookfield invested $2.5 billion for a 30 percent stake in GGP with the right to buy more stock in the years to come. The equity infusion was made through its Real Estate Turnaround Consortium, with investors including China’s sovereign wealth fund, the China Investment Corporation, and Australia’s Future Fund, PERE previously reported.

BAM oversees $269 billion in assets, including $152 billion in real estate, according to its website.

GGP joins a list of REITs rejecting private equity real estate takeovers this year. In June, Starwood Capital Group lost a bidding war against another REIT for a residential REIT – but walked away with a $20 million breakup fee, PERE previously reported.

In July, PERE reported that Blackstone made multiple offers, the last at $3 billion, for RLJ Lodging Trust. The REIT had earlier planned to merge with another REIT before RLJ decided that Blackstone’s bid might constitute a superior proposal. However, RLJ ultimately decided to proceed with the merger instead of a Blackstone acquisition. 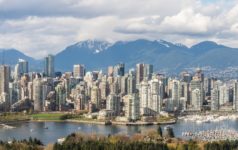 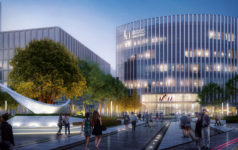