“It took a long time to get the right answer, but that’s the way litigation is sometimes.” 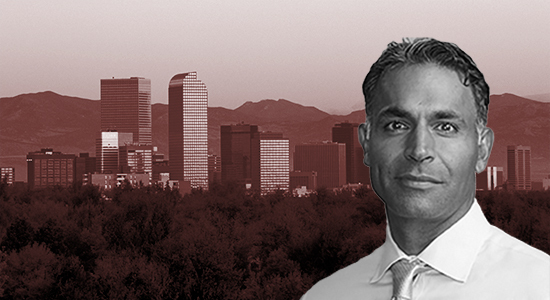 Sweat equity
Black Creek Group was only looking for a minority investor when it sought an equity infusion last year. Ares Management had other plans; it bought the firm whole [see our coverage here]. In hindsight, Raj Dhanda, chief executive of the Denver industrial specialist, says the acquisition was just what his firm needed. “To continue to grow we need a partner like Ares with institutional relationships and a global brand around the world,” he told PERE. Yet, for all the pension and sovereign wealth funds Ares has access to, Black Creek has something that could prove just as valuable: an established retail capital platform.

Many firms are now looking to tap into the high-net-worth market [see below], but Black Creek was ahead of the curve. It launched a non-traded REIT in 2017, trailing only Blackstone to the space. And, as we reported at the time, doing so was no easy task. It entailed thousands of meetings and conversations with hundreds of wealth managers across the country – a task rendered virtually impossible this past year. So, for all that Black Creek brought to the table, including a large industrial portfolio and core complements to Ares’ higher-risk funds, its most valuable contribution might be its sweat equity.

KKR’s retail risk
KKR is taking a run of its own at the retail investor market. One person involved in the fundraising process for KKR Real Estate Select Trust put it more boldly, telling PERE the firm has taken the “next step in democratizing access to institutional private real estate.” Last week, KKR launched KREST, a continuously offered, registered closed-end fund. The do-it-all vehicle will be invested in a swath of property types in the US and abroad, with the option to deploy into various parts of the capital stack.

Separating the vehicle from its peers is how it has been registered with the Securities and Exchange Commission. Rather than claiming an exemption as most non-traded REITs do, KKR chose to register KREST under the Investment Company Act of 1940. Effectively, KKR is opening itself up to more regulatory scrutiny in exchange for easier access to individual investors. Be sure to check out PERE’s detailed analyses on the fund this week.

A pan-Asian debut
It has been a long time coming, but Savills Investment Management has introduced its first pan-Asian fund with an ambitious goal. The London-based firm is targeting $1.2 billion for its Asia Pacific Income and Growth Fund, which focuses on core-plus investments in gateway cities. Savills has been in Asia-Pacific since 2012 and the region has taken on more significance for the firm in recent years. In 2019, it brought on M&G Investments’ former head of Asia Alex Jeffrey to become its global CEO sitting in Singapore. It followed that hire up last year with the addition of Greg Lapham, BlackRock’s former head of Asia real estate, to lead its Australia team. Launched in December 2020, APACIG secured commitments of $117 million for its first close and has made two acquisitions. Before launching the fund, Savills focused its efforts in the region on investing in Japanese real estate and divesting the €2 billion of assets inherited from SEB Asset Management.

Covid slump
The question was never if fundraising volumes slid during the pandemic, but rather by how much. A recent report from ANREV, INREV and NCREIF shows a one-third decline year over year. PERE tracked a similar reduction but with different figures, falling from $163 billion in 2019 to $111 billion in 2020.

Living on the edge
In Europe, data storage is a highly concentrated affair. Four cities (London, Dublin, Frankfurt and Amsterdam) account for 56 percent of the live data center capacity in the region, according to the brokerage Newmark Knight Frank [read more here]. But usage is on the rise throughout the continent and well-capitalized specialists in the space are acting accordingly. Last week, Digital Colony formed a joint venture with Liberty Global – the parent company of Virgin Media and other video/broadcast brands – to develop data centers across Europe. Focusing on edge data centers, small facilities that support localized cloud computing in densely populated areas, the JV has identified Switzerland and Poland as key target markets alongside the likes of the UK and Ireland.

Transatlantic move
Christoph Schumacher [his LinkedIn profile here], formerly the global head of real estate at Credit Suisse Asset Management, is moving across the Atlantic for his latest job. The executive, who served in the top real estate post at the Swiss investment bank for nearly four years, has now assumed the newly created role of global head of real assets at Manulife Investment Management, the global wealth and asset management arm of Canadian insurer Manulife Financial Corporation. Schumacher, who was based in Zurich while working at Credit Suisse, is planning to relocate to Boston for his new position, for which he will oversee Manulife’s $42.9 billion real assets business, which includes real estate, infrastructure, timber and agriculture.

Norway says ‘no way’ to Israel investment
Norway’s Government Pension Fund Global is cutting ties with Israeli real estate company Mivne Real Estate. In an announcement last week, Norges Bank Investment Management, which manages the world’s largest sovereign wealth fund, said its executive board has decided to exclude Mivne from investment by the GPFG because of “an unacceptable risk that the company is contributing to serious violations of the rights of individuals in situations of war or conflict.” The decision follows a recommendation by the fund’s Council on Ethics to exclude the company on the grounds that Mivne – in which GPFG had a 0.53 percent ownership stake as of year-end 2019 – leases industrial real estate to Israeli settlements on the West Bank.

This week’s investor meetings
Tuesday, May 25