“Withholding resources and vital information from an incoming administration puts the public and economic health and security of America at risk.” 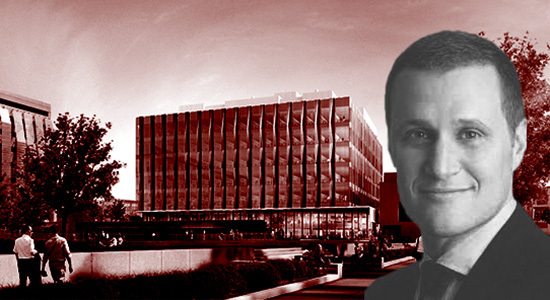 Going global
The life science sector has been one of the darlings of alternative real estate, capitalizing on an investment boom in biomedical research and innovation. But, thus far, it has been a US-centric phenomenon. Tishman Speyer and Bellco Capital are looking to change that. Breakthrough Properties, a joint venture launched by the two firms last year, has raised $500 million for its debut fund plus another $500 million in co-invest capital, and is already hunting for properties in Europe and Asia [see our full coverage here]. With a heightened awareness of public health likely to follow the current pandemic, global demand for properties to combat illness should only go up.

Back to the US
The Federal Reserve’s most recent benchmark interest rate cut has caused Korean investors to flock back to the US commercial real estate market. The hedging cost between the Korean Won and the dollar has come down to 0.1 percent from around 2 percent two years ago. Korean institutions have been actively investing overseas, with Europe being the main recipient. To capture this favorable window, some securities firms sent teams to the US amid the pandemic, PERE understands. Indeed, Real Capital Analytics pointed out that Korean investors took up 8.6 percent of all overseas investment in US commercial real estate in the first nine month of 2020, a huge jump from 3.7 percent last year. While investment activity in the US has been slowed by the pandemic and geopolitical issues, this is at least one group of investors willing to fill the void.

Extra credit
Banks are ready to underwrite student housing again, at least for experienced operators. After initial uncertainty, the sector has proved resilient in the face of covid-19, with high occupancy rates even near universities that have shifted fully online. Chicago-based Harrison Street used this opportunity to extend a credit facility for one of its student housing portfolios from $639 million to $690 million, PERE learned, with Bank of America, PNC Bank and BMO Harris joining Wells Fargo, Capital One and JPMorgan. With the extension, the firm and its partners were able to satisfy underlying mortgages nearing maturity without having to sell.

Short supply
AEW expects European office development to pick up, but not that much.

Heads you winds, tails I winds
Covid-related remote working trends could create short-term demand headwinds, but long-term tailwinds for certain US office real estate markets, and the opposite scenario for others, according to The Pandemic Pitfall report from MetLife Investment Management. In the report, the firm predicts office properties in San Francisco, Washington DC, Seattle, Denver and San Jose may suffer the most significant headwinds in the next 12-18 months, and therefore, potentially, the steepest price declines. These markets are expected to be more negatively impacted by remote working for reasons that include a greater reliance by office workers on public transit and a higher percentage of middle-management workers. However, MetLife believes these same markets will have strong long-term demand tailwinds. Meanwhile, the opposite phenomenon is anticipated for the office markets in Tampa, the California Inland Empire area, Miami, Phoenix and Orlando.

Closing the gap
More women in real estate are accepting that companies in the sector have implemented organizational and policy changes, as well as other initiatives to ensure better representation in the workplace, delegates at networking association Women In Real Estate’s Senior Women Real Estate Panel, heard last Thursday. The after-work panel, attended by more than 140 people and moderated by Kennedy Wilson Europe’s head of fundraising Audrey Klein [her LinkedIn profile here], heard how significant progress has been made establishing a better playing field for women. But there remains a long road ahead, with many targets, hard set as they might be, yet to be achieved.

PSP OK with office
Canada’s PSP Investments is not shying away from offices. The pension has partnered with London-based Aviva Investors to develop a new 65,000 square foot office property in Cambridge, UK. And, as if the uncertainty around the physical work environment were not enough, the property has been entirely pre-leased to a flexible workspace provider. See the full release here.