“People don’t want to be micromanaged. These are really entrepreneurial types that want to run their businesses”

The 200 club
PERE’s inaugural list of the top 200 private real estate firms highlights just how far the industry has come since a handful of New York investment banks started institutionalizing the asset class in the 1990s. Capital raising in the asset class has become far broader and deeper in terms of sector, geography and strategy, and competition is fiercer than ever. In fact, 15 firms that were in PERE‘s top 100 list in 2021 have slipped into this new second tier, including a couple of managers that moved down the ranking despite raising more capital than they had the year before. Check out the full list here and take a deeper dive into what the more diverse group of managers tells us about the real estate industry here.

Student housing, a once niche property sector, is increasingly dominated by mega-deals and mega-managers, including Blackstone’s $12.8 billion acquisition of American Campus Communities, which will make it the largest US owner in the sector after the deal’s slated close this quarter. Large-scale transactions have been seen as a continued vote of confidence for the asset class, according to a PERE report. Harrison Street adds to the already high conviction. 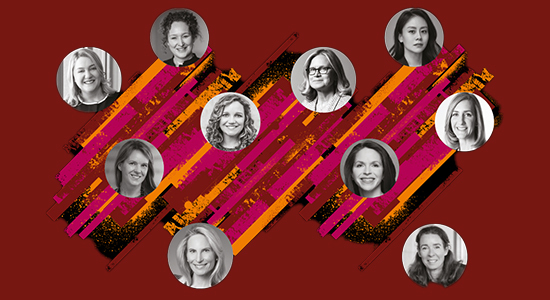 The changemakers
The Women of Influence list returns to celebrate real estate’s most dynamic female leaders. This year’s selection represents a series of firsts; the youngest CEO of a PERE 100 firm and eight of the 10 finalists being the first women to serve in their respective roles. These pioneering women have distinguished themselves for being at the top of their game in their fields, in a sector where there are still so few women holding the reins. They may stand out because of their gender, but the professional excellence of these female executives ensures their places among private real estate’s best and brightest. Find out who made this year’s list here.

A big Score for proptech
New York-headquartered WiredScore, a technology company focused on rating buildings for digital connectivity, has received $15 million in series B fundraising from some major real estate names. Crow Holdings and Cushman & Wakefield both contributed to the raise, per a release from the New York-based broker. Taronga Ventures and Fifth Wall, notable proptech backers, also committed capital. The new round of capital brings the total WiredScore has raised to date to $28 million. The firm will use the capital to expand its presence in North America and Asia-Pacific, having made its debut in the latter region with the opening of its Singapore office in March.

Room for improvement
Big four accountancy firm PwC and diversity and inclusion non-profit Real Estate Balance have found that there is still room for improvement in diversity tracking. A report advising managers on how to better collect DE&I data showed that many firms aren’t effectively measuring their performance in areas like social mobility and religious beliefs.

Gang of Four
Schroders Capital has poached a four-person team of credit specialists from Europa Capital to bolster its real estate debt business. The new recruits include lead investment manager Michael Birch [his LinkedIn profile here]; portfolio manager Robert Game; investment manager Louise Standring-Smith [her LinkedIn here]; and analyst Sunny Vaghela [his LinkedIn here]. All four came from Europa’s debt investment business, with Birch previously acting as partner and fund manager; Game as head of property; Standring-Smith as head of lending; and Vaghela as an associate in origination and acquisitions. The team lift out comes as Schroders’ real estate debt business, which was launched last year after the hiring of Natalie Howard as head of real estate debt, has set a target to raise £1 billion ($1.2 billion; €1.16 billion) in 2022.

Illinois Teachers’ re-ups
The Teachers’ Retirement System of the State of Illinois has opted to commit $400 million to two prominent managers it has existing relationships with. The Springfield, Illinois-based pension fund has committed $300 million to Blackstone‘s latest global opportunistic fund Real Estate Partners X and $100 million to Gaw Capital Partners’ Gateway Real Estate Fund VII. Although Illinois Teachers committed the same amount to Blackstone’s ninth fund in the series, the pension plan increased its check size to Gaw from the $50 million it invested in the firm’s fourth vehicle in the Gateway fund series, according to PERE data. Re-upping with existing manager relationships has become commonplace during the pandemic, both because of the challenges of conducting in-person due diligence as well as the perceived risks of investing with new managers during a period of volatility and uncertainty.