“There are owners… who see the potential increase in capital gains and have accelerated their decision-making. I don’t know where it ultimately lands. But I do think it’s been a factor in the uptick in deal activity.”

Blackstone chief operating officer Jonathan Gray on the impact of a potential increase in capital gains tax on the transaction market. 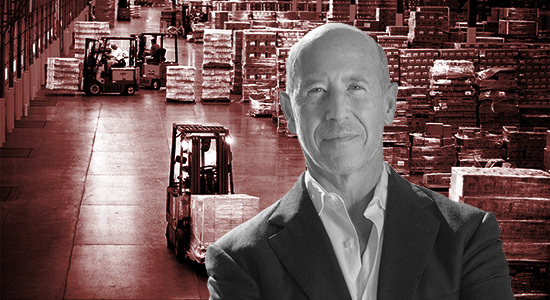 Down but not out
Starwood Capital is not taking no for an answer. At least not from Monmouth Real Estate Investment Corporation’s board of directors. Last week, the 13-member board rejected an offer from the Miami Beach-based manager to acquire their company for $1.9 billion (see Monmouth’s release here). The New Jersey logistics REIT will instead stick with an all-stock merger agreement with Chicago-based REIT Equity Commonwealth, which valued Monmouth at $3.4 billion. But the final say is with the shareholders and Barry Sternlicht’s firm is not giving up until the final vote is cast later this summer. Starwood called the decision “disappointing” and against the best interests of Monmouth’s investors (see its statement here).

Monmouth first rebuffed Starwood – along with 90 other potential counterparties – in May, after an extensive review process. Equity Commonwealth emerged from that process as the partner of choice. But Starwood was not deterred. Two months later it upped its offer with an unsolicited bid, arguing the all-cash offer would deliver an additional $100 million to shareholders (see the announcement here). Now, Starwood is betting that enough of those shareholders will agree to keep the Equity Commonwealth merger short of its requisite two-thirds approval.

Checking in Down Under
Partners Group is betting on Australia’s hospitality sector with the largest hotel portfolio transaction in the country’s history. The private equity firm partnered with Singapore’s GIC and Australian hospitality operator Salter Brothers to acquire a portfolio of 11 Travelodge hotels in Australia for A$620 million ($456 million; €387 million) from Mirvac and NRMA (see the release here). With a value-add strategy, the team will renovate, rebrand and widen the portfolio’s visibility through a range of initiatives. Rahul Ghai, the firm’s managing director, attributes the rising number of value-enhancing opportunities in Australia’s hospitality market to the pandemic. He said the portfolio allows the firm to “gain immediate scale in the sector at a discount to pre-pandemic prices.”

Bain gains in Poland
Bain Capital Credit has increased its exposure to the Polish logistics market through the formation of a new joint venture with White Star Real Estate, a real estate company focused on Central and Eastern Europe. Through the JV, the credit specialist business of Boston-based alternative investment firm Bain Capital will be developing two logistics centers totaling approximately 1.29 million square feet in the Warsaw suburbs of Nowy Konik and Raszyn. Industrial has dominated Poland’s real estate market during the covid-19 pandemic, accounting for 50 percent of the €5.27 billion of the country’s investment volume in 2020, according to CBRE’s Poland Real Estate Market Outlook 2021 report. The report noted Poland is particularly suitable for logistics facilities, given its location “on the crossroads of the CEE region” that allows it to serve as a transportation, restocking and fulfillment hub.

Delta delays
While pandemic protocols are being eased throughout the US and UK, office landlords are not out of the woods yet. Apple has driven that point home with its decision to postpone its return to office by at least a month (see Bloomberg’s coverage here). Citing concerns about the Delta variant of covid-19, the tech giant said it will bump its September return plan to October while it monitors the situation. Further delays are expected. It also plans to reinstate mask mandates in its retail locations. The setback on the office front does Apple no favors as it, like other companies, is already dealing with a sizeable contingent of employees who are ambivalent about returning to the workplace at all.

AXA’s aggressive expansion
Eight months after entering the European life sciences sector, AXA IM Alts has already completed its first real estate fundraise targeting the sector. The alternative investments platform of AXA Group has raised €1.9 billion of equity for the strategy, partly through an approximately €750 million closed-end vehicle, AXA European Life Science Strategy, that was raised from third-party clients in North America, Asia and Europe. The balance came from a range of capital sources including the French insurer, which sold a minority stake in Netherlands-based Kadans Science Partner in the process. The significantly oversubscribed fund will focus on the expansion of Kadans, which AXA IM Alts acquired in December and is a developer, owner and operator of life sciences parks and campuses in Europe. The vehicle’s capital will enable Kadans to acquire additional properties and build out its existing development pipeline, with the aim of consolidating its market position in Europe.

Allocations revisited
Investors are split about what to do with their real estate allocations moving forward, but a plurality told PERE they will look to decrease exposure in our H1 2021 Investor Report.

New man, new plan
Patrizia has named Katsumi Nakamoto as the new head of its Japan business. Nakamoto’s arrival in the top spot is accompanied by a new target for the German firm’s exposure to country. He is tasked with growing assets under management to ¥300 billion (€2.3 billion; $2.7 billion) in three to four years. Nakamoto joins Patrizia from Mitsubishi’s Diamond Realty Management where he served as president and chief executive.

The California State Teachers’ Retirement System reported on Monday a record-high 27.2 percent net return on investments for the 2020-21 fiscal year, far exceeding the assumption of 7.0 percent (see the results here). Real estate, which makes up 12.3 percent of the pension plan’s $308.6 billion total portfolio, generated a 7.4 net return for the fiscal year. While CalSTRS’ property portfolio did not produce an outsized performance during the 12-month period like that of public equity and private equity – which generated 41.8 and 51.9 percent returns, respectively – it still outperformed the pension plan’s custom benchmark for the asset class by 5.9 percent. 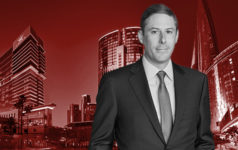