“We actually didn’t view Metropolitan as fundamentally different to the lending businesses we already manage…borrowers would not borrow from us if they were concerned that we would allow information to go across.”

BentallGreenOak chief executive officer Sonny Kalsi responds to PERE’s question on the potential for conflicts of interest when operating both direct and multi-manager platforms following his firm’s acquisition of Metropolitan Real Estate, which closed last week. 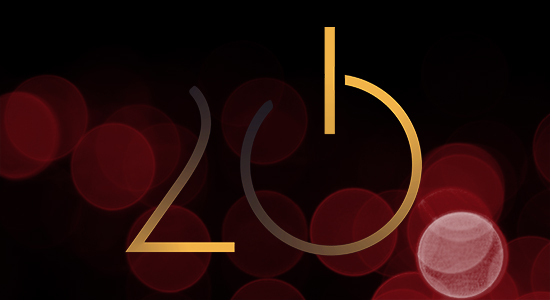 Proptech 20: The next frontier
Proptech investing started largely as a balance sheet cost for managers to drive efficiencies in their real estate portfolios. But as we reveal in our deep-dive cover story this month, it has become the focus of a whole new wave of capital raising. Click here to learn which managers are the biggest raisers of institutional and corporate equity for direct investment in the technologies that will make our buildings more efficiently used and managed in the future. There was almost $24 billion invested in proptech deals in 2020, according to research sourced for the report. A meaningful proportion of that was acquired by the constituents in PERE’s inaugural Proptech 20 ranking, which have raised a total of more than $5.5 billion in the last five years. In our report, we hear from the managers, their investors and the proptech businesses benefiting from their capital.

KKR’s plunges into life sciences
KKR has joined the ranks of major private equity managers making a push into the life sciences sector. The New York-based firm acquired a 750,000 square-foot office complex in San Francisco from Kilroy Realty Corporation for approximately $1 billion. The investment in The Exchange, which is fully leased to a publicly traded technology company, was made through the firm’s core-plus real estate strategy. Life sciences has become one of private real estate’s most appealing sectors since the pandemic, with institutional investors piling capital into the niche office sub-sector in key hubs throughout the US. Indeed, according to property services firm JLL’s 2020 Life Sciences Outlook report, life sciences companies comprised 12 percent of the office investment market in San Francisco, while it was as high as 25 percent in San Diego and 32 percent in Boston.

Ares’ purchase of Landmark through a real estate lens
Connecticut-based Landmark Partners stood out as the only private markets, pure-play secondaries specialist of scale before Ares Management came along and purchased the business in a deal valued at more than $1 billion, announced last week. Here are five takeaways from the deal as it relates to the real estate market, as per Ares’ presentation on the transaction:

Dominant dollars
Among foreign capital sources in UK logistics, the US’s percentage was nearly three times that of all other overseas buyers combined in the 12 months leading up to March 2021.

A reality check-in
Hotel distress is the investment opportunity that many private real estate players have been waiting for. The covid-era fundraising numbers for vehicles targeting the sector will attest to this: a total of 23 hotel funds seeking an aggregate $5.88 billion were in market as of March 12, according to PERE data. This was up 28 percent and 47 percent, respectively, from the 18 funds targeting $4 billion as of March 31, 2020. Yet the reality has fallen far short of expectations to date, as we report in an Insight piece from our April issue. Distressed hotel sales totaled $771 million globally in 2020, far lower than the $2.2 billion recorded in 2019 or the $8.8 billion of sales closed in 2010, the peak year for hotel distress during the prior cycle, according to New York-based data provider Real Capital Analytics. Proponents of hotel distress, however, maintain most opportunities are still to come.

BGO’s Metropolitan takeover beats diversity targets
When BentallGreenOak purchased the Metropolitan Real Estate multi-manager business from The Carlyle Group last month, bosses on both sides labeled the transaction a “strong strategic and cultural fit.” They referred primarily to the two firms’ business objectives. But a mention must be made too of how the acquisition of the $2.4 billion platform, announced last week, was also a strategic win for BGO’s diversification plans. President Sonny Kalsi (his LinkedIn bio here) told us in an exclusive interview last September how 67.5 percent of all future hires would be either women or minorities. According to the firm, 77 percent of the staff moving over are diverse or female professionals, 40 percent of whom sit on the platform’s investment committee.

High HOOPPS
Industry veteran Eric Plesman (his LinkedIn profile here) is trading one Canadian pension for another. Plesman, currently head of investments and development for North America at Oxford Properties, the real estate arm of Toronto-based OMERS, is reportedly joining the Healthcare of Ontario Pension Plan as head of real estate in May. At HOOPP, Plesman will succeed Stephen Taylor (his LinkedIn profile here), who joined the pension in 2014 and retired in December 2019. He will report to Jim Walker, HOOPP’s head of private markets. Prior to Oxford, where he has worked for more than a decade, Plesman spent nearly 11 years with Morgan Stanley.

Last week saw the launch of New Private Markets. If you have not seen it already, it covers the spectrum of sustainability in private markets, from sound management of ESG issues at one end to purpose-driven impact investing at the other. New Private Markets is not just for those with ESG or impact in their job titles; sustainability is an investment mega-trend gathering momentum and leaders in private markets should subscribe to better understand where their industry is heading.