“It isn’t necessarily about saying, because there’s a challenged area, we’re not going to go there. It really is about identifying a strategy to mitigate that challenge.” 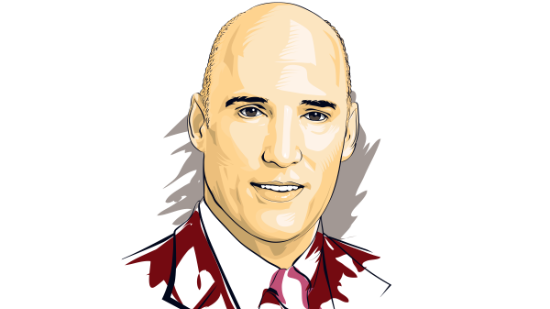 Alt rocker
Three years ago, Carlyle Group decided to stop investing in the office, retail and hotel sectors in the US. Today that strategy is proving to be prescient, considering how badly the pandemic has impacted these three mainstream property sectors. Robert Stuckey, managing director and head of Carlyle’s US real estate funds, discussed the firm’s contrarian market position in a rare media interview with PERE.

Over the years, Stuckey has pivoted Carlyle’s US portfolio towards what the industry considered alternative assets – student housing, active adult housing, self-storage and life sciences, among others. For Carlyle, however, these have become mainstream sectors across its opportunistic and core-plus vehicles. Read how the strategy has impacted Carlyle’s US real estate funds’ performance in our December/January issue.

Failure to launch
Will the International Property Securities Exchange ever get a launch away? Almost four years after the property-only exchange’s debut, its first offering, the single-property Mailbox REIT, is on hold again. The initial launch, scheduled for October 21, was delayed because serviced office provider IWG took a large lease and committed to an investment following the IPO’s initial announcement. Then on Friday, the manager behind the listing, M7 Real Estate, paused the deal indefinitely after entering talks to be purchased. Media reports (coverage here) say the buyer is Canadian investor Oxford Properties. And so, a successful deal could see the 750,000 square foot mixed-use building in Birmingham, UK end up in private hands after all, leaving the IPSX still awaiting a first floatation.

Making a splash
In July, reports surfaced that Korean institutions were among the first investors to return to the market for deals during the pandemic. The National Pension System of Korea seems to be one of them. The group closed one of the biggest transactions of the year, partnering with San Francisco-based Stockbridge to buy $2 billion portfolio of US logistics space. Warehouses have remained a hot commodity this year as one of the few property types positively impacted by covid-19. For other prospective buyers looking for price discovery, the 14.3 million square foot acquisition should shed some light.

A timely exit
Several niche property types have thrived during covid times, but none more than life science lab space. The sector got a profile boost when Blackstone recapitalized its BioMed investment, then again when a Tishman Speyer-backed fund raised $1 billion to target it. With so much capital looking to buy into the space, who is selling? Harrison Street Real Estate Capital, for one. The Chicago-based manager, along with partners Bullfinch and National Real Estate Advisors, sold a three-property life science portfolio in Cambridge, Massachusetts to the healthcare-focused REIT Healthpeak Properties for $720 million. So, while life science is the sector to buy in 2020, there is something to be said for selling, too.

Howdy, partner
Pandemic travel restrictions made it hard for investors to meet and commit to new managers, but many did anyway.

Losing steam
Office workers are not yet ready to return to their desks. In fact, occupancy rates in the 10 biggest US markets fell to 17.6 percent last month, the lowest level since mid-May, according to Kastle Systems, a security firm that tracks access card activity, full coverage in the Wall Street Journal here (paywall). The dip came just two weeks after occupancy rates hit their pandemic peak at 27 percent and coincided with the Thanksgiving holiday. But with covid-19 cases spiking, Christmas right around the corner and vaccines soon to follow, office owners could be in for a long silent night as their tenants put their returns on pause.

The value of experience
We have written before about the current challenges of valuing real estate assets, from the uncertainty around covid-triggered market dislocation to changing attitudes relating to the flex office sector. Now Deloitte’s 2021 commercial real estate outlook report suggests space is more likely to be valued based on the user experience it offers, rather than solely traditional metrics such as cost per square foot or sales per square foot, going forward. Additionally, a building’s health and safety-related ‘smart’ features and occupancy density might play a more important role in tenants’ leasing decisions than its location. However, only 38 percent of industry respondents told Deloitte they had increased collaboration with tenants to better understand their preferences.

And the nominees are…
Unprecedented has been thrown around quite a bit in 2020. But it certainly applies to this year’s class of PERE Global Awards nominees. With close to 400 submissions, it was a year like no other. Now, that group has been narrowed to a set of finalists from which you, the members of the industry, will choose. Look for voting to open on the PERE homepage this week.

Price is right for BGO
Despite the pandemic, BentallGreenOak raised approximately $5 billion in 2020, a source familiar with the matter tells PERE. But the firm expects greater capital raising exploits in the years ahead. To do this, it has bolstered its ranks with Richard Price (his LinkedIn here), the former head of Asia at CBRE Global Investors. As well as capital raising, Price is expected to be a part of BGO’s property technology effort. He will be based on the US West Coast. There are outgoings at BGO too. One man who will not be part of the firm’s ongoing plans is Douglas Poutasse (his LinkedIn here), the firm’s head of strategy and research, who is understood to be retiring.

Deepening the bench
StepStone Real Estate has expanded its advisory service practice with a prominent hire. Margaret McKnight (her LinkedIn here), formerly the co-chief investment officer and head of Americas for Carlyle’s Metropolitan Real Estate Investment Management division, has joined the New York-headquartered firm as a partner. She will work with the firm’s investor clients on investment strategies, secondaries, co-investments as well as new product development. McKnight will be the ninth partner in StepStone’s real estate group.

Getting in the game
AXA IM has joined the group of global institutional investors chasing data center investments in Asia-Pacific with its first acquisition in Japan. The insurer paid $210 million for the largest data center asset in Tokyo. Boosted by the development of 5G network connectivity, data centers has emerged as the most popular alternative real estate class in the region. Investment in the sector saw a seven-fold increase since 2018, according to Cushman and Wakefield. Singapore’s GIC also formed a $1 billion joint venture with Equinix to invest in Japanese data centers in April. Other institutional investors such as APG and ADIA have also made similar investments this year.